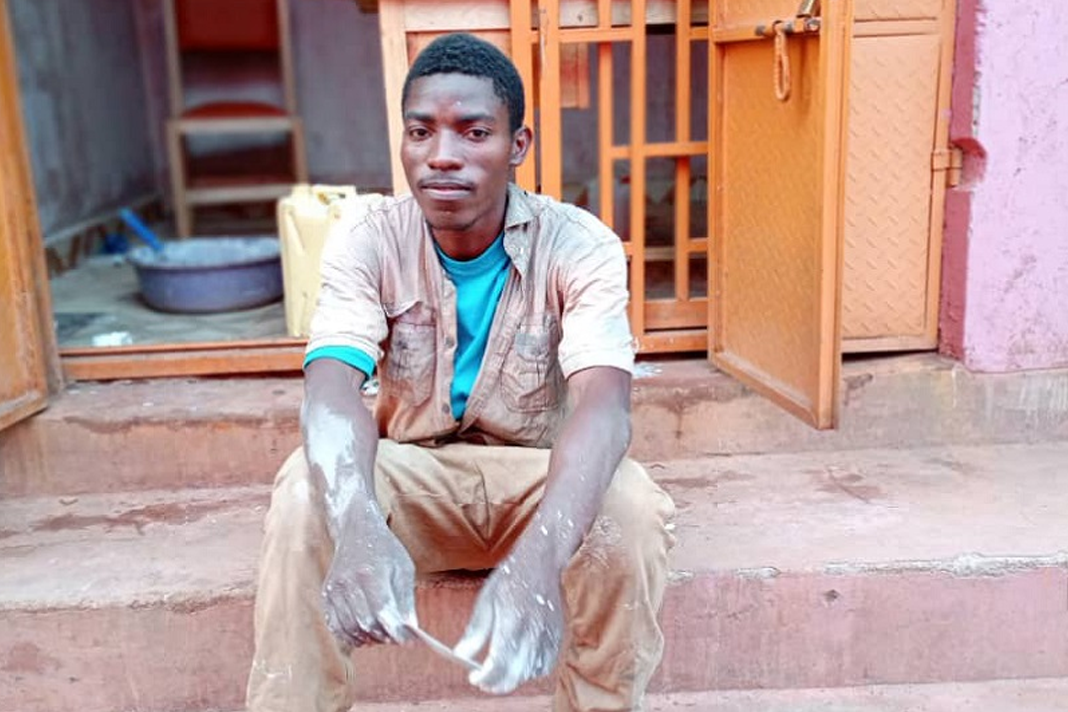 Hamza grew up in Uganda as a devout Muslim. But in 2018, he traveled to Kenya for work, where he was assigned to stay with a Christian believer. It was during this trip that he accepted Jesus as his Savior.

Hamza, 24, recalls that immediately after hearing the gospel, he wanted to know more about the Christian faith.

“I was not yet content with what I had been told,” he said. “I bought a Bible to know more deeply about what I was told, and I joined discipleship classes until I was convinced to truly give my life to Christ.”

After three months of working and learning the Christian faith, Hamza returned home to his family in Uganda. However, he kept his new identity a secret from his parents for fear of their reaction. In Uganda, those who convert from Islam are often cut off from their families and communities. Many Muslim societies believe that apostates should receive the death penalty, as required under their strict interpretation of Sharia law.

Despite this danger, Hamza knew that he had to tell his family the truth. Their response was one of disappointment and concern, and they tried to convince their son to return to the Islamic faith.

Two weeks after Hamza returned home, his mother became terribly sick and died. Hamza’s family blamed him for her death, concluding that it was due to his Christian conversion.

“I suffered from physiological torture and threats from relatives throughout the burial process,” he said.

In 2019, Hamza decided to leave home and was able to rent his own apartment in a different town. Soon, his sister and younger brother also received Christ and came to live with him to escape the threats at home.

Today, Hamza earns a living by doing his passion: art. While he has clients that buy his paintings, his business has been stagnant due to his inability to afford proper art supplies. Hamza desired to own an art studio, where he could showcase his work and fulfill the potential of his God-given gift.

When International Christian Concern learned of Hamza’s story, we visited him to put together a plan. About a month later, he received his very own studio, furnished and filled with the art supplies he desired.

Hamza could hardly believe his eyes.

“All I can say is, thank you for healing the pain I have carried since I gave my life to Jesus Christ,” he said. “May the good Lord bless everyone who is behind the fulfillment of my desire.”