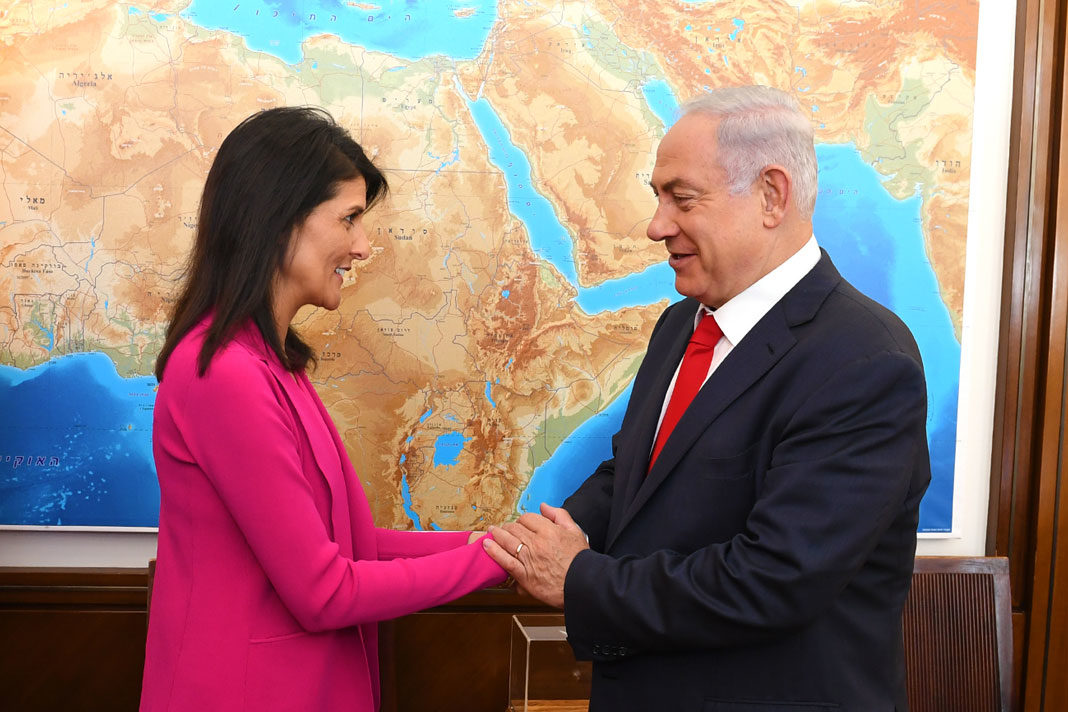 In New York, Netanyahu thanked the US envoy to the UN for defending the Jewish state on behalf of the Israeli people, who greatly appreciate her friendship.

Prime Minister Benjamin Netanyahu met with US Ambassador to the UN Nikki Haley on the sidelines of the UNGA, during which he thanked her for “clearing the air” at the UN, which “still permeates with the stench of anti-Israel and anti-Semitic resolutions.” ­­­­­­­­­­­­­

“You can see how appreciative the people of Israel are and the many friends of Israel are around the world, we appreciate and I want to thank you,” Netanyahu told Haley.