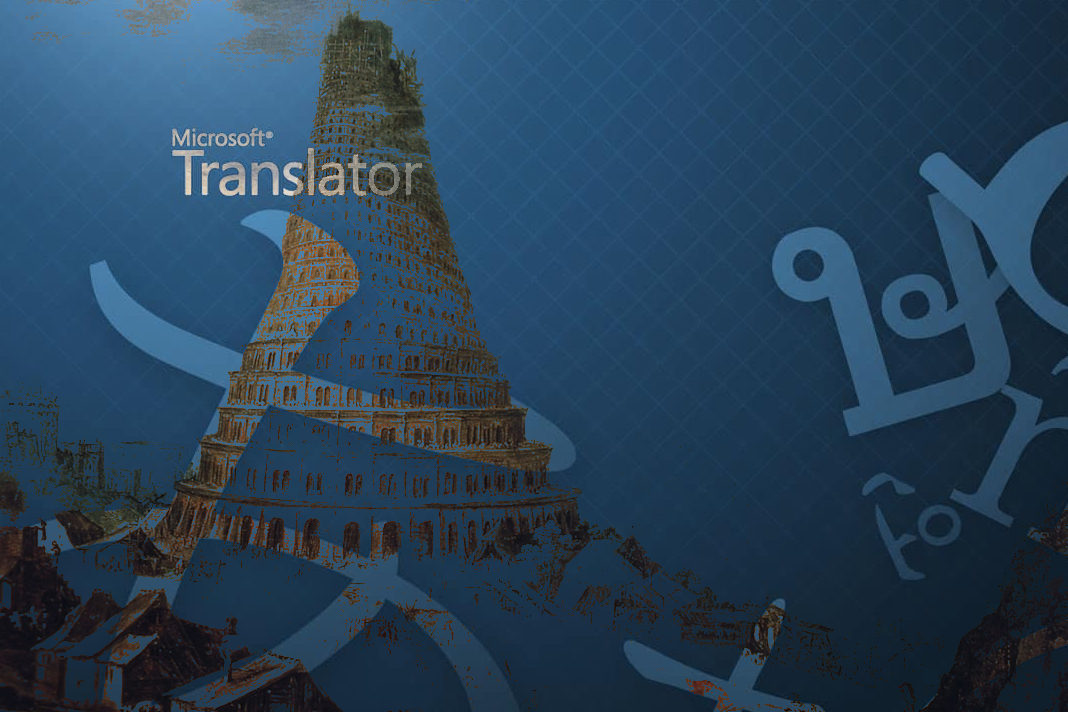 Just before Christmas, you might have seen a commercial for the Microsoft Translator. In it, Microsoft touts its new technology for instant language translation. A little girl sees her mom talking to overseas business partners. The mom speaks English, and her partners hear her in Japanese. They respond in Japanese, and she hears them in English. When the opportunity presents itself, the little girl uses her mother’s device in an attempt to speak to reindeer, asking questions such as how reindeer fly and what Santa’s sleigh is made of.

Dozens of similar apps exist, and in the months and years to come, they’ll get faster, more accurate, and offer more and more languages.

Why This Matters
A generation ago, a technology like Microsoft Translator would’ve astounded the world. But if you’re like most people today, you take it for granted. We’ve come to expect these kinds of breakthroughs. Why is this one any different?

It’s different because this type of technology is a true revolutionary breakthrough. It has far reaching implications. Apps such as Microsoft Translator and iTranslate erase language barriers – language barriers God put in place for a specific reason.

Remember, God is the one who created different languages in the first place. The Bible records this in Genesis 11 where we read the Tower of Babel story. According to the Bible, here’s what happened several thousand years ago:

“At one time the whole world spoke a single language and used the same words. As the people migrated eastward, they found a plain in the land of Babylonia and settled there. They began to talk about construction projects. ‘Come,’ they said, ‘let’s make great piles of burnt brick and collect natural asphalt to use as mortar. Let’s build a great city with a tower that reaches to the skies – a monument to our greatness! This will bring us together and keep us from scattering all over the world.’ But the Lord came down to see the city and the tower the people were building. ‘Look!’ he said. ‘If they can accomplish this when they have just begun to take advantage of their common language and political unity, just think of what they will do later. Nothing will be impossible for them! Come, let’s go down and give them different languages. Then they won’t be able to understand each other.’ In that way, the Lord scattered them all over the earth; and that ended the building of the city. That is why the city was called Babel, because it was there that the Lord confused the people by giving them many languages, thus scattering them across the earth.” Genesis 11:1-9 (NLT)

Did you notice anything? As soon as God saw the tower being built, He immediately scattered the people and confused their languages. But why? Why didn’t He just destroy the tower and send the builders home? Something concerned the Almighty Creator so much He took immediate action to end it right then and there. God told us what concerned Him, and in doing so, He issued a prophecy. He said, “Nothing would be impossible for them” (Genesis 11:6).

What does this mean? It means if the human race is united with a common language and a common purpose, “nothing” will be impossible for them. So why should you care about the Tower of Babel story and God’s prophecy? Because today, we’re seeing a reversal of the actions God took so many centuries ago.

At the Tower of Babel, God scattered the human race and confused them with different languages. In doing so, He ended two aspects of human civilization at that time:

1) Global government, and
2) A common language

When it arrives, technologies like Microsoft Translator will insure the world is no longer divided by language. With no nation states and no language barriers, the world will be free to work toward a common purpose. The world will exist in the very state God warned against. “Nothing will be impossible for them” (Genesis 11:6). So what will they do? The Bible says mankind will declare war against God.

Think that’s ridiculous? I don’t blame you. So don’t take my word for it. Go to your Bible, where you’ll find passages like these:

“These miracle-working demons caused all the rulers of the world to gather for battle against the Lord on that great judgment day of God Almighty.” Revelation 16:14 (NLT)

“Then I saw the beast gathering the kings of the world and their armies in order to fight against the one sitting on the horse and his army.” Revelation 19:19 (NLT)

What is this desire? To exalt mankind (Genesis 11:4). The end times generation will be arrogant (2 Timothy 3:2). They’ll curse God (Revelation 16:9), and they’ll despise Him (Revelation 16:11,21). If they grow in strength to the point “nothing will be impossible for them,” is it really difficult to believe they’ll use their power to attack God? No. It’s not.

So how far away are we from witnessing these events? Not far. The Bible says the world will gather its armies to fight against the Lord just a few short years after global government arrives. And current trends are moving the world toward global government at breakneck speed.

Globalization is making the world smaller, and language barriers are disappearing. New technologies are bridging language barriers. Microsoft Translator and iTranslate are just the latest examples. More and more people see themselves as global citizens rather than national citizens, and politicians all over the world are pushing for open borders. All this paves the way for global government, something the world hasn’t seen since it abandoned the Tower of Babel project several thousand years ago.

Jesus is Coming
In the near future, advances in artificial intelligence will lead to perfect voice-to-voice language translation. This will eliminate all language barriers and open the door to greater cooperation among people of different nations. And of course, greater cooperation will further accelerate the arrival of new technological breakthroughs.

Devices will be so small and ubiquitous, I’ll be able to talk to you in one language, and you’ll hear me in another. You’ll talk back to me in your language, and I’ll hear you in mine. Once this technology becomes widespread, the language barriers dividing the world since the Tower of Babel will disappear forever.

This means one of the last obstacles to world government and a united humanity will also disappear for the first time since the Tower of Babel. With advanced technology, the Antichrist will fulfill the Tower of Babel prophecy – a world with no borders and no language barriers.

A united world with one people and one purpose. A world where “nothing will be impossible” for humanity. That “nothing” includes a direct physical confrontation with the God of the Universe. Make no mistake. We live in a time like no other. All the end times signs Jesus and the prophets said to look for are present in our generation.