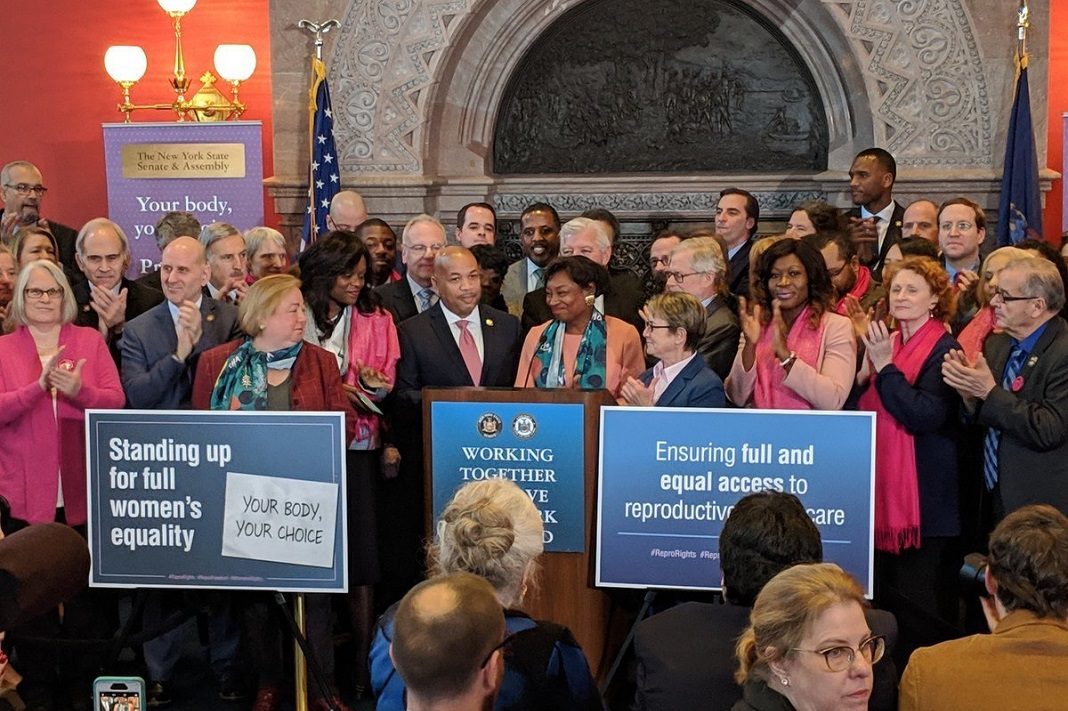 After an intense debate for and against the proposal, the New York state Legislature passed a bill Tuesday that makes it legal for doctors and other health care professionals, such as midwives and physician assistants, to perform abortions up until birth for any reason in the state.

The so-called Reproductive Health Act that abortion advocates have been trying to get passed for 12 years and has been vehemently opposed by religious and conservative groups, passed with a 38-28 vote and thunderous applause in the state Senate chamber. The bill codifies federal abortion rights guaranteed under the 1973 Roe v. Wade Supreme Court decision and removes abortion from the state’s criminal code.

Abortion was legalized in New York some three years before the Roe v. Wade decision, but remained on the state’s criminal code, making it a felony to perform late-term abortions according to the Democrat & Chronicle.

The law defined homicide as “conduct which causes the death of a person or an unborn child with which a female has been pregnant for more than 24 weeks.”

The Reproductive Health Act removes abortion from the penal code, and further notes in part that: “Every individual has the fundamental right to choose or refuse contraception or sterilization. Every individual who becomes pregnant has the fundamental right to choose to carry the pregnancy to term, to give birth to a child, or to have an abortion, pursuant to this article.”

The New York State Catholic Conference said in a statement on Facebook that Democrat New York Gov. Andrew Cuomo was expected to sign the controversial bill at a reception in the Executive Mansion immediately after legislators voted to approve it. And Cuomo appeared ready as he celebrated Sarah Weddington, the lawyer nationally known for successfully arguing the winning side of the Roe v. Wade case before the U.S. Supreme Court. Weddington was recognized in the chamber during the vote.

“Sarah Weddington made history in 1973 when she won the Roe v. Wade case at the age of 27. I am so thrilled that this incredible woman is joining us at the bill signing of the #ReproductiveHealthAct, which will protect Roe v. Wade in the State of New York,” Cuomo tweeted before the vote Tuesday.

As the debate over the bill was underway Tuesday, supporters chanted, “Free abortion on demand, can we do it, yes we can.” Those who opposed the proposal chanted back while holding posters with images of babies and signs reading messages such as “I regret my abortion.”

Religious groups such as the Office of Adult Faith Formation of the Archdiocese of New York, called on the faithful Tuesday to pray in anticipation of the bill’s passage.

“New Yorkers, join us tonight, it is important more than ever to pray as we expect that the Reproductive Health Act – Abortion Expansion will become law in the state of NY making late-term abortion legal in NY,” the group noted in a tweet.