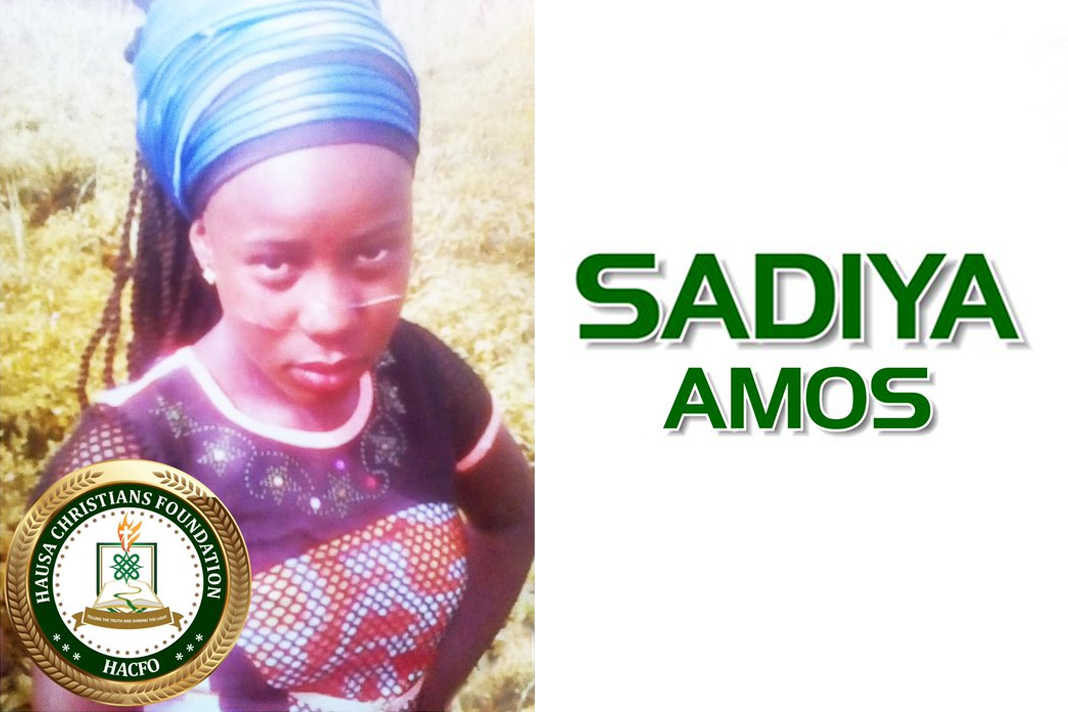 On March 12, the Hausa Christian Foundation (HACFO), released a statement that one young girl named Sadiya Amos was able to escape from kidnappers and return to her family. In the post, the group says that Sadiya was taken from her family in early January by a group of Muslim men in Northern Kaduna State. She was then subsequently married of to one of her abductors.

According to Sadiya, a 15-year-old girl, she spent the next month or so in a small room with guards outside the door. She was forced to convert to Islam and taught to believe her captors beliefs. However, Sadiya was able to finally escape from the kidnappers. According to HACFO, Sadiya said that one day her guards fell asleep while outside her door. They had also accidently left the door unlocked. When she realized this, she was able to run away and make her way back to her parents’ home.

During the time that Sadiya was in captivity, her parents were also going through their own trouble. On January 7, shortly after Sadiya was taken, her father, Amos Chindo was forced to attend a Sharia court hearing. The Sharia court, which only holds sway because Kaduna State enforces Sharia law, accused Mr. Amos of trying to stop his young daughter of converting to Islam. Mr. Amos, a Christian, tried to say that his daughter is only 15 and that he is not accountable to the Sharia court because he is not a Muslim. The court however did not let him speak or see his daughter. They threatened him and adjourned the trial until January 14.

On the 14th, the judge proclaimed that Sadiya was now a Muslim and married to her abductor. Sadiya was not present at the time of the hearing and the parents were not allowed to speak. All of this was done in order to protect the abductors and to enforce an illegal child marriage.

Mr. Amos and his wife are very grateful that their daughter was able to escape from her captors. She is now with her parents at home and considers herself a Christian. However, there are many young girls in Nigeria who are not as fortunate as Sadiya. They are never able to escape from captors like these. HACFO says that they are currently trying to secure the release of another 18 girls who were taken illegally. Please pray for young Christian women in Nigeria who face this kind of extreme persecution.