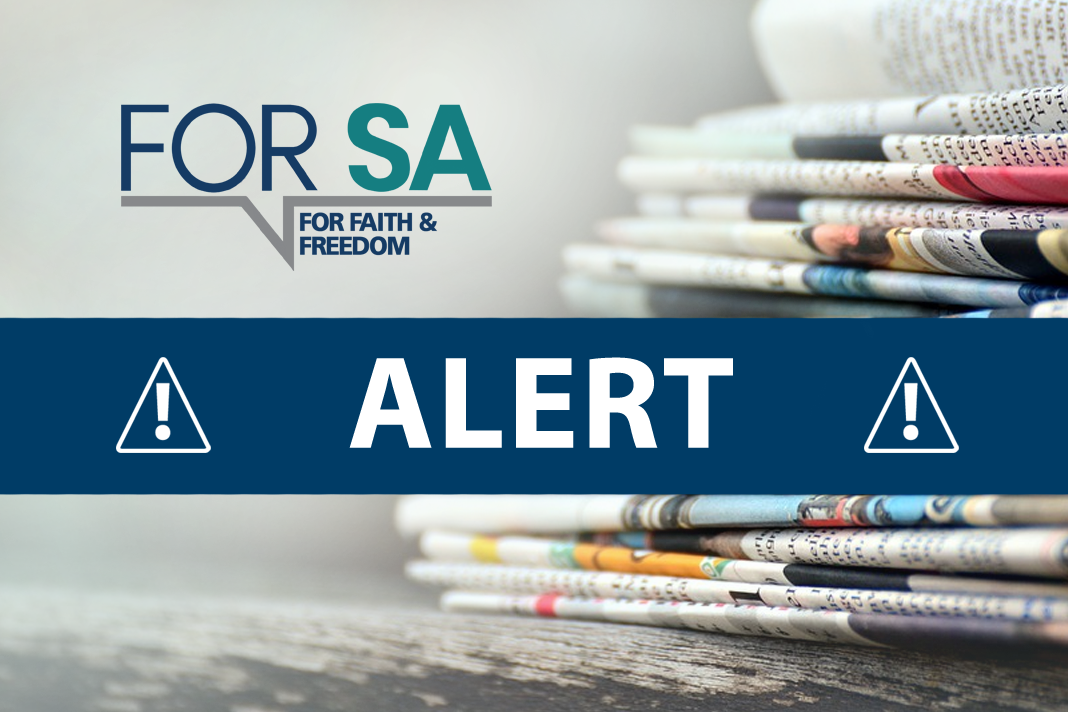 We are facing the greatest threat to religious freedom in South Africa yet, in the form of the PEPUDA Amendment Bill.

This Bill will make a target of every person and institution of faith and lead to a flood of litigation and punitive sanctions (fines, even jail time or closure of religious institutions) against you – simply for expressing and practising your religious beliefs!

FOR SA is calling all religious leaders and people of faith in South Africa to be informed of the severe threat, and to make sure Government hears your voice!

To assist you, we have prepared template submissions for you to use “as is” or adapt, and then send to the Department of Justice by WEDNESDAY, 30 JUNE 2021.