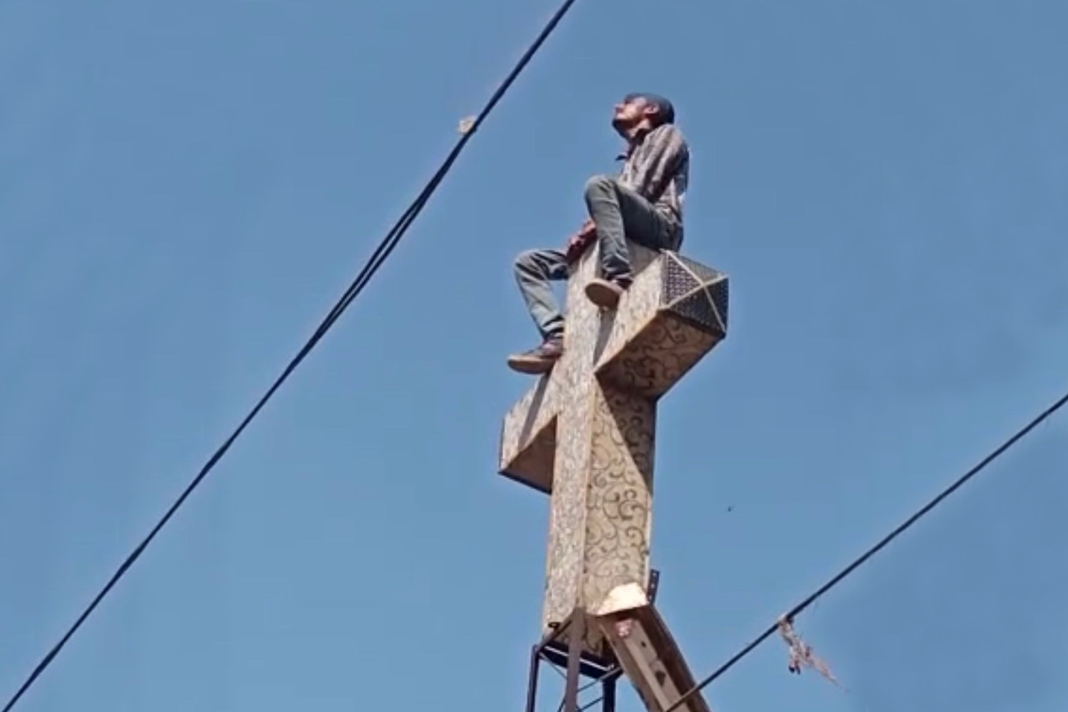 On March 16, 2022, at about 10am a Muslim man called Muhammad Bilal climbed up on a cross about 40ft high, fixed at the entrance of One In Christ Church in Green Town, Lahore and started shouting “Allahu Akbar”.

He was later arrested.

The church founder, the Rt Revd Dr. Mukhtar M. Waqas told CLAAS team that after the morning prayer he was sitting in the church when he heard some noises.

He said: “When I came out, there was already a gathering in front of our church and they were all looking towards the cross over the church, where one man was sitting on the cross, shouting loudly “Allahu Akbar”, “Allahu Akbar”, and shaking the cross with full force. It looked like he was trying to pull it to the ground.”

The Bishop further said that when Bilal failed to pull the cross down and he saw people gathering, he jumped down.

He said: “He was injured but tried to escape from the scene with his two friends, but I blocked their way.

“It seems like it was a pre-planned activity.  I told them that I cannot allow you to leave until the police come.

“The police Station, Green Town registered the case under PPC section 295A and 325 but later on we were informed that because of interference from some local leadership (Muslim), the police freed Bilal.”

When the bishop protested and demanded justice and an impartial investigation, the police arrested Bilal again and now he is in police custody. 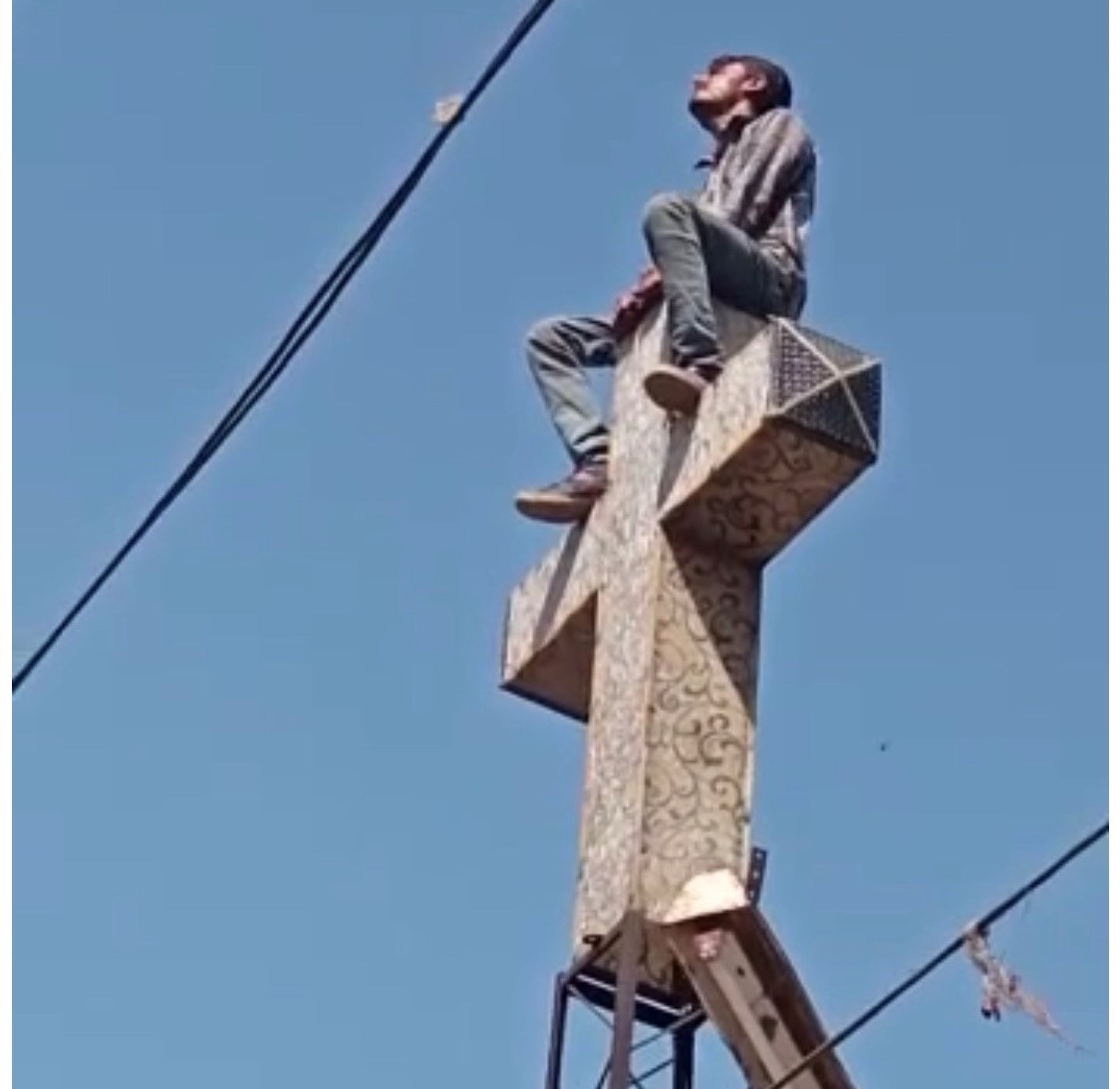 The Bishop said: “It is very important for us to know why this incident took place and who he was and if he acted alone or if any group is behind this plan, as it is a matter of the safety of the local Christian community.

Nasir saeed Director CLAAS-UK condemned the desecration of the church and said: “ I hope these are the actions of an individual and no group is involved, otherwise this could happen again.

“Christians have felt under attack for a long time and are living in fear, they don’t feel safe as kidnappings, forced conversion, illegal possession of churches and Christian properties and attacks on churches have become a daily occurrence.

“The sad thing is criminals are committing such crimes with impunity and they think they are above the law.  I hope the government pays attention to the concerns of the religious minorities to make them feel safe, protected and as equal citizens of the country.”