Home News Persecution Of Christians Is Rising In Africa 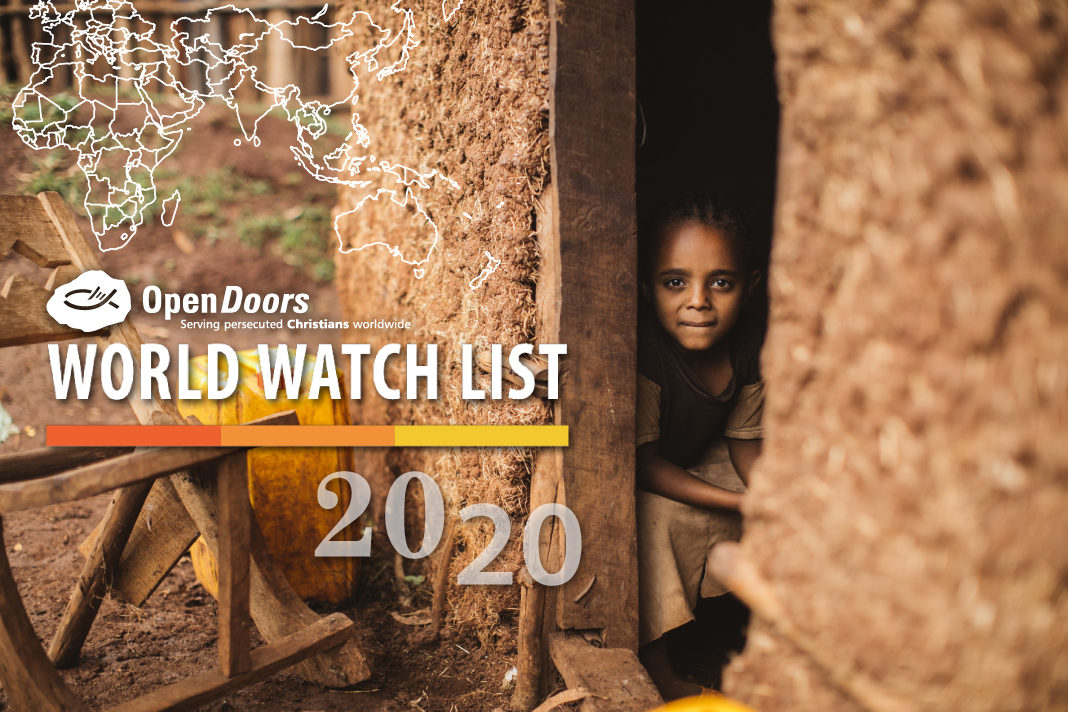 Open Doors has released its 2020 World Watch List (WWL), a list that is compiled every year of the top 50 countries in the world where it is most difficult to live as a Christian. One of the biggest surprises and worries of this year’s list is the increase of persecution in Africa, and how Islamic extremism and intolerance is spreading across African countries. What is even more worrying is how we, as the Body of Christ in the ‘free Church’, seem to be uninformed of the plight of our brothers and sisters on our very own continent… Now is the time to change that and to start speaking out.

Let us take a look at which countries are under fire…

Sudan (#7) and Eritrea (#6) are both ranked among the top 10 countries of worst persecution of Christians. Religious freedom in Eritrea continues to be denied as hundreds of Christians face detention. In June 2019, the government suddenly seized and closed all 22 Catholic-run health clinics and arrested five Orthodox priests. In Sudan, Christians face constant discrimination and pressure—multiple church buildings have been demolished and in the certain areas of ongoing conflict, many Christians are attacked indiscriminately.

Nigeria is staying at the #12 position and is the country with the most violent persecution of Christians in Africa. This is mainly due to violent Fulani militants attacking Christian communities and churches, as well as to Boko Haram and a range of armed criminal groups who kill, kidnap and rape with impunity.

Burkina Faso (#28) is a country previously known in the region for its religious tolerance and lack of conflict. But this year, however, it has risen faster and further on the WWL than any other country, considering that it was not even ranked in the top 50 countries in 2019. Burkina Faso has experienced several Islamic attacks in recent years. At least 50 Christians are known to have been targeted and killed for their faith. Violent Islamic militants have singled out villagers wearing Crosses to kill them. Churches, schools, and Christian non-government organisations have been attacked or have closed out of fear while militants attack with impunity.
Algeria has also risen on the WWL from #22 to #17 with the closing of an estimated 46 churches in the country.

Morocco is joining the acceleration at #26 on the list (up from #35 last year) with heightened intolerance towards Christians and Western influences in their communities.

Cameroon (#48) is also new to the WWL and joins in the same fate as Burkina Faso, as the Islamic group Boko Haram has gained strength and presence in the country and has waged a series of attacks in the northern part of the country.

Niger (#50) has also re-entered the 2020 WWL, mainly due to the rise in radical Islamic influence across Sub-Saharan Africa.

Throughout Africa, a noticed trend of religious intolerance and Islamic militant extremism is present. The Church in Africa is indeed under attack… but how do we respond?

The Word says that “everyone who wants to live a godly life in Christ Jesus will be persecuted” – 2 Timothy 3:12. The fact that persecution is spreading and worsening should therefore not surprise us – but what all of us can do is take up our armour and fight the spiritual battle alongside our family in Africa.

Join us in the battle this year by being informed about persecution around the world, by praying, supporting, and standing with our persecuted brothers and sisters where faith costs the most.

Download your FREE World Watch List Prayer Map on our website at www.OpenDoors.org.za/wwl and stand in the gap for our brothers and sisters, making sure that though they are persecuted, they are never alone… 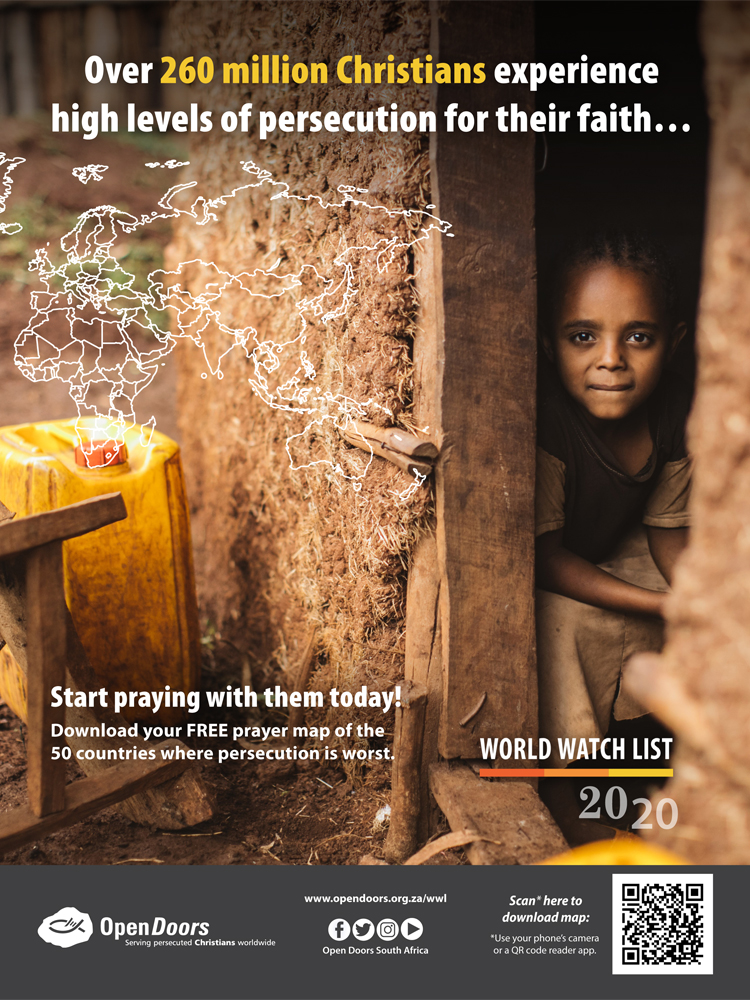