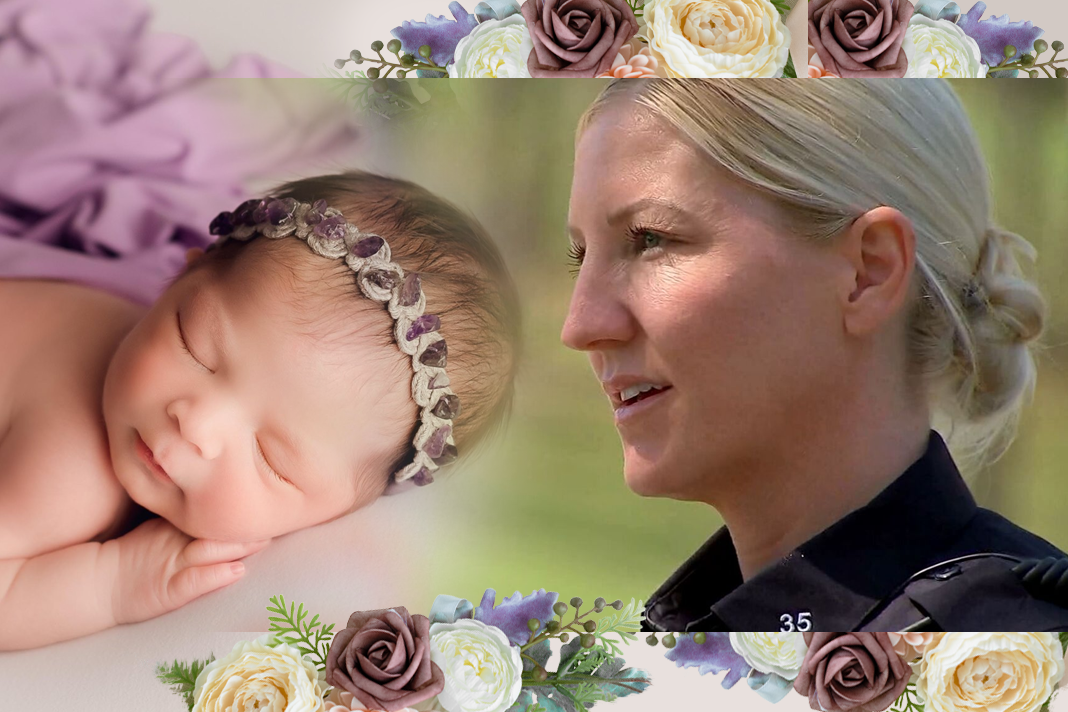 A Pennsylvania couple is grateful for the efforts of a police officer, who saved their nine-day-old baby’s life.

Joe Schleicher and his wife were driving their newborn daughter Olivia to the hospital because she had been very fussy. When they were stopped at a red light, his wife suddenly shouted to her husband. “She said, ‘She’s not breathing. She’s not breathing. I have to get her out of the car seat,’ and we were sitting at a red light at that point,” Schleicher said, according to WKRC.

That’s when Schleicher saw Officer Kristin Mitrisin. He beeped to gain her attention and shouted that his baby needed help. “I heard beeping next to me. I saw a male driver waving to me. I put down the window,” said Mitrisin, according to WXPI. Mitrisin instructed him to pull over into a nearby parking lot, and as soon as he did, she jumped into action doing chest compressions on the baby.

While this was going on, a bystander also pulled over and offered to help. “I asked him ‘sir can you please get the AED out of my car.’ He said, ‘yes I’m a corrections officer, I’ll help you,’” Officer Mitrisin stated. The AED analyzed the baby’s heart rhythm while Mitrisin continued to do compressions, and the Schleichers stood by, terrified.

When the baby let out a cry a few minutes later, the Schleichers let out a sigh of relief while Officer Mitrisin described it as “the best cry” she had ever heard. Olivia was rushed to the Children’s Hospital of Pittsburgh, where she is doing well but will require surgery for a heart condition.

That Olivia made it that far is all thanks to Officer Mitrisin being in the right place at the right time. “She saved my baby’s life. I’m very thankful. Words can’t even explain how I feel and how thankful I am,” said Ms. Schleicher.

Mitrisin felt duty-bound to assist. “I’m a mother of two children so I would hope someone could help me,” Mitrisin said. For Officer Mitrisin, the life-saving encounter with the Schleichers was not merely luck or good timing. “I just know that God put me there that day,” she said.