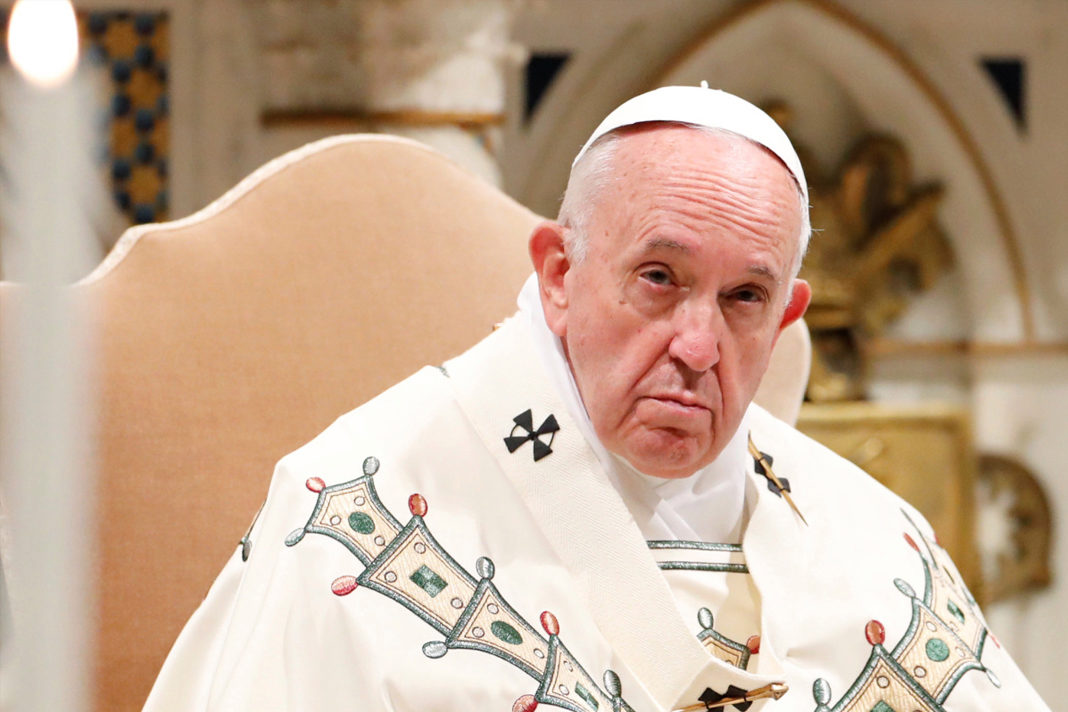 Why does it seem like virtually everyone wants to attack Christian fundamentalists these days?  Recently, Pope Francis made some extremely controversial remarks, but those remarks really didn’t get much attention from the mainstream media.  Of course if the Pope had targeted the LGBTQ community or some other favored group, it would have instantly made headlines all over the globe.  But he didn’t.  Instead, Pope Francis specifically attacked fundamentalists, and in today’s world that is considered to be perfectly okay.  The following comes from the official transcript of the remarks that the Pope made on the 18th of November…

“Beware of the fundamentalist groups: everyone has his own. In Argentina too there is a little fundamentalist corner. And let us try, with fraternity, to go forward. Fundamentalism is a scourge and all religions have some kind of fundamentalist first cousin there, which forms a group.”

Ostensibly, these remarks apply to fundamentalists from all religions.  But by mentioning Argentina, the Pope made it exceedingly clear who his real target was.

Of course “a scourge” is another way of saying “a plague”, and what do we try to do to “a plague” when one breaks out?

That is something to think about.

And although the term “fundamentalist” is now sometimes used to refer to other religions, from the very beginning it has always been a Christian term.  The following comes from the Encyclopedia Britannica…

Christian fundamentalism, movement in American Protestantism that arose in the late 19th century in reaction to theological modernism, which aimed to revise traditional Christian beliefs to accommodate new developments in the natural and social sciences, especially the theory of biological evolution. In keeping with traditional Christian doctrines concerning biblical interpretation, the mission of Jesus Christ, and the role of the church in society, fundamentalists affirmed a core of Christian beliefs that included the historical accuracy of the Bible, the imminent and physical Second Coming of Jesus Christ, and Christ’s Virgin Birth, Resurrection (see resurrection), and Atonement (see atonement). Fundamentalism became a significant phenomenon in the early 20th century and remained an influential movement in American society into the 21st century.

So what is a “Christian fundamentalist”?

In other words, the Pope considers millions upon millions of Christians to be a plague that is infecting our planet.

During those same remarks on the 18th of November, the Pope also once again pushed his “interreligious cooperation” agenda…

As I said during the World Conference of Human Fraternity: “There is no alternative: we will either build the future together or there will not be a future. Religions, in particular, cannot renounce the urgent task of building bridges between peoples and cultures. The time has come when religions should more actively exert themselves, with courage and audacity, and without pretence, to help the human family deepen the capacity for reconciliation, the vision of hope and the concrete paths of peace” (4 February 2019). Our religious traditions are a necessary source of inspiration to foster a culture of encounter. It is fundamental for there to be interreligious cooperation, based on the promotion of sincere and respectful dialogue that goes towards unity without confusion, maintaining identities. But a unity that transcends the mere political pact.”

This Pope has become increasingly aggressive in his efforts to foster unity among the various major religions of the world.  Last month, he held a much publicized meeting with Thailand’s supreme Buddhist patriarch Somdej Phra Maha Muneewong.  That historic meeting was held at Bangkok’s famous Ratchabophit Temple, and the Pope met with the Buddhist patriarch directly in front of a 150-year-old gold statue of Buddha.  The Pope even removed his shoes as a sign of respect for the Buddhist temple.

Pope Francis also brought a gift for the Buddhist patriarch.  It was a copy of a document entitled “Human Fraternity for World Peace and Living Together” which the Pope and the Grand Imam of Al-Azhar both signed in Abu Dhabi last February.  The following is what Vatican News had to say about the exchange of this gift…

Pope Francis presented gifts to the Supreme Buddhist Patriarch, including a copy of the Abu Dhabi Declaration on “Human Fraternity for World Peace and Living Together”. The Pope signed the document together with the Grand Imam of Al-Azhar, during his visit to the United Arab Emirates in February this year.

According to Cardinal Ayuso, including the Abu Dhabi Declaration among the gifts exchanged, highlighted the importance of spreading its message on Human Fraternity for peace and coexistence beyond the Middle East to Asia.

“Human Fraternity for World Peace and Living Together” sounds like an innocent title, but it is actually a loose blueprint for uniting the various religions of the world.

For example, at one point in the document it specifically says that the fact that there is such a diversity of religions in the world has been “willed by God in His wisdom”…

“The pluralism and the diversity of religions, colour, sex, race and language are willed by God in His wisdom, through which He created human beings. This divine wisdom is the source from which the right to freedom of belief and the freedom to be different derives. Therefore, the fact that people are forced to adhere to a certain religion or culture must be rejected, as too the imposition of a cultural way of life that others do not accept”

In other words, this document is saying that God is pleased with all of the religions of the world and that they exist because it was His will for them to do so.

In conclusion, our aspiration is that:

this Declaration may constitute an invitation to reconciliation and fraternity among all believers, indeed among believers and non-believers, and among all people of good will;

this Declaration may be an appeal to every upright conscience that rejects deplorable violence and blind extremism; an appeal to those who cherish the values of tolerance and fraternity that are promoted and encouraged by religions;

this Declaration may be a witness to the greatness of faith in God that unites divided hearts and elevates the human soul;

this Declaration may be a sign of the closeness between East and West, between North and South, and between all who believe that God has created us to understand one another, cooperate with one another and live as brothers and sisters who love one another.

This is what we hope and seek to achieve with the aim of finding a universal peace that all can enjoy in this life.

On the political front, globalism may have lost some momentum, but in religious circles it is steaming right along.

The push for a one world religion is happening right out in the open, and very few people seem alarmed by it.