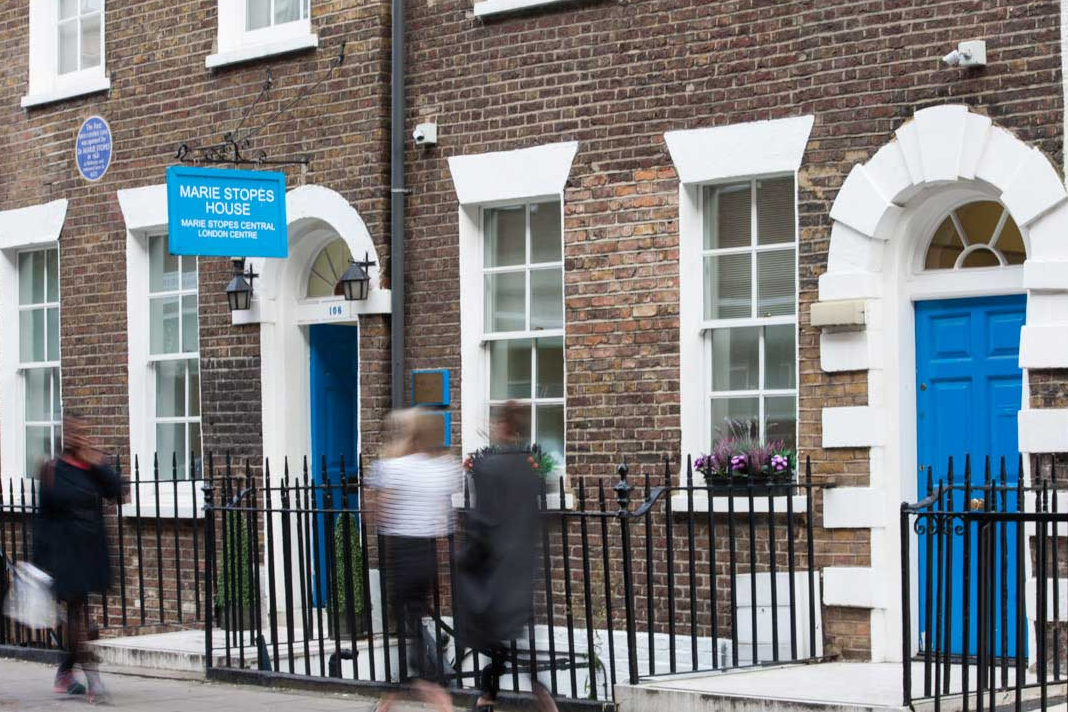 A flagship abortion clinic and the first in Britain has closed its central London location as of May, according to 40 Days for Life.

The 104 Whitfield street location of MSI Reproductive Choices (formerly known as Marie Stopes International) was one of the first birth control and abortion facilities founded in the eugenicist’s name in 1921. Whitfield Road has been the location of the clinic since 1925, but after years of 40 Days for Life Campaigns on the facility’s sidewalks, it reportedly closed its doors on May 29th.

In a video posted to YouTube, the nation’s 40 Days for Life founder Robert Colquhoun could not contain his joy. “This is the latest abortion center to close in the United Kingdom,” he said. “It’s where our first ever 40 Days for Life campaign started in the United Kingdom, and I’m so happy that this abortion center has finally closed. Praised be Jesus Christ!”

MSI Reproductive Choices has been in the spotlight in recent years. In 2020, the abortion business changed its name to distance itself from the racist views of Marie Stopes, who wrote admiring letters to Adolf Hitler and founded the Society for Constructive Birth Control and Racial Progress. However, the organization has an outreach in Africa that has distributed long-acting birth control to underage girls without parental consent, continuing Stopes’ racist legacy.

The closing comes despite a large increase in British taxpayer funds to MSI Reproductive Choices in recent years, as Live Action News reported. In 2019, the organization’s chief executive received a 100% bonus, which came notwithstanding a damning 2016 report by the UK’s Care Quality Commission (CQC) which cited many locations for thousands of unsafe practices including throwing bodies of aborted babies in the trash, bulk signing of consent forms without showing or explaining them to patients, doctors going home while patients were sedated, as well as medical staff lacking training in resuscitation and other critical life-saving measures. One horrifying story recounted giving a vulnerable and distressed patient an abortion without her consent.

Two reports the following year found that MSI had paid bonuses to employees when women had abortions as part of a way to encourage more abortions. A second report detailed 400 botched abortions in two months and almost two dozen emergency transfer to the hospital after failed abortions. The findings ultimately forced the abortion chain to put a halt to half of their abortions while the serious issues were addressed.

After Marie Stopes’ original clinic went bankrupt in 1976, it was taken over and re-founded as Marie Stopes International by Tim Black and Phil Harvey, owners of Adam and Eve, one of the largest sex shop/pornography companies in the world, which has in turn given millions of dollars to the international abortion chain.

“If this can happen here in London, it can happen anywhere,” Colquhoun said on YouTube. “It can happen in your town, and expect miracles to happen through your 40 Days for Life campaign. I never thought I’d be making this video.”

Much like Planned Parenthood’s founder Margret Sanger, Marie Stopes was a strong supporter of the eugenics movement. Up until recently, both women have been widely praised as ‘feminist icons’ for their efforts to expand the killing of unborn children and make the practice mainstream.

As more information about their beliefs continued to be brought to the population’s knowledge however, the abortion organizations began to distance themselves from their formerly beloved founders.

The Christian Institute in the UK, wrote:
Born in 1880, Stopes became involved in sex education and ‘family planning’ in the late 1910s. In her book ‘Radiant Motherhood’, she wrote: “it is the urgent duty of the community to make parenthood impossible for those whose mental and physical conditions are such that there is a certainty that their offspring must be physically and mentally tainted”.

She lobbied Parliament extensively for enforced sterilisation of those with diseases or mental health issues, ‘half-caste’ individuals, those of ‘bad character’ or ‘prone to drunkenness’, and the ‘ugly and unfit’.

Stopes was also supportive of the Nazis, attending their Congress for Population Science in Berlin in 1935, and writing a personal letter containing love poems to Adolf Hitler in 1939.

Though both women had like-minded goals with that of Adolf Hitler, the industry that Sanger and Stopes pioneered has killed many millions more. This was partly due to the continually shifting propaganda strategies, growing public support (which provided a morality “shield in numbers”), and the large increase in sexual promiscuity.

Chiefly, however, it is more accurate to say that the abortion industry has been “successful” because of our society’s continually expanding rejection of God and Biblical Truth.

We too at Harbingers Daily praise Jesus for the closure of this abortion facility. Our land has become polluted with blood. Generations of women have, through Biblical ignorance, been convinced by a godless world that such evil is acceptable. The only resolution to these things is found in Jesus Christ.

Ray Comfort in his article , “Abortion Conversations Should Lead to the Cross,” wrote:
While we must address the evil of abortion, we should always keep in mind that it is only one symptom of a generation that has become godless. It is a branch, not the root. Our agenda as Christians isn’t moral reformation, but to see sinners saved from the Day of Judgment through the righteousness of Jesus. He saves us from wrath to come (see 1 Thessalonians 1:10). And the fruit of the Gospel will be that men and women forsake all evil.