Home News Pray For The Democratic Republic Of The Congo 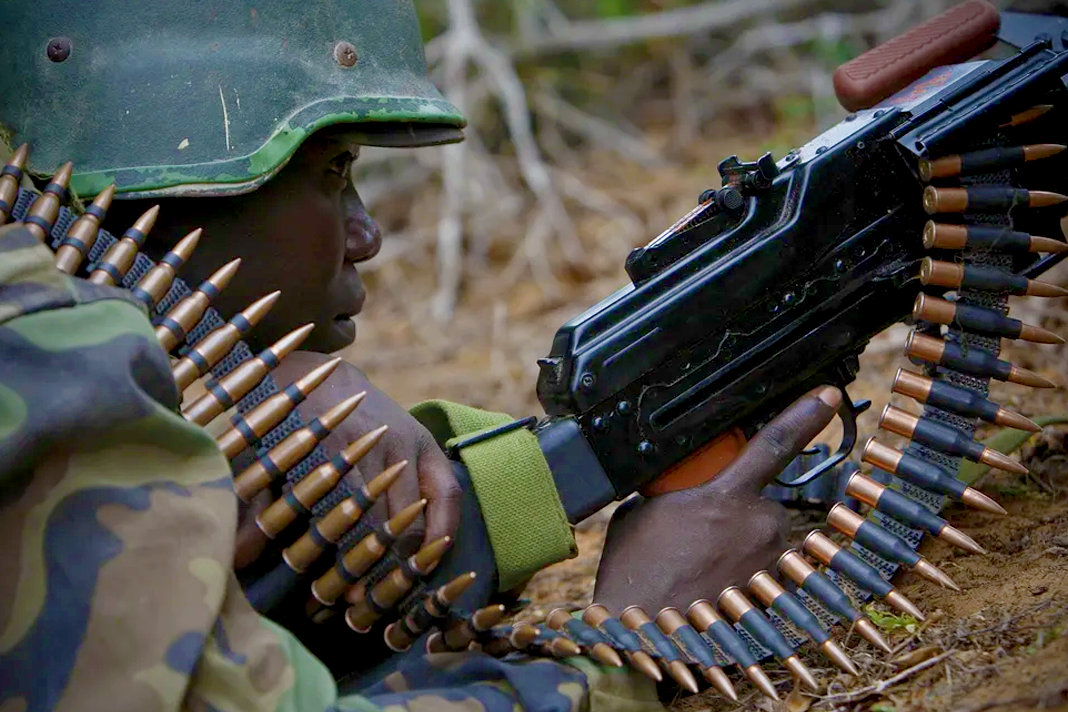 “Blessed are the peacemakers, for they shall be called sons of God.” (Matt 5:9, ESV)

What Is Happening?
The chairman of the African Union (AU), President Macky Sall of Senegal, said he was “gravely concerned” at rising tensions between the Democratic Republic of the Congo (DRC) and Rwanda. He called for calm and urged both sides to resolve their dispute through dialogue. On Saturday, Rwanda said two of its soldiers were being held captive after being abducted by rebels in eastern DRC and accused the country’s authorities of supporting them.

This statement comes after the DRC summoned Rwanda’s ambassador and accused its neighbour of supporting the notorious M23 rebel group (who claim to represent the interests of ethnic Tutsis). According to the Red Cross, about 27 civilians were killed by members of another rebel group (Allied Democratic Forces), also active in the region. Over the past week, the violence has displaced over 72,000 people.

Why Is This Important?
Relations between the DRC and Rwanda have been strained since the mass arrival in eastern DRC of Rwandan Hutus accused of massacring Tutsis during the 1994 genocide. Both the DRC (91.6%) and Rwanda (89%) are considered Christian-majority nations. Matthew 5:9 (ESV) says, “Blessed are the peacemakers”. Join us as we intercede on behalf of these two nations, and for local believers to be voices and ambassadors of peace.

Pray
• for a de-escalation of current tensions between Rwanda and the DRC
• for effective, breakthrough discussions between the country’s representatives
• for believers in both nations as they spiritually engage the enemy that is driving the violence in the region 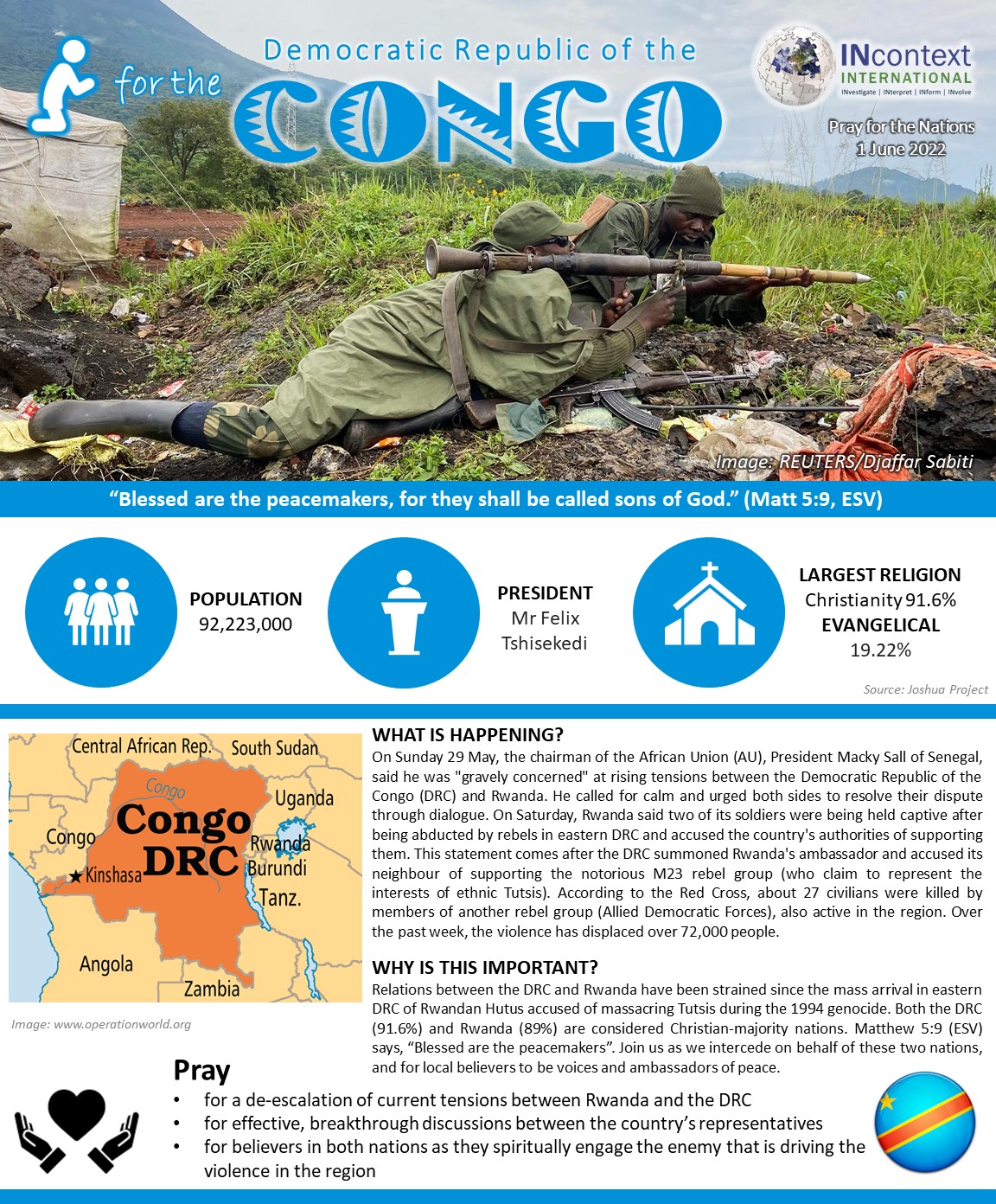