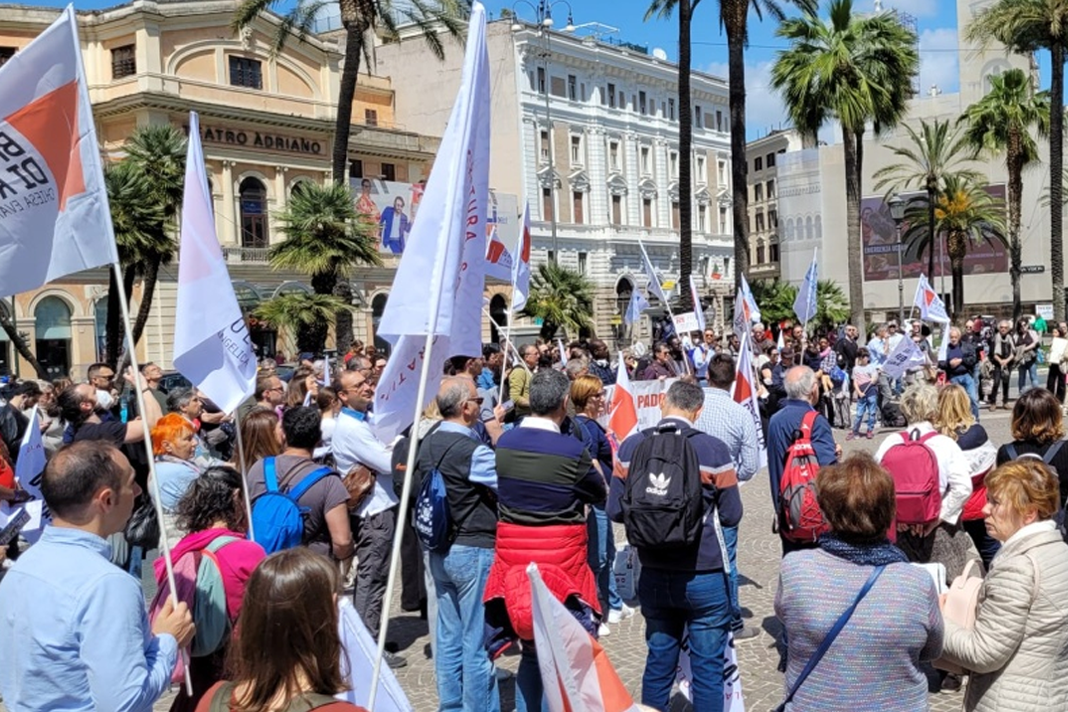 The Agape (annual church day) of the Evangelical Reformed Baptist Churches in Italy (CERBI) was held on 25 April.

This year the meeting took placein Rome and had of two main parts: the morning worship (at the Cinema Adriano, one of the historic cinemas of the city) and the afternoon prayer rally.

Over 300 people from all across  Italy participated, not only from CERBI churches, but also with representatives of other evangelical churches. The rally took place right in the streets of the area of Rome where a new church planting work is about to be launched.

During the morning service, in addition to the songs of praise to the Lord, the churches present could share something they have been involved in recently.

Some churches talked about the difficulties experienced during and after the pandemic. All the churches expressed their confidence in God’s reliability in completing the work he began despite the widespread challenges. 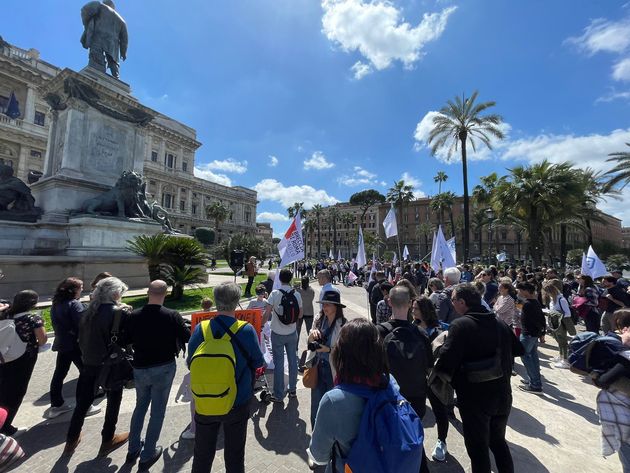 First stop: The Supreme Court
The prayer rally took place in the afternoon, after a picnic lunch outdoor. The first stop was in front of the Supreme Court.

There, participants prayed “for justice in the courts, without double standards and corruption; for judges, lawyers and legal practitioners; for the reformation of the justice system according to biblical standards of fairness and responsibility; for believers called in the administration of justice to be bearers of a culture of justice reformed by the Word of God; and for the law on religious freedom, awaited for decades”, said the organisers.

Second stop: Italian national television
The second stop was in front of the headquarters of RAI, the most important Italian cultural agency which “enters the home of Italians every day, informing, entertaining and shaping people’s mind. It is the main voice of Italian culture: a mix of subjection to the Catholic religion and secularized transgression”, explained Liberato Vitale, the administrator of the Institute of Evangelical Culture (ICED) in Rome and deacon of the evangelical church Breccia di Roma San Paolo.

There they prayed “for a reformation of RAI inspired by cultural pluralism, away from religious confessionalism and secularized ideologies; for a true pluralism of information that recognizes minorities (including the evangelical one) and creates adequate spaces for everyone; for Christian vocations in the field of journalism, information, cinema, entertainment, etc. so that a biblical worldview is promoted also in these areas; for an opportunity for evangelicals to have a voice in current debates”. 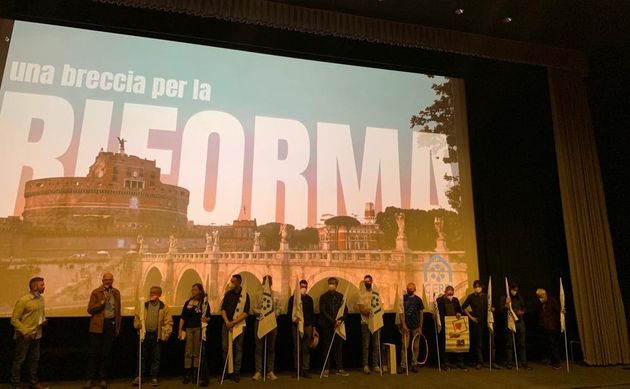 Third stop: Vatican area
The third and final stop of the rally was at the Gardens of Castel Sant’Angelo, where “the presence of Roman Catholicism has its institutional and symbolic center. Only the Gospel of Jesus Christ can change this consolidated religious system”, pointed out Vitale.

There “we prayed for a season of reformation according to the gospel, for conversions to Christ among those who live there; for the strengthening of the evangelical presence there, professing Christ alone who saves by grace alone through faith alone on the basis of Scripture alone for the glory of God alone”.

Church planting in Rome
They also payed for “the church planting core group who will begin to have public services in September, God willing. Prophetically the new church will have to preach the truth of the gospel against the lies of a false religion and the secular idolatrous narratives”.

“As a priestly community, the church must be close to the needs of broken lives, perhaps of wealthy but broken people. From a royal point of view, the church will have to bear witness to the order of God, and his plan for the flourishing of life in all its aspects”, concluded Vitale.

Date published: 18/06/2022
Feature image: Over 300 people participated in the prayer rally in the streets of Rome.