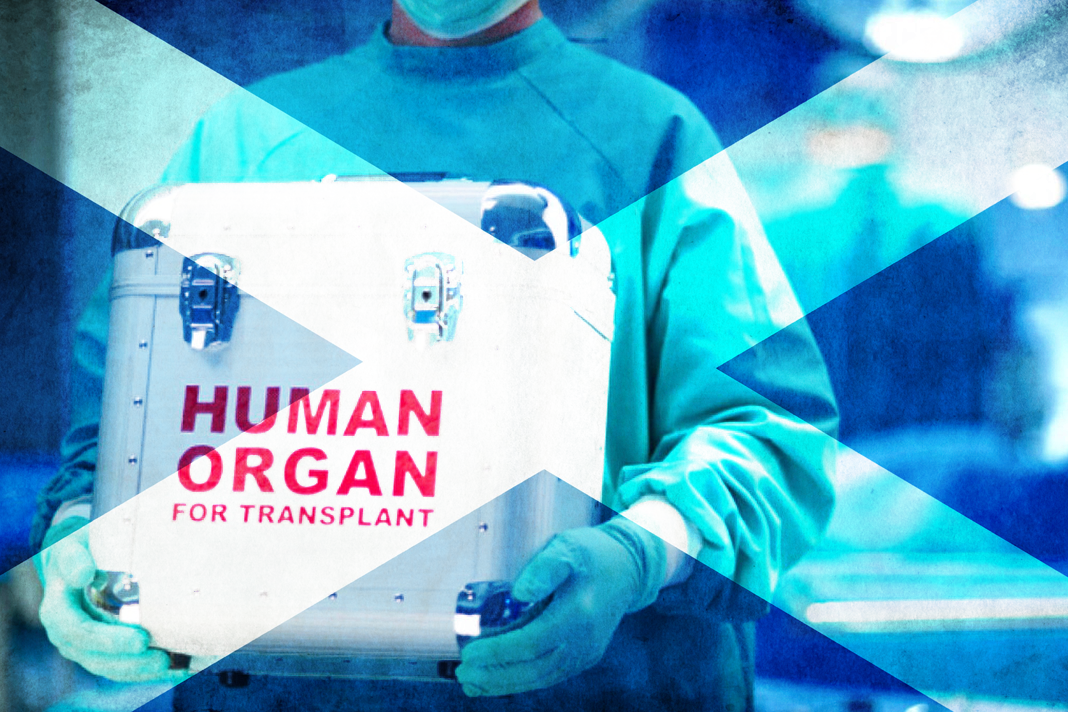 The Scottish Government has announced that an ‘opt-out’ organ donation system will be introduced in March 2021.

At present, people who wish to donate their organs or tissue after their death can join the NHS Donor Register, but in June last year the Scottish Parliament voted to change the law.

From next year, most Scottish residents will be automatically registered to donate unless they explicitly opt out.

March 2021
The new law will come into effect on 26 March 2021 and follows the introduction of similar legislation in England earlier this year and in Wales in 2015.

From that time, anyone who has not opted out will be deemed to have agreed to have their organs removed, although the Scottish Government says relatives will still be consulted on the deceased’s wishes.

Children under 16, people who have lived in Scotland for less than a year, and adults who “lack the capacity to understand the new law and to take the necessary actions” will be excluded from the scheme.

Doesn’t work
While Public Health Minister Joe Fitzpatrick claimed the measure would improve transplant rates, people in Scotland have been voluntarily signing up in record numbers under the current system.

Statistics from NHS Blood and Transplant show that the past four years have seen an increase of 375,000 people on the Organ Donation Register (ODR) in Scotland.

Since 2016, there has been a seven per cent rise in the proportion of the Scottish population on the ODR, and now the figure stands at 50 per cent.

John Fabre, a former President of the British Transplantation Society, has previously criticised the idea of an opt-out system, saying it can be predicted “with a high level of certainty that it is not going to increase donor numbers in the way that we all want”.

‘Oxymoron’
Speaking when the Bill was being debated in Holyrood last year, SNP MSP Christine Grahame said that, while she supported the concept of organ donation, she took issue with the wording of the proposed law.

“‘Presumed consent’ is a prime example of an oxymoron: consent cannot be presumed, but must be indicated in some form or other”, she said.

Grahame added that it was wrong for the state to assume the consent of a “silent deceased person”.