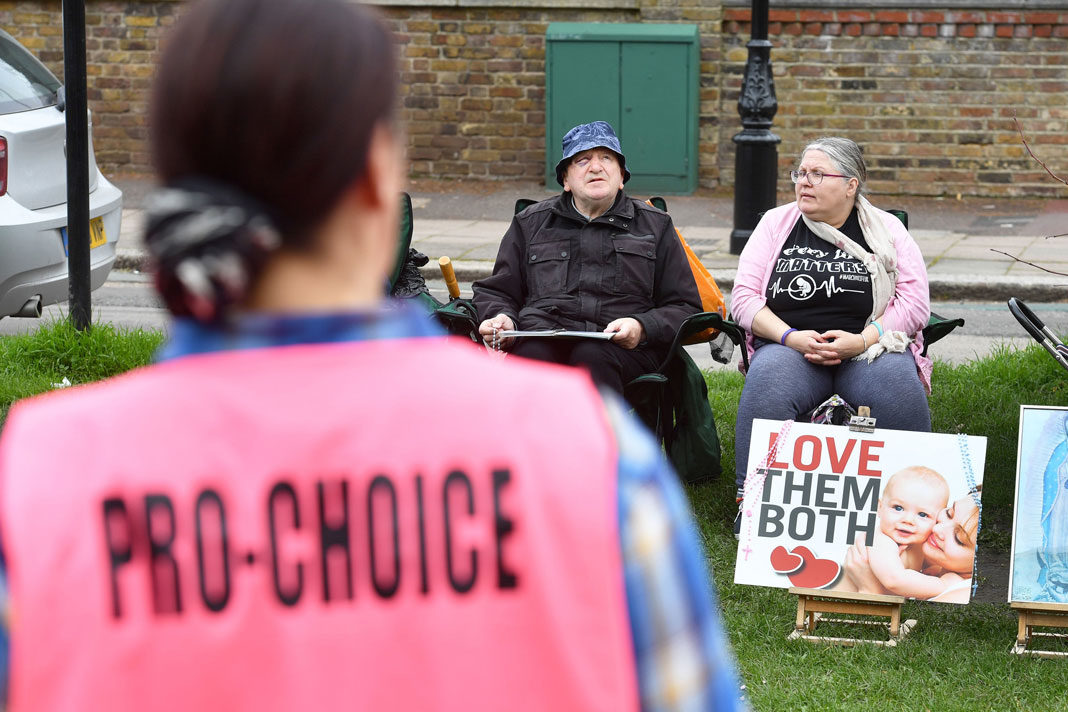 Requests for ‘protest-free’ zones around abortion clinics have been rejected by the government, pro-life groups say this is good as it increases choice.

The issue of buffer zones was first raised when Ealing Council in West London put a 100 metre protest-free zone around a Marie Stopes clinic to stop people holding vigils outside the building, leading to increasing pressure from campaigners to introduce similar zones across the country.

Pro-choice groups say women have felt intimidated and been harassed on the way in.

But Sajid Javid, the Home Secretary, says protest-free areas ‘would not be a proportionate response’.

He said a Home Office review did find cases of harassment and damaging behaviour – but they ‘weren’t the norm.’

Ed Rennie is a Christian from the Be Here For Me campaign and Labour Life and supports the right of pro-lifers to stand outside abortion clinics when they offer on-going help to mothers as an alternative option to terminating a pregnancy.

Rennie told Premier’s News Hour that despite the campaign for zones being supported by pro-choice groups, they would have prevented choice:
“It is not pro-choice to support these zones because what that’s doing is pulling out of in front of a clinic an opportunity for women who are considering a termination to have that final offer of an alternative to abortion.

“And the women who do change their minds are often those who feel very much that feel that they do not have any choice but abortion.”

“These groups who are offering that final offer of support before they go to their appointment are saying ‘No, no, no – you do still have a choice, we can help you'”.

Many Christians are opposed to abortion as they believe it is killing a life.

He explained that the Good Counsel Network do have leaflets with a picture of child in the womb inside and that he could understand how a pro-life presence could be “anything from irritating to distressing”.

“The problem with the accusations of harassment is that they have been no higher than allegations – there have just been some all of unpleasant things,

“In the end, their aim is actually to remove choice from women who desperately need that final choice”.