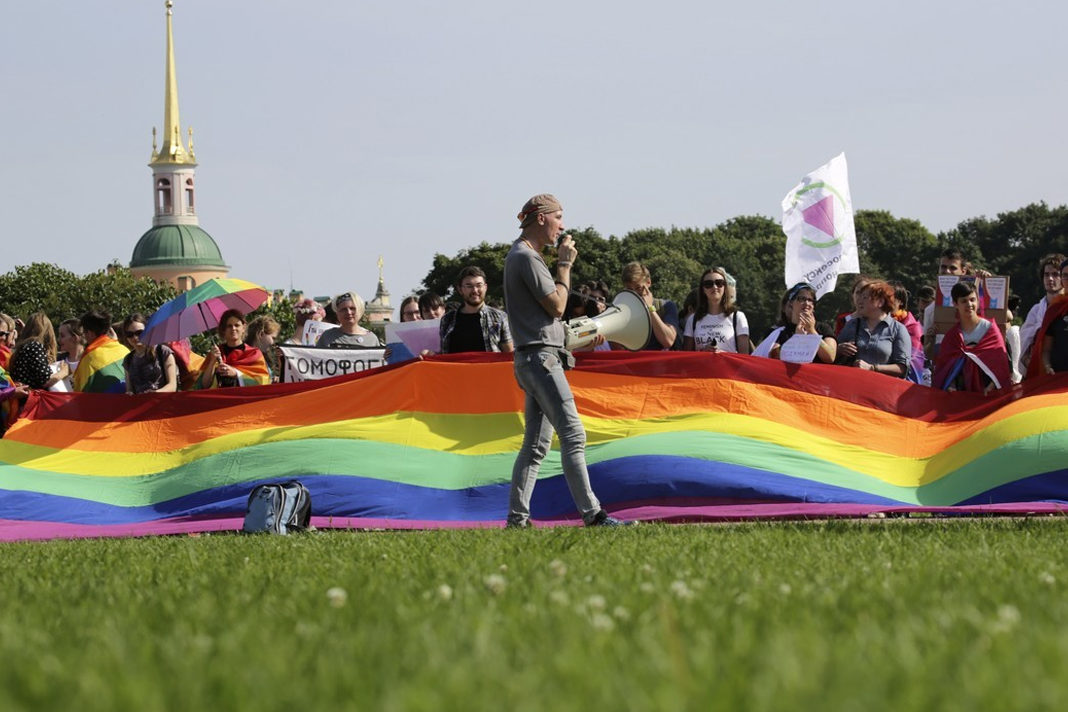 There are no high tempers in Russia about LGBT groups, but they shouldn’t instill their views on under-18s, Vladimir Putin said, adding the ever-growing types of genders may somehow be confusing.

Putin’s latest interview with the Financial Times seems to have hit a nerve, as many public figures, among them singer Elton John, rushed to voice unease over some parts of it. Even at the G20 summit in Osaka, the Russian President couldn’t avoid being challenged into explaining his stance on sexual minorities and liberalism.

Russia has “very relaxed attitude towards the LGBT community, we aren’t biased against them,” but the minority must not aggressively disseminate its views among minors who may not be able to decide on their own, he told reporters.

“Let’s give children an opportunity to grow up and decide afterwards who they want to be. Leave them alone,” Putin urged.

[They] invented 6 or 5 genders. Transformers, trans… I have no idea what that even is.

Another part of the problem is that “this part of the society” is advancing their views “by force” on the majority, Putin said, citing “so-called sexual education” as an example.

Elton John, who recently tweeted that he was “deeply upset” with Putin’s Financial Times (FT) interview. Speaking to the outlet, Putin said Russia has “no problem” with the LGBT community.

“Let them live as they wish. But some things do appear excessive to us.”

Yet, the legendary singer accused Russia of “hypocrisy” and complained that his film ‘Rocketman’ was “heavily censored”by the country’s distributors.

Calling Elton John “a genius musician,” Putin argued: “I think he’s wrong on this, we have very calm attitude towards the LGBT community, we aren’t biased against them.”