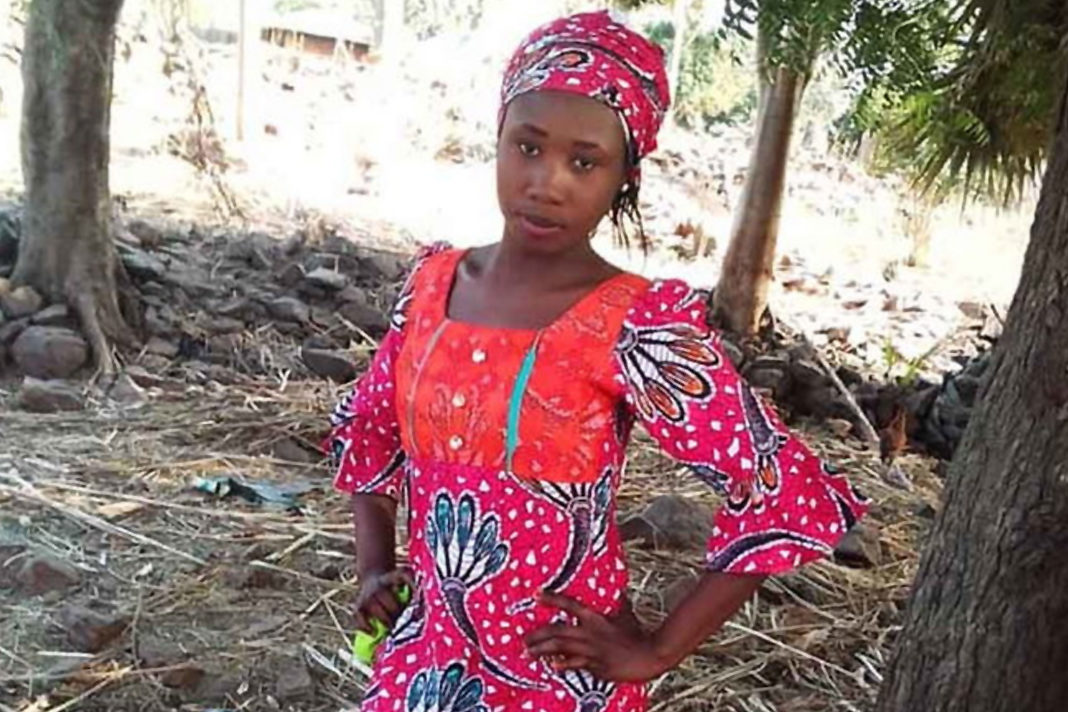 One of five aid workers released by the Islamic State West African Province (ISWAP) faction of Boko Haram on 15 January has said that Leah Sharibu, the 16 year-old schoolgirl abducted from her school in northeast Nigeria in February 2018, is alive and well.

Jennifer Ukambong Samuel, who works for Action for International Medical Alliance (ALIMA), was abducted on 22 December 2019 while travelling along the Borno-Mungono road to the Plateau State capital Jos, by terrorists wearing military fatigues who spoke in English as they profiled travellers and executed several of them. Also abducted were her colleague Miss Asabe Cletus Musa; Solidarity International employee Arthur Ibojekwe China; and private security guards Adamu Auwal Ozeshi and George Danbaba Michael, who survived by pretending to work for the International Organisation for Migration (IOM) and the Red Cross.

All five were released following negotiations involving ALIMA and Solidarity international. It remains unclear whether a ransom was paid.

Leah Sharibu was the sole Christian among 110 schoolgirls abducted by ISWAP from their school in Dapchi, Yobe state on 19 February 2018. While her surviving classmates returned a month later following government negotiations, she was denied her freedom for refusing to convert as a precondition for her release.

In October 2018 ISWAP declared that Ms Sharibu and Christian nurse Alice Loksha Ngaddah, who was abducted on 1 March 2018 during an attack on Rann, would be enslaved for life, and that it was now “lawful” for the terrorists to “do whatever we want with them.”

In July 2019 ISWAP released a video of six workers for the French NGO Action Against Hunger (ACF) who were abducted on 18 July 2019, in which Grace Taku implied both Ms Sharibu and Mrs Ngaddah had been executed. However, this was quickly discounted.

Ms Ukambong informed Nigerian media that while she had not seen Ms Sharibu or Ms Taku, she had been informed by Mrs Ngaddah, whom she reportedly visited in her “house in the forest” near Lake Chad, that both are alive, well and held in an undisclosed location. Ms Ukambong revealed that Mrs Ngaddah, who is now called Halima, provides injured terrorists with medical treatment, and had asked for prayer for all three of them, adding that she had left everything to God.

Elsewhere, targeted attacks and abductions have continued in Kaduna State.  On 17 January Rev Bitrus Ochara of the Evangelical Church Winning All (ECWA) in Katarma, Chikun Local Government Area (LGA), was kidnapped along with four members of his congregation. Two women were killed on 18 January by armed men on motorcycles who opened fire on youth as they were playing in the Gora-Gan community of Zongon Kataf LGA; and in the early hours of 20 January the traditional ruler of the Buruku area in Chikun LGA, the Sarkin Buruku, and an unnamed woman were abducted by heavily armed men.

CSW’s Chief Mervyn Thomas said:“We are encouraged to hear that Leah Sharibu, Alice Ngaddah and Grace Taku are alive and well; however, it is important to remember that they are still in the hands of a highly dangerous and violent terrorist group. We continue to call on the government of Nigeria to do everything in its power to secure their immediate release, and urge the UK government to raise this case with President Buhari as they meet with him today for the UK-Africa Investment Summit. In addition, the current levels of insecurity in Nigeria are both a disincentive to investment and inimical to development.  Therefore, we ask the UK government to raise the continuing deterioration in security, which is particularly marked in Kaduna State, and to impress upon the president the urgent need to protect every vulnerable community regardless of creed or ethnicity, to ensure the return of all abductees and to facilitate the stability necessary for sustainable investment.”