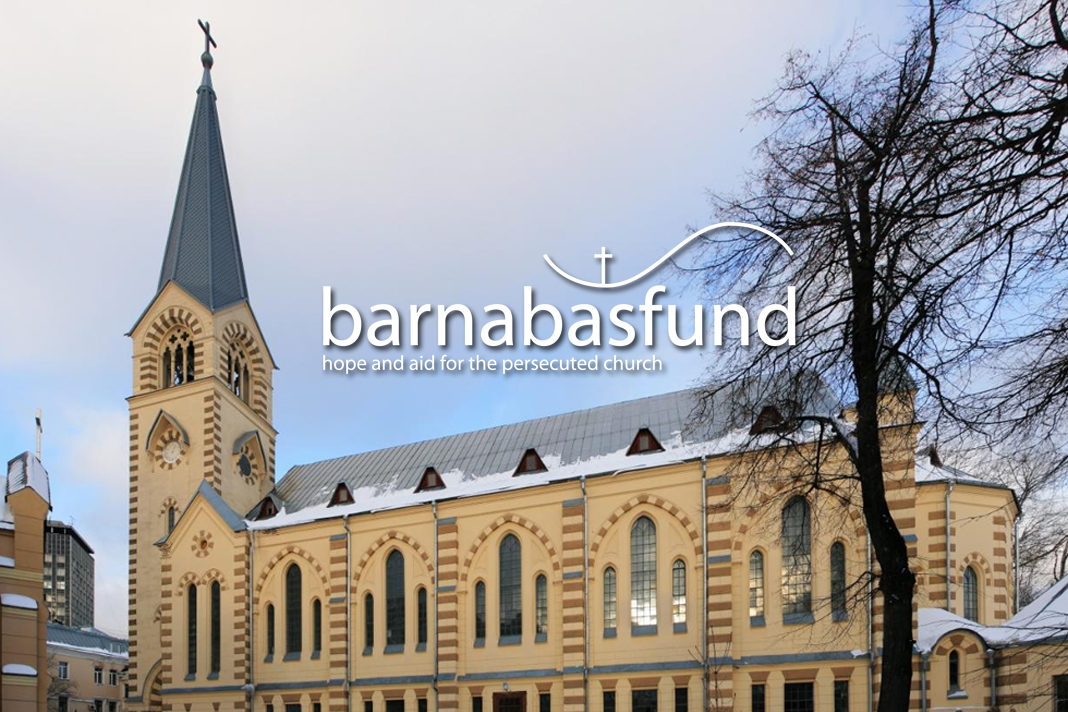 A Barnabas contact reports that another three evangelical churches have been closed in proceedings where witness testimonies and the conclusions of independent commissions and examinations were ignored.

A motion was filed against the Cathedral Church of the Word of Life in Kaluga, on 3 December, prohibiting it from operating and seeking to demolish it because the requirements of a 2004 Town Planning Code had not been complied with in 2002. “How can you implement the law, which will be adopted only after two years?” the church leader exclaimed.

A new shopping centre is now planned for the land, despite being purchased by the church in 2000. Since its inception, the church has been subject to constant inspections as well as attempts to institute criminal proceedings against the pastor.

On 26 November, authorities banned the operation of the Church of the Embassy of Jesus in Nizhny Novgorod for allegedly “violating fire safety rules”.

The Oryol Christian Evangelical Church of the Resurrection has existed in Oryol on land it has owned since 1990. However, in early 2018, authorities inspected the church and identified 78 safety and other violations. In May 2018, the court issued a decision to close the building despite all violations being rectified. On appeal, the court decision was upheld.

In October​ Christian leaders stated they were prepared to challenge the closing of the Novorossiysk Baptist Church by taking the decision to the European Court of Human Rights in order to get clarification on Russia’s complex, contradictory, and often inconsistently applied legislation on places of worship. Christian Olga Glamozdinova won a landmark legal case on 14 November when the Russian Constitutional Court ruled that worship services can take place in private houses.