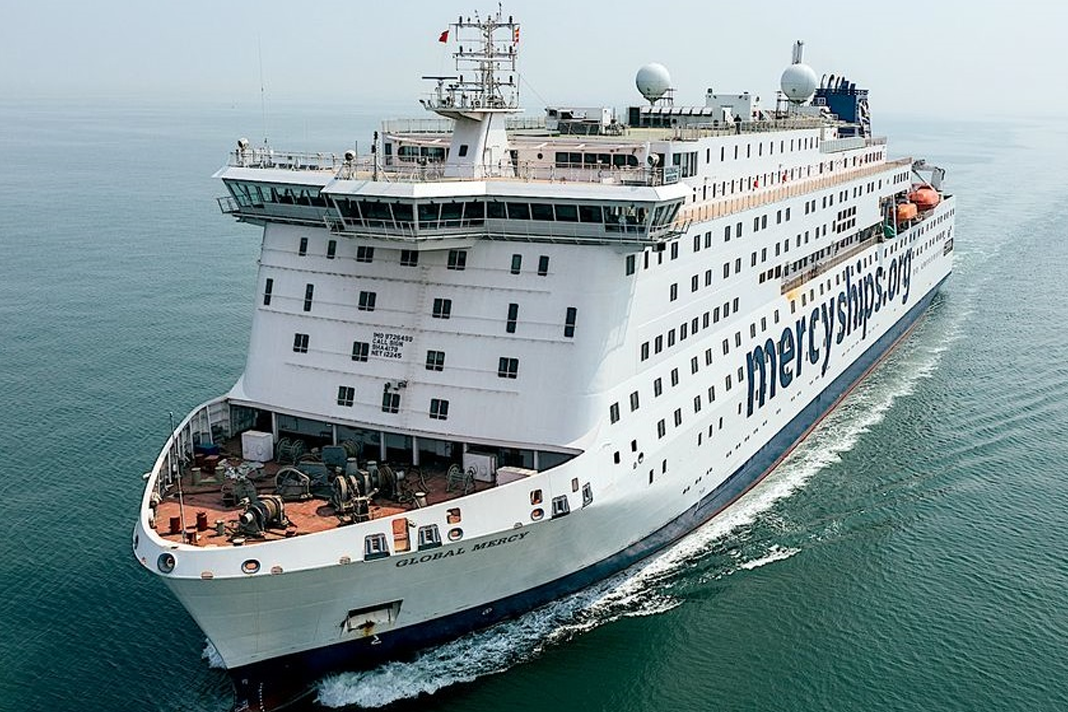 During the Covid-19 pandemic, the Norwegian branch of the humanitarian organisation increased the number of donors by 300 per cent.

The pandemic may have restricted Christian activities throughout the globe, but some organisations have seen a substantial growth while others have been forced to reduce their activity.

Mercy Ships Norway – one of 16 national offices – had a very active year in 2020 in spite of lockdowns and changing restrictions, but saw an increase in the number of donors from around 2,000 at the beginning of the year to approximately 8,000 by Christmas.

Not all of them are regular donors, but they all contributed to the very fine result at the end of an otherwise very difficult year. Mercy Ships’ fresh annual report shows that in Norway they had an income of 13,2 million kroner – the equivalent of 1,32 million euros – from private donors. In 2019 that figure was 6,7 million kroner, so the increase was an impressive 97 per cent.

“After all, people do realise how high the standard of living is in Norway. Therefore they support our work”, director Roger Vassnes told Christian news agency Kristelig Pressekontor in an attempt to explain the eye-catching results.

Launching new ship
This strong support comes at a crucial time for Mercy Ships. Later this year the organisation is due to start operating from their newly built medical ship Global Mercywhich is the largest non military medical vessel in the world and the first especially built for this purpose in Mercy Ships’ 43-year-long history.

The ship was launched from the Tianjin Xingang Shipyard in China earlier this year, and on May 10th underwent a sea test as part of the preparation for making the ship operational some time next year.

Global Mercy is scheduled to complete its outfitting in Antwerp, Belgium ahead of its maiden voyage to Africa. Upon delivery the Global Mercy will more than double the surgical capacity and patient beds of Mercy Ships.

“Mercy Ships need both more money and an increase in personnel on board the ship. Thus we have made a push to recruit volunteers to which we have had quite a few responses. So, obviously, many people support what we are doing”, points out director Vassnes.

The Norwegian office have been successful in using Facebook to recruit more donors. Vassnes thinks many respond to the present global medical crises as they detect the obvious contrast between the rich Western world and poorer countries.

Helping thousands
Global Mercy will be able to host 800 volunteers from many professions ranging from surgeons and nurses to maritime crew, cooks, teachers and electricians.

They are all needed to give free surgical care to 5,800 people annually in Africa and elsewhere. If the ship can stay operational for the full 50 years that it is supposed to, 290,000 people may get crucial life changing assistance.

The 174-meter and 37,000-ton ship will have 6 operating theaters and 199 hospital beds when it has been fully equipped.