Home News ‘The Black Lives That Don’t Matter’: 50 Christians Murdered In Their Church 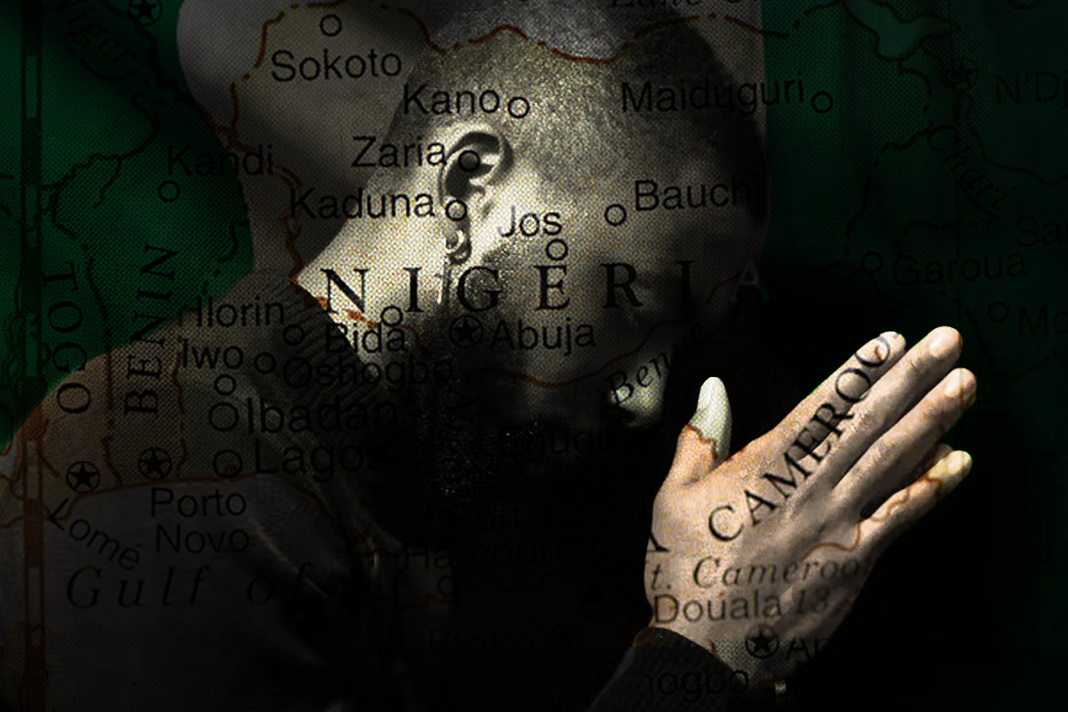 On 5 June 2022, Islamic terrorists stormed St. Francis Church in Ondo State, Nigeria, and massacred more than 50 Christians who were peacefully worshipping their God. Videos, according to one report, “showed church worshippers lying in pools of blood while people around them wailed.”

As terrible as this massacre might seem, it is just the proverbial “tip of the iceberg”: over the years, Muslims have assaulted, shot up or torched countless churches in Nigeria. Below are just three examples:

The Christians of Nigeria are, in fact, being purged in a genocide, according to several NGOs. One Christian is killed every two hours in Nigeria. According to an August 2021 report, since the Islamic insurgency began in earnest in July 2009 — first at the hands of the Islamic terrorist organization Boko Haram, and later by Muslim Fulani herdsmen, also motivated by jihadist ideology, which impels them to seize Christian (“infidel”) land — more than 60,000 Christians have either been murdered during raids or abducted, never to be seen again. During that time, approximately 20,000 churches and Christian schools were torched and destroyed by Muslims shouting “Allahu Akbar” (“Allah is greater”).

Less than a month ago, the Islamic State in Nigeria released a video of its members slaughtering 20 Christians. Although it is very reminiscent of the 2015 video of another pack of Muslim terrorists slaughtering 21 Coptic Christians in Libya, it received significantly less media coverage. The 2015 video of the Copts itself had received six times less media coverage than the killing of a gorilla that occurred at the same time. Last month’s video of the Nigerian Christians barely made a peep in the Western media — as if to suggest that the ritual slaughter of Christians has become so hackneyed as to be unworthy of reporting on.

Where is the outcry? When an Australian, Brenton Tarrant, attacked two mosques and killed 51 Muslims in 2019 in New Zealand, the world stood in condemnation; the hand-wringing has not stopped since. The United Nations responded to that lone and aberrant attack by inaugurating a “combat Islamophobia” initiative. Where, after years and decades of being attacked, are the UN initiatives to “combat anti-Semitism” and to “combat Christian genocide”?

All the UN seems interested in doing is sitting by and watching its members violate its regulations. Iran’s genocidal threats, which violate the UN Charter, are grounds for expulsion. The UN ignores unspeakable crimes against humanity such as slavery (here and here), or China’s lies about the human-to-human transmissibility of COVID-19, while instead wrongfully persecuting Israel, a democracy that actually upholds human rights for all its citizens — whether Muslim, Jewish or Christian.

So, what will the UN and other large governmental bodies do now in response to the shooting up of yet another church and murder of more than 50 Christians? Probably nothing — apart from trying to silence whoever tries to expose the ideology that many of the murderers say drives them. We know this because the UN and many members of the clergy have done absolutely nothing in response to the countless other Muslim attacks on churches that have claimed thousands of Christian lives over the years — except for trying to cover up the motivation of the murderers, as in “high on cannabis” or the “mental illness defense.”

Ignoring the murder of Christians is, of course, only one piece of the puzzle; covering up the religious identity of their murderers is the other. In describing last Sunday’s massacre of more than 50 Christians, the words “Muslim,” “Islam,” or even “Islamist” never appeared in the AP report. Rather, we are told that “It was not immediately clear who was behind the attack on the church.”

To maintain this ambiguity, the AP omits pointing out that Islamic terrorists have routinely stormed churches and slaughtered many Christians over the years in Nigeria — a fact that might just offer a hint as to “who was behind the attack.” But dissembling over what is happening to Nigeria’s Christians is an old “mainstream media” tactic.

One only needs to consider the words of Johnnie Carson, US Assistant Secretary of State for African Affairs under President Barack Obama. Speaking after Muslim terrorists in Nigeria slaughtered more than 50 Christian church worshippers on Easter Sunday, 2012, Carson said: “I want to take this opportunity to stress one key point and that is that religion is not driving extremist violence [in Nigeria].” Instead, “inequality” and “poverty” – to quote former President Bill Clinton – are “what’s fueling all this stuff” (“this stuff” being the massacre of Christians at the hands of Muslims). A decade – and countless Christian corpses later – the U.S. has not changed its position.

Worse, the Biden administration’s response to the jihadist onslaught against Christians in Nigeria – where 13 Christians are slaughtered every day – has been to remove Nigeria from the State Department’s list of Countries of Particular Concern: nations which engage in, or tolerate violations of, religious freedom.

Where is the outrage? Where are the “hashtags” in support of Christian Nigerians? Why don’t these black lives matter?