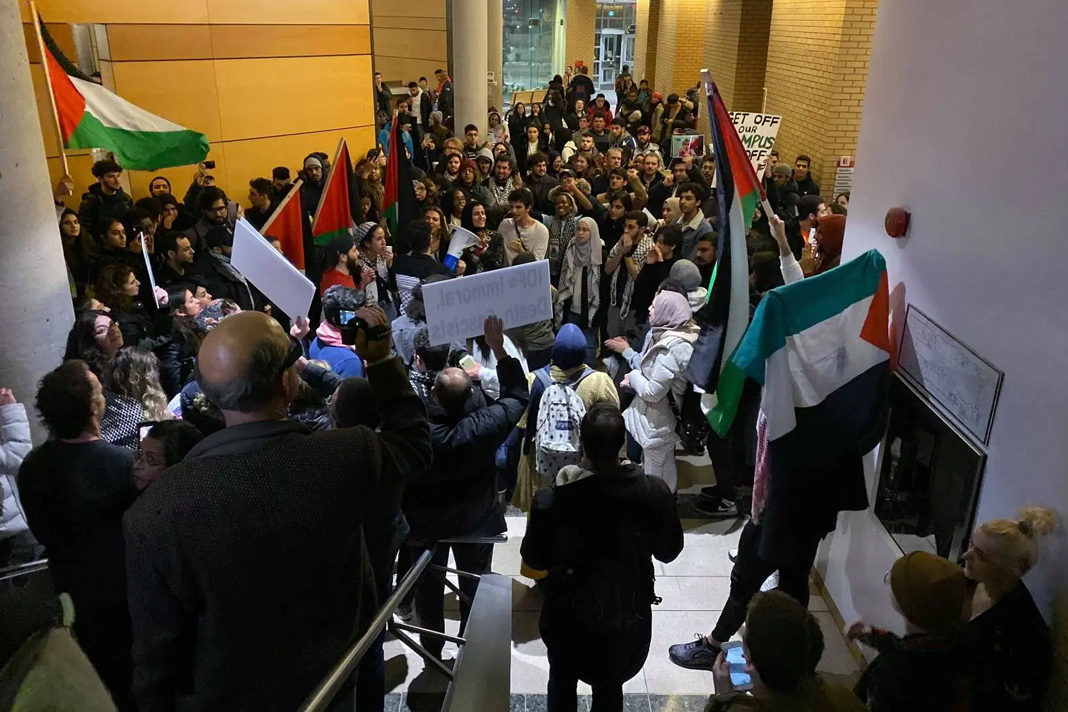 It’s time to stand side-by-side with our beleaguered Jewish youth and do what we can to alter a status-quo which is so imbalanced and harmful.

In a recent article United with Israel wrote that the Canadian government can no longer be relied on to support Israel, the most recent manifestation of this new reality being Canada voting yes on a U.N. motion last month criticizing Israel for its ‘occupation’ of Palestinian territories.

Given that the U.N. is a fundamentally corrupt and toothless organization, I’m not sure we should really care when they pass judgment on Israel’s actions. It’s also true that governments come and go, hence I am confident that Canadian foreign policy will eventually once again pursue a sensible, values-based approach as soon as Justin Trudeau is returned to his proper role as a second-rate high school drama teacher.

No, there is something else happening in Canada (and throughout the Western world for that matter) that has far greater long-term negative implications for the Jewish community and for Israel: the increasingly hostile environment with which Jewish university students in Canada must contend every day.

Universities across this country are demonstrating increased hostility towards their Jewish students and almost uniformly adopting rabidly anti-Israel positions.  Almost without exception, pro-Israel viewpoints are aggressively (and even violently) shouted down by students and their Antifa allies, whose rhetoric and intolerance expose their alleged anti-Israel views as nothing more than just plain old-fashioned anti-Semitism.

Just in the past few weeks, we’ve seen York University rioters attempting to stop pro-Israeli speakers and hurling anti-Semitic invective at students who dared to express support for Israel.  We’ve witnessed the University of Toronto Graduates Society refusing to make kosher food available in their cafeterias lest that be conflated with support for Israel and McGill University threatened a Jewish member of the Students’ Society with expulsion from their group should she travel to Israel on a Hillel-sponsored trip.

Story after story, personal anecdote after personal anecdote, we are hearing every day just how inhospitable the academic environment in this country is for Jewish students.  As the parents, grandparents and friends of these students, we must take action to restore sanity to the campuses.

Holding University Administrators Responsible
Let’s start by holding administrators responsible for the demise of free speech and open debate in their jurisdictions.  When these incidents occur, there is almost always to be found a supine administration allowing their Jewish students to be accosted and attacked.  If you’re the Dean of Inclusivity at a Canadian university, how about actually doing your job and ensuring that Jewish viewpoints are respected and, where necessary, protected?  That’s not happening now.  Write the school’s President and let him/her know this pattern of hostility towards Jews is unacceptable, and for G-d’s sake, don’t donate money to schools that demonstrate so little concern for the welfare of their Jewish community members.

Please consider as well attending any event at your local college or university that presents a pro-Israel perspective.  Those of us who cherish and support Israel should outnumber the haters, and by standing alongside our young ‘soldiers’, we can help protect them and promote their message.

And when such events take place and inevitably attract the Jew-haters and anarchy-lovers, make sure the administration of the university takes the appropriate action against those who would impede free speech.  For example, we must forcefully challenge the cowardice exhibited by York University administrators, who after the pro-Israel event was hijacked, decided to withdraw the campus privileges of not only the Students Against Israel Apartheid, who were responsible for the mayhem, but also those of Herut Canada, which organized the event.  This demented declaration of moral equivalency clearly illustrates just how perverse and toxic the university environment has become for Jewish students.

You should also communicate with your province’s Minister of Education as well as the Premier and the Prime Minister (although it is unlikely the latter will be moved by your pleas), reminding them that universities are primarily tax-funded institutions and that the government has a responsibility to protect the free speech rights of everyone in the community, not just those who scream the loudest and act the most provocatively.

How Are Students’ Opinions Formed?
We also need to ask ourselves just how it is that this current generation of students has come to believe, even in the face of mountains of evidence supporting Israeli positions, that evil Israel is the occupier of lands that rightfully belong to the Palestinians and that Israel is the perpetrator of the most heinous injustices in modern history.

Given that most of these anti-Israel/anti-Semitic adolescents are too young to have any first-hand knowledge of Middle Eastern history, and given that very few of them have the mental acuity or experience to sift through competing narratives to arrive at a fact-base conclusion, it is self-evident that their opinions are being formed to a great extent by their teachers and their equally uninformed peers.  Look at the textbooks your kids are assigned, ask them what they’re being told by their teachers with respect to Middle Eastern affairs, and when you hear or see blatant bias or heaven forbid, clearly anti-Semitic views, demand a meeting with the teacher and his/her department head to discuss their lack of objectivity.

If they are uncooperative or disinterested in any perspective that does not conform with their worldview, go to the dean and don’t be shy about going public.

It’s time to stand side-by-side with our beleaguered Jewish youth and do what we can to alter a status-quo which is so imbalanced and harmful.  This truly a case of where if you’re not part of the solution, you’re part of the problem.