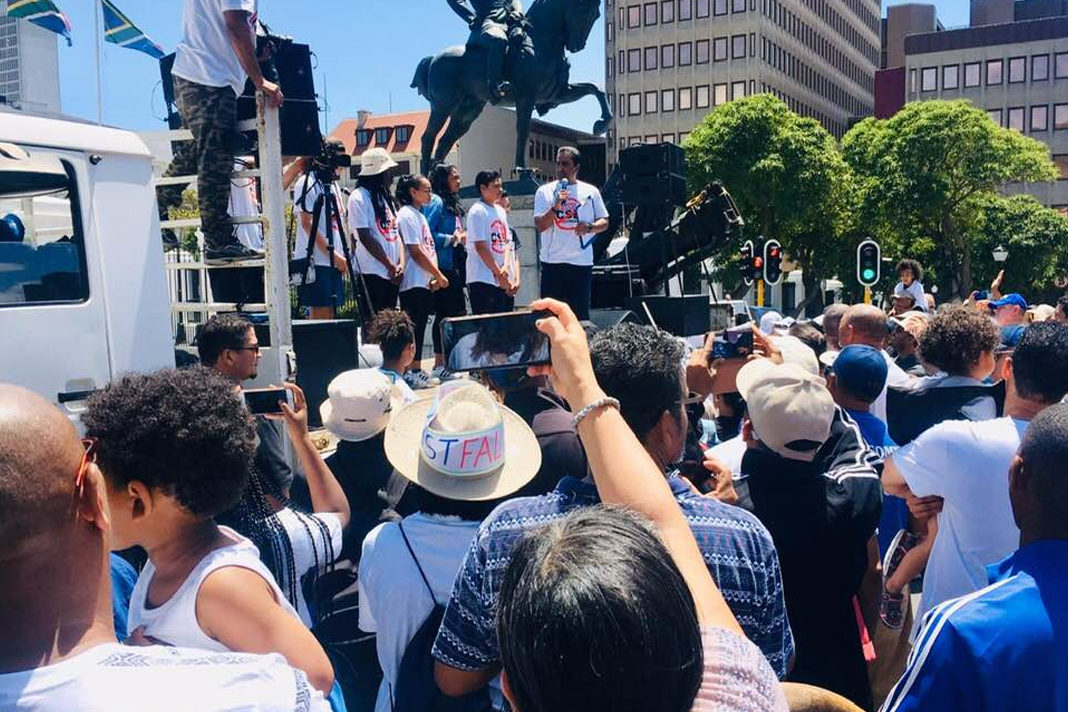 The “March For Family” on Saturday 30 November in Cape Town was a great success. I am grateful to God for the Pastor’s and faithful Christians that made the effort to add their faith and voices to the call to Stop CSE in our schools and End Violence against Women in South Africa.

We expected a lot more people especially considering the significant effort and publicity surrounding the event. Sadly, however, despite several promises of support, many Christian citizens did not show up for the March. I thank God however, for those who actively and publicly demonstrated their faith. 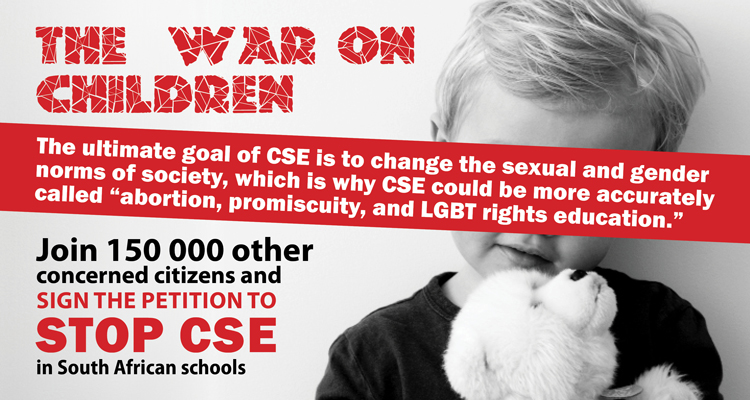 The annual “March for Life” and “March for Marriage” in the US have grown in numbers over the past years. Hundreds of thousands of citizens show up in Washington DC for these events – often in freezing conditions. As a result of this commitment, their voices are being heard in the White House and the US Congress and are making major advances in the culture war.

Predictably, the pro-abortion and pro-LGBTI liberal media ignored the “March For Family” – despite press announcements. The growing opposition to abortion, LGBTI and gender confusion propaganda being shoved down innocent young children’s throats without their parents knowledge and consent – is not newsworthy according to the blatantly biased mainstream media.

Nevertheless, the “March For Family” successfully achieved all its objectives. Rev Costa Mitchell led the men in a Vow to firstly honour their wives and women in general and to hold other men accountable to be protectors and not harmers of women in society.

The “taking of the Vow” at Parliament was recorded and a countrywide social-media campaign will be launched soon to urge all men to take the Vow and live by its noble objectives.

I handed the Letter – calling for the cancellation of CSE in South Africa along with the 150,000 signatures (almost 6000 pages) – to Ms Thabitha Mohlala, the official representing the Minister of Basic Education. We also prayed for Ms Mohlala, the Minister and the Department of Basic Education asking God to guide them with wisdom and understanding.

The official from the Department of Justice arrived just as I was announcing their absence. As a result, I did not record her name. Mbulelo and Nombulelo Bikwani from Isiseko Family Institute handed the Memorandum to the official calling for the End to Violence against Women in South Africa,

Nombulelo prayed for the official and the Department of Justice and Correctional Services. We pray God will guide them with wisdom.

Ps Barry Isaacs, Mbulelo Bikwani and Dr. Arno Van Niekerk prayed for marriages and families in South Africa. Ps Michelle Links and two brave teens prayed for vulnerable women and children. The “March For Family” ended with praise, honour and thanks to God. We trust Him for a miracle in South Africa.

Both the Letter against CSE and the Memorandum urging government to end the social degradation of women in society are available on the FPI website www.familypolicyinstitute.com or the “Family Policy Institute” group or page on Facebook.

Finally, today (3 Dec) is “Giving Tuesday,” a day dedicated to giving back and especially supporting the vital work of NPO’s/NGO’s like Family Policy Institute.

FPI has not yet achieved its funding goals for 2019. Please prayerfully consider a generous once-off donation to FPI  to help us continue the critical battle to defend the family and promote Biblical values in South Africa.

Donations to FPI are tax-deductible. Tax certificates are available on request. Thank you for supporting the vital work of FPI in South Africa this Giving Tuesday.