Home News True Or False: Is The ANC Preparing For War? 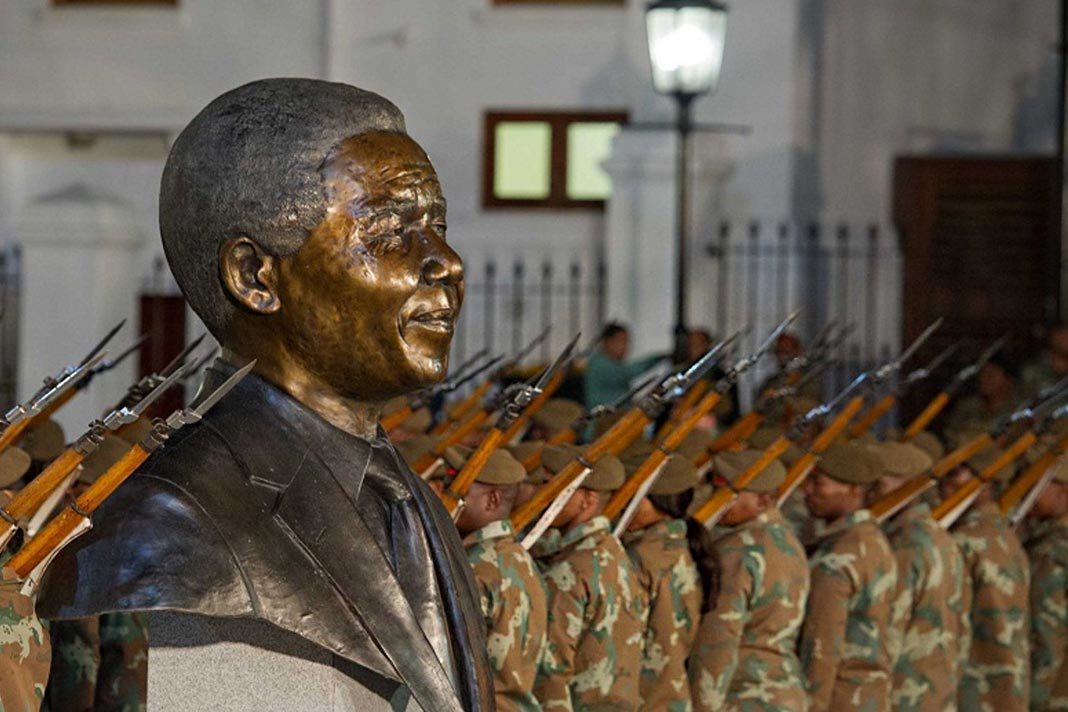 There is currently a video doing the rounds on social media containing unsubstantiated reports that the ANC  (African National Congress) is preparing for war.

The YouTube Channel, Loving Life, with its spokesperson, Scott Balson, warns the South African public to stock up with supplies as the nation is potentially facing a “STATE OF EMERGENCY”.  He informs the public that the ANC, “in fear of losing the May elections, is emptying all its funds in preparation for war”.  [It is important to note that one of this channel’s main aims is to “assist South Africans of any minority groups to migrate.”]

The origin
The origin of the video and all the subsequent messages and reports (including endorsement from Boer ŉ Broer) can be traced back to Scott Balson’s video.

Scott Balson is, in his own words, “happily entrenched in Australia” , where by all indications from online reports of his various activities, he has been from the 1990s. His ‘selfie-style’ video shows him reading a supposed email from a person he refers to as “the corporal”. He mentions no names, no sources and no factual or traceable information.   He confirms from the outset (and on more than one occasion in the video) that the information is “unsubstantiated information”, but nevertheless proceeds with his warning as if it is based on the truth.

The video is a classic example of “fear mongering” tactics, to promote an agenda, which, in the lead-up to an election, aims to exploit and abuse the vulnerability of voters.  This tactic is referred to as the “politics of fear” and relies on creating “nightmares” that cannot be seen or confirmed, with the promise to protect us from them (read more on the “Politics of Fear” here).

Videos of this nature relies heavily on unsubstantiated information based on assumptions that inevitably lead to conclusions and viewers are then encouraged to fill in the blank spaces that predict the worst.

What does Scripture say about this approach?
Depending on which translation of the Bible you use and what phrase you are searching for, the phrase “do not fear” or “do not be afraid” appears at least 130 times in the Bible. This is a character trait that God prioritises for His followers. The reason is obvious: from a position of fear there can never be healing, trust, reconciliation, peace or prosperity. Darkness will never be overcome by covering our eyes – only by lighting a candle.  Fear paralyses and causes disobedience. One sure obstacle to reconciliation for a broken nation is if Christians continue to forward these kinds of messages.

It would be wise to remember the words of Charles Spurgeon: “Blessed are the peacemakers, and one sure way of peacemaking is to let the fire of contention alone. Neither fan it, nor stir it, nor add fuel to it, but let it go out by itself.”

So, who can we believe?
Firstly, not an unidentified man (he does not introduce himself and the YouTube channel says nothing about who he is – research had to be done to establish his identity) with no verified information, sitting thousands of kilometres away in Australia.  Scott Balson starts the report by saying that he is reading “directly from the corporals’ email” and then continues with the supposed ‘news’ of how the ANC is preparing for war.  No names are mentioned, no reference to the office held or who the so-called “corporal” is.  If this was true, or even contained a hint of truth, the local media would have been on it and it would be in all the major newspapers (sites).

For informed and factual information, the first port of call should be the parliament.  INcontext obtained the following press release from Member of Parliament (MP) Cheryllyn Verdon Dudley. Cheryllyn Dudley is an experienced South African politician who has served as a Member of the National Assembly of South Africa since 1999. Not only is she a veteran and expert in SA politics, but a born-again, spirit-filled believer.

SCAREMONGERING!
Fear, division and civil war is the aim of the messages many of us are receiving containing ridiculous stories about ANC preparations for war.  These appear to be largely targeting white people and we should reject them with the contempt they deserve.

Our army should be on high alert at an election time just because it is wise, not because there are plans for war.  If such discussions are taking place, they would have everything to do with ensuring peace and security, whatever the outcome of the elections.

These messages remind me of the so-called prophecies circulating and even being preached in churches in 1994.  At that time, we in the ACDP said “born for such a time as this” – we rejected the false prophecies, refused to buy ‘body bags’ and barricade ourselves in – and continued to pray for God’s mercy, grace and miracles as we worked for a shared future.

These messages make me angry because they are hell-bent on civil war – we have ignored them till now, but I think we must be more vocal in condemning such messages and encouraging each other not to give in to the scaremongers who want civil war.

Cheryllyn Dudley MP ACDP
This information can be trusted, shared and forwarded.