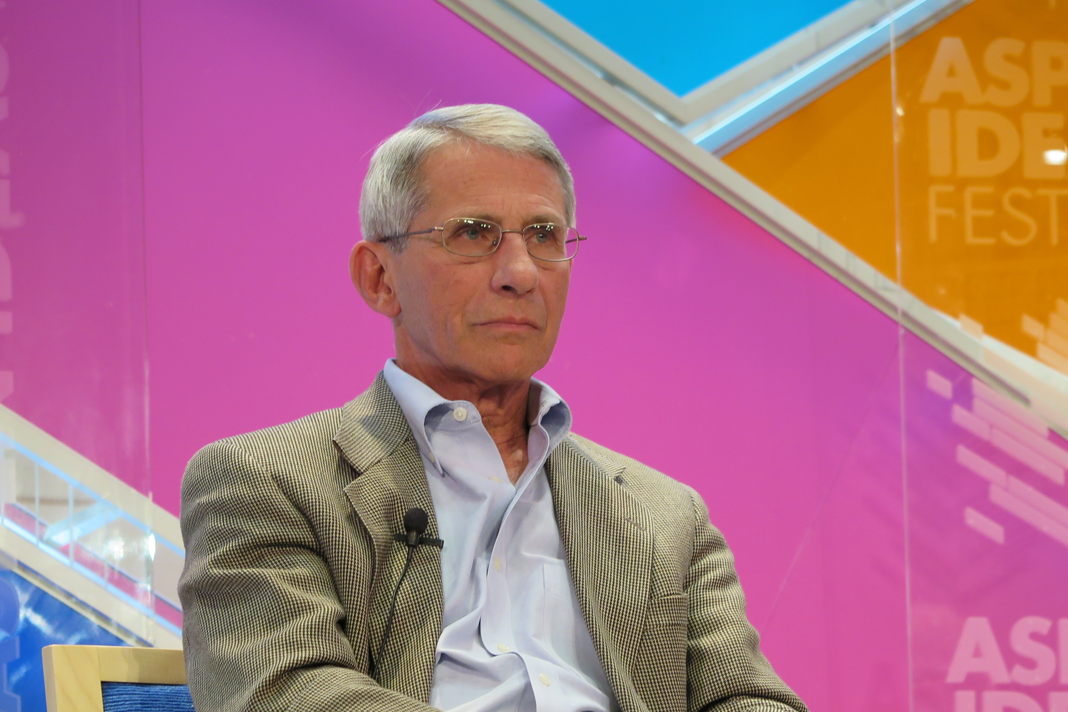 One of Carlson’s key takeaways was that Fauci should be under a criminal investigation.

CARLSON: The utter fraudulence of Tony Fauci is obvious now and it’s widely acknowledged, but it was not always obvious. In March of last year, we interviewed Fauci on this show. We treated him with respect. We took his answer seriously.

We’re Americans, so we assumed the man in charge of protecting the U.S. from COVID must be rational and impressive. We also assumed he must be honest, but we were wrong. It soon became clear that Tony Fauci was just another sleazy Federal bureaucrat, deeply political, and often dishonest.

More shocking than that, we then learned that Fauci himself was implicated in the very pandemic he had been charged with fighting. Fauci supported the grotesque and dangerous experiments that appeared to have made COVID possible.

We came to these conclusions incrementally, spurred by evidence that accumulated over the course of a year. Tonight, we have the mother lode. Thanks to a Freedom of Information request from BuzzFeed, we have thousands of e-mails to and from Anthony Fauci. They go back to the early winter of 2020.

Collectively, they show that from the beginning, Tony Fauci was worried that the public might conclude COVID had originated at the Wuhan Institute of Virology. Now, why would Tony Fauci be concerned that Americans would conclude that? Possibly because Tony Fauci knew perfectly well that he had funded gain-of-function experiments at that very same laboratory.

E-mails prove that Fauci lied about this under oath. Consider this exchange, which began the evening of January 31st, 2020. It was a Friday just before midnight. The first e-mail came from an immunologist called, Kristian Andersen, who works at the Scripps Research Institute in La Jolla, California.

Andersen warned Fauci that COVID appeared to have been possibly manipulated in a laboratory, quote, “The unusual features of the virus make up a really small part of the genome, less than 0.1 percent. So one has to look really closely at all the sequences to see that some of the features potentially look engineered.”

The next day, on February 1st, Tony Fauci wrote back, “Thanks, Kristian. Talk soon on the call.” Fauci then sent an urgent e-mail to his deputy, a man called Hugh Auchincloss, the subject of that e-mail in all caps was “Important.” “Hugh, it is essential that we speak this AM. Keep your cell phone on. Read this paper as well as the e-mail that I will forward. You will have tasks today that must be done.”

Attached to that email was a document it was entitled, quote, “Baric, Shi et al, nature medicine, SARS, gain-of-function.pdf.” Now the Baric in the attachment referred to Ralph Baric, a virologist based in the U.S. who collaborated with the Wuhan Institute for Virology.

Baric worked with a woman called Dr. Shi Zhengli known as the bat lady because she manipulates coronaviruses that infect bats. She was the Shi in the attachment.

Now keep in mind that during the questioning from Senator Rand Paul of Kentucky fairly recently, Tony Fauci denied that this same Ralph Baric had conducted gain-of-function research. Again, this is the Ralph Baric in Fauci’s attachment, which was entitled “Baric, Shi et al SARS gain-of- function.pdf.” And yet under oath before the United States Congress, Fauci denied this.

DR. ANTHONY FAUCI, DIRECTOR, NATIONAL INSTITUTE OF ALLERGY AND INFECTIOUS DISEASES: Dr. Baric does not do any gain-of-function research. And if it is, it’s according to the guidelines and it is being conducted in North Carolina. And if you look at the grant, and you look at the progress reports, it is not gain-of-function despite the fact that people tweet that.

CARLSON: Oh, it wasn’t just on Twitter, it was in Fauci’s own e-mails. In retrospect, that looks a lot like perjury. We do know that starting early last year, a lot of people at N.I.H. were worried that COVID had not occurred naturally. They were concerned it had been instead manipulated in a lab in China. And yet they seemed determined to hide those facts from the public. Again, why?

On the afternoon of February 1st, last year, Fauci held a conference call with several top virologists. Most of the details of that call remain hidden from public view. They’ve been redacted. We know the call was related to a document entitled “Coronavirus Sequence Comparison.” Jeremy Farrar, a British physician who runs a major research nonprofit reminded everyone on the call that what they said was top secret, quote, “Information and discussion is shared in total confidence and not to be shared until agreement on next steps,” end quote.

In other e-mails, Jeremy Farrar passed along an article from the website, Zero Hedge. That piece suggested that coronavirus might have been created as a bio weapon.

FAUCI: A group of highly qualified evolutionary virologists looked at the sequences there and the sequences in bats as they evolve and the mutations that it took to get to the point where it is now is totally consistent with a jump of a species from an animal to human.

CARLSON: That was April 17, 2020, very shortly into the course of this pandemic. At that point, what Tony Fauci just asserted, as known, could not conclusively have been known. That was a lie.

Tony Fauci suggested that he knew because top researchers had decided conclusively that this must have jumped naturally from an animal to human being. But again, at that point, he could not have known that. That was dishonest.

Two days after he said that, one of the virologists that Tony Fauci had funded to conduct dangerous coronavirus experiments in Wuhan wrote to thank him for the help. That man, a man called Peter Daszak, complained to Fauci that the American tax dollars he had taken for these experiments were being, quote, “publicly targeted by FOX News reporters.” Yet, Daszak remained grateful for Tony Fauci’s support, quote, “I just wanted to say a personal thank you on behalf of our staff and collaborators,” end quote.

Now strangely, most of this specific e-mail from Daszak to Fauci has been redacted and it was redacted under FOIA Section B -7(a), that specific exemption to the FOIA law applies to quote, “Records or information compiled for law enforcement purposes, but only to the extent that production of those documents could reasonably be expected to interfere with enforcement proceedings.”

Are Peter Daszak and Tony Fauci under criminal investigation? We can only hope they are. They certainly deserve it. At this point, we can’t say for sure, we do know that Fauci hasn’t simply lied about the origins of COVID, pretending to know things he could not know. He has also lied about vaccines in key ways.

In March of last year, former Obama officials Zeke Emanuel wrote to Fauci to ask a very simple question, one that we’ve asked countless times: are people who have recovered from COVID generally immune from getting infected with COVID once again? That applies to about a hundred million Americans, so it’s not a small question.

Fauci’s response, quote: “No evidence in this regard, but you would assume that there would be substantial immunity post infection.” Well, yes, you would assume that, we always have. And in fact, studies now show it is true. People who have had COVID and recovered almost never get sick again from COVID, so they don’t need to be vaccinated.

Yet to this day, Tony Fauci has never admitted that in public. In his e- mail to Zeke Emanuel, he admitted something else that’s also now obvious, surgical masks, the paper kind all of us wear don’t really work. They offer very little protection from COVID. In fact, at least one study shows they may accelerate transmission of viruses.

They are in short, a form of make believe. Yet, once again, while under oath in public, Tony Fauci claimed precisely the opposite.

PAUL: You’ve had the vaccine and you are wearing two masks, isn’t that theater?

FAUCI: No, it is not — here we go again with the theater. Let me just state for the record that masks are not theater. Masks are protective, and we ask —

FAUCI: I totally disagree with you.

CARLSON: Rand Paul is a physician. He is smart. What he just said was true and the science shows that it’s true. There’s not much debate about it actually, among honest people.

But Tony Fauci claimed it wasn’t true, he lied. Why would he do that? Well, here’s one reason. The email show that Tony Fauci speaks regularly to Bill Gates. That’s odd.

So why would Tony Fauci be in such regular contact with Bill Gates?

The term “Bill Gates” comes up more than two dozen times when you search the Fauci e-mails. Has Bill Gates profited in any way from Tony Fauci’s COVID guidance? That wouldn’t definitely be worth knowing, immediately. And yet, we don’t know. Our media don’t seem interested in finding out.

In fact, here is how CNN covered the e-mails today, quote, “Thousands of emails from and to Dr. Fauci reveal the weight that came with his role as a rare source of frank honesty within the Trump administration’s COVID-19 Task Force.”

Can you imagine a more dishonest characterization of anything than that? It’s hard to.

By the way, it wasn’t just CNN. No reporters asked about these e-mails at today’s White House press briefing, not one question. But you shouldn’t be surprised. Of course, they didn’t ask.

Tony Fauci is too big to question at this point. Quote, “Oh, my God.” one Biden voter wrote to Tony Fauci back in March. “Is there anything I can do for you besides being grateful?” Wash my feet with your tears, Fauci may have responded. We can’t say that he did respond that way for certain, we don’t have his reply. We do know that in affluent neighborhoods throughout Northwest Washington, D.C., you can still see signs that say “Thank you, Dr. Fauci.”

What does that tell you? It tells you that Tony Fauci is no longer a scientist, assuming he ever was one. Tony Fauci is a figure of religious veneration. He is Jesus for people who don’t believe in God.