Home News Ukrainian Refugees: Where Are They Now, And What Lies Ahead For Them? 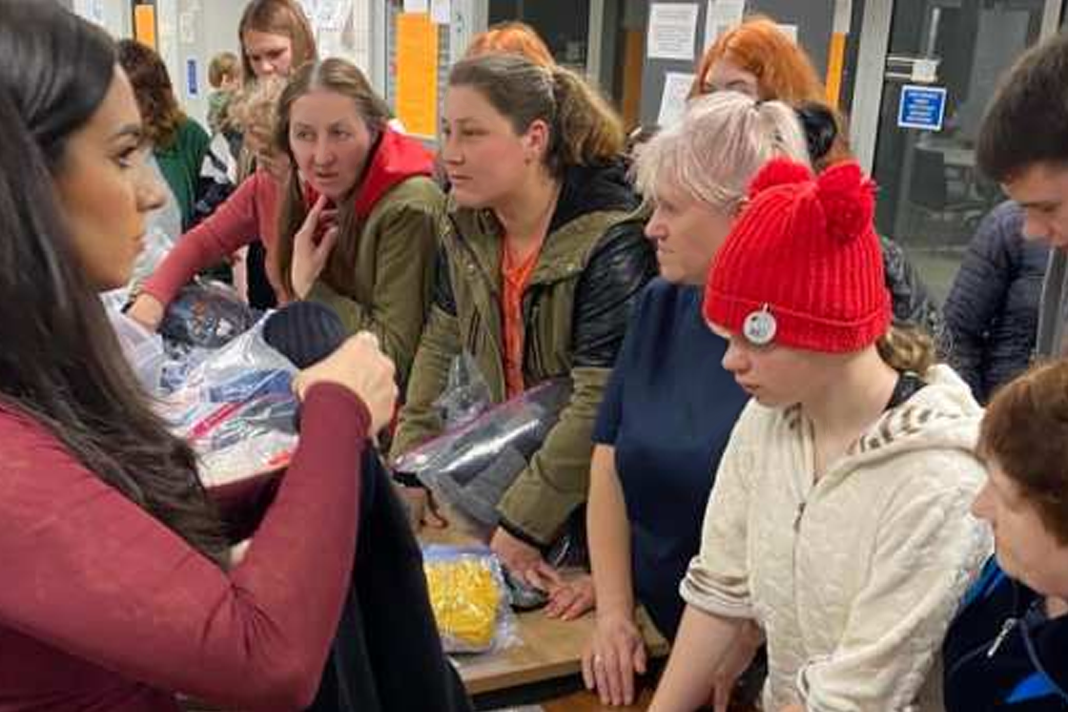 As the Ukraine-Russian conflict continues to escalate, more and more Ukrainians seek refuge. Attacks from Russia have been made on numerous civilian areas. These attacks are massacring innocent Ukrainians. Thousands are seeking refuge while many stay back to defend their beautiful country and liberty.

The Ukrainians who do leave are mainly women and children, leaving by train with nothing but the clothes on their backs and one bag per person. The Ukrainians seek refuge in Poland, Romania, Hungary, and Moldova.

The highest number of Ukrainian refugees is in Poland. Refugees gather by the thousand in cities such as Warsaw and Krakow seeking aid and protection. They leave their old life and loved ones behind them to find peace from conflict. Everyone that flees hopes to hear from the ones they left behind in Ukraine.

On April 4, 2022, Dr. Michelle Corral and her team traveled to Warsaw, Poland, to help aid the Ukrainian refugees. There they found mainly women and children as young as a few months old with nothing but the clothes on their backs.

Hungry, out of work and in unfamiliar surroundings, they were able to have a breath of fresh air from the struggle of their current state as they received aid from Corral and her team. “I have never before witnessed anywhere—among all our refugee work around the world—such trauma and shock as these beloved brothers and sisters have suffered,” Corral says about her time with the Ukrainian refugees.

When the Ukrainian refugees flee to neighboring countries in hopes of peace from conflict, their lives change drastically. Although they may be free from the invasion happening in their home country, they are faced with new struggles.: where to live, how to make a living, language barriers and uncertainty about the safety of their loved ones still in Ukraine.

With the help of Corral and her team through her organization, Chesed for Humanity International (chesed is the Hebrew word for God’s love and mercy towards humanity) the ministry branch of Breath of the Spirit, the Ukrainian refugees were able to receive formula, clothes, monetary aid, food, diapers and other forms of aid. The team was even able to send vans to help transport refugees across the Ukrainian border into Poland to a ministry in Krakow.

This mission to Poland to assist aid to the Ukrainian refugees came as “an immediate response to the needs of people who are escaping the trauma and terror of Putin’s brutality and massacres of innocent children” Corral says. The people she was helping were once successful business owners, workers and financially independent and stable. Now, they are alone in a country that is not their home.

“The moment we are living in is called by heaven to redefine our purpose by responding to the unusual increase of sudden events that call us to respond as Jesus would, to respond to those who need to see the love of God in action,” Corral says.

What the Ukrainians face in their day-to-day lives is what we read about from the comfort of our couches or dining room tables; however, for them, it is their reality and their life. Death, bombings, shoot-outs, destruction, strife and unimaginable heartbreak and grief are not components of a plot but facts from a reality many of us have never faced. Though we may never be able to understand their struggle, we can empathize with it and help to the best of our capability. This conflict is not just an attack on one isolated country; it is an attack on humanity as a whole.

“The refugees need much more than clothing, food and shelter. … They need the arms of Jesus and Christlike compassion,” Corral says. “They cannot be treated like statistics—like numbers on a graph. They need to feel safe, wanted and loved.”

“Whatever you did for one of the least of these brothers and sisters of mine, you did for me” (Matt. 25:40b).

Driven by a mission to bring the prophetic Word of God to Southern California and the entire globe, Dr. Michelle Corral, CEO and founder of Breath of the Spirit Ministries International Inc., Chesed for Humanity International, provides destiny-focused principles for your life. Refugee relief is one of the many outreaches established by Dr. Corral through her organization, Chesed for Humanity International. She has helped with refugees around the world and specifically in Syria at Al Mafraq border of Jordan. She is the pastor of Breath of the Spirit Prophetic Word Center for more than 42 years and is seen throughout the world on various Christian television networks such as God TV, Word Network, Impact Television Network and more. She is the author of eight books, including her most recent release, Secrets of the Anointing. This anointed minister has continued to serve those in need through humanitarian efforts, powerful books and more.