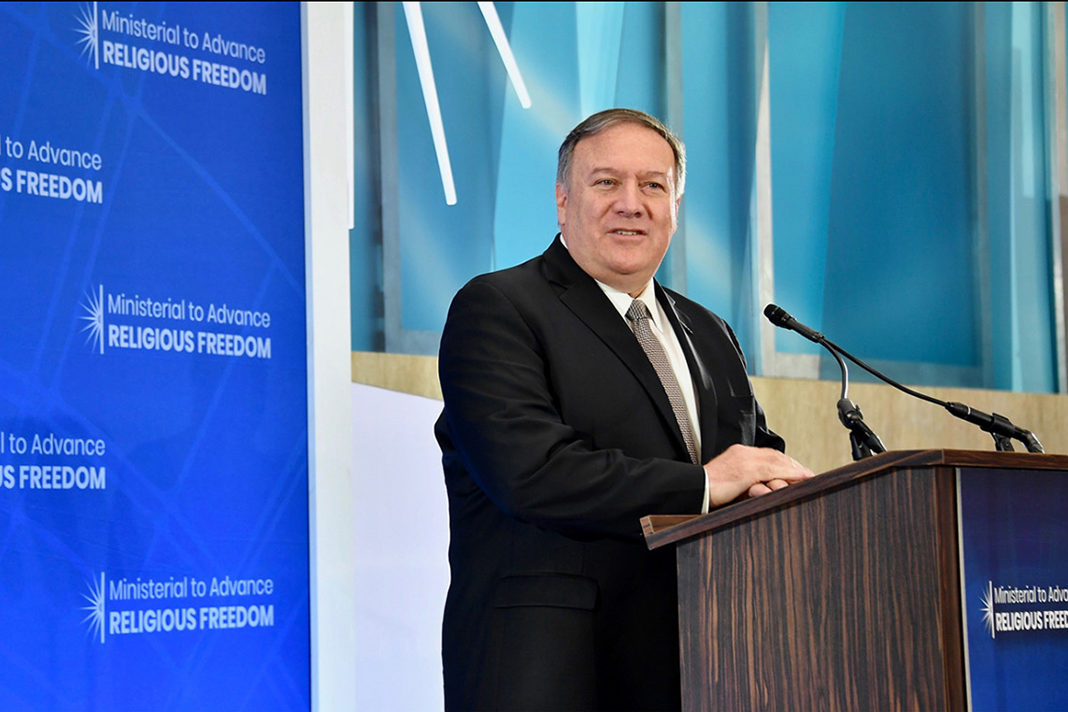 Secretary of State Mike Pompeo announced the creation of the International Religious Freedom Alliance, which will make the issue of persecution a top priority for countries around the world.

One of the goals of the new alliance will be to hold accountable countries who deny people the right to freely practice their faith.

Pompeo was clearly pleased by the growth of this year’s ministerial with hundreds more in attendance compared to last year.

He said it proves religious freedom matters to billions of people the world over, and that’s why he announced an important next step.

Pompeo hopes the alliance will bring like-minded countries together outside of this annual conference.

“It will provide a space for the work that we do here to flourish throughout the year,” the secretary of state said.

Pompeo went through a litany of documented cases of religious persecution.  Even pointing to this very conference and those who were denied the chance to be at the conference like some people from Cuba.

Last weekend, the Cuban government prevented them from boarding their flights to travel to Washington, D.C. to express their religious freedom,” Pompeo noted. “Such is the thuggish intolerant nature of the current regime in Havana.

But he called China the worst offender of religious freedom.

“It is truly the stain of the century,” he said.

Noting since 2017, the Chinese government has detained more than one million Muslims and other minorities.

“In China, the Chinese communist party demands control over the lives of the Chinese people and their souls,” Pompeo explained.

From the Oval Office, the President heard first hand some of the stories of religious persecution.

“Please.” “Thank you, Mr. President, for the opportunity to see you. I am Esther from Nigeria,” one lady told President Trump.

“I can call myself a Muslim in the United States of America, but not in Pakistan. Otherwise, I’ll be punished,” another man said.

Vice President Mike Pence greeted the ministerial on behalf of the president, saying the White House is taking punitive steps in the fight for religious freedom.

“Today, I’m announcing that the United States has placed sanctions on two leaders of Iranian-backed militias for all they’ve done,” Pence announced. “We will hold them accountable.”

Pompeo also noted that he’s aware that Communist China discouraged countries from attending this year’s ministerial. He said to those who came in spite of that pressure “We salute you.  To those who bowed to the pressure and didn’t come, we take note.”