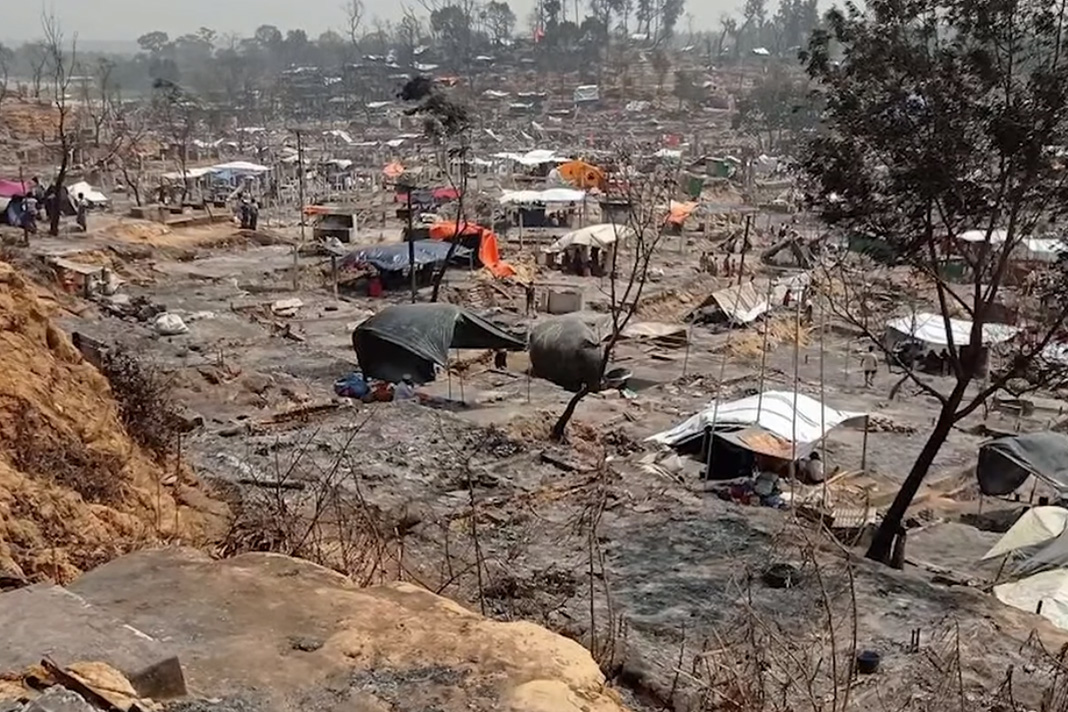 Thousands of vulnerable people have been affected after a fire ripped through the world’s largest and most densely populated refugee camp.

Nearly one million people live in temporary shelters on the hillsides in Cox’s Bazar Rohingya Response Refugee Camp, Bangladesh. World Vision has since activated an emergency response plan to provide immediate support to the affected people, especially children who have lost their homes and loved ones in this devastating incident.

“World Vision’s staff have been on the ground, providing emergency relief for refugees who have lost their homes and belongings in the fire,” said Atul Mrong, operations director with World Vision’s Rohingya Crisis response. “Since the start of the incident, we have distributed high-energy biscuits to 10,031 households (5 kgs each). Some of World Vision’s education centers and multipurpose centers have been converted to emergency shelters. We are working closely with the government, UN-clusters, partners and peers on a coordinated response to help rebuild the lives of those affected by this fire,” he said.

The massive fire has damaged some food distribution points and water and sanitation facilities at Cox’s Bazar. The damage to the temporary shelters has left thousands of Rohingya people without food and shelter under the open sky. Child protection is a critical issue as reports suggest that many children are missing or displaced. Some were unable to flee because of barbed-wire set up in the camps and succumbed to the fire.

“I saw smoke coming rising from another side of the hill. People were shouting and panicking. I rescued my siblings and went to Thaingkhali camp to save ourselves,” says 11-year-old Baitullah, as he looks at the now charred remains of his home, having already lost his home once in Myanmar.

“The Rohingya refugees are among the most vulnerable people in the world,” said Fredrick Christopher, World Vision’s Rohingya Crisis response director. “They have been living with ongoing uncertainty, storms and the threat of disease outbreaks since fleeing their homes in 2017. This fire is the last thing that they need at a time when shelter is critical for protection from the impending monsoon season, and COVID-19 is threatening to circulate around the crowded camps at an alarming rate. An unforgiving incident like this just deepens the sense of hopelessness in the hearts of everyone here at Cox’s Bazar. World Vision will spare no effort in continuing to mobilize all our resources to help the Rohingya children and families during this extraordinarily challenging time.”