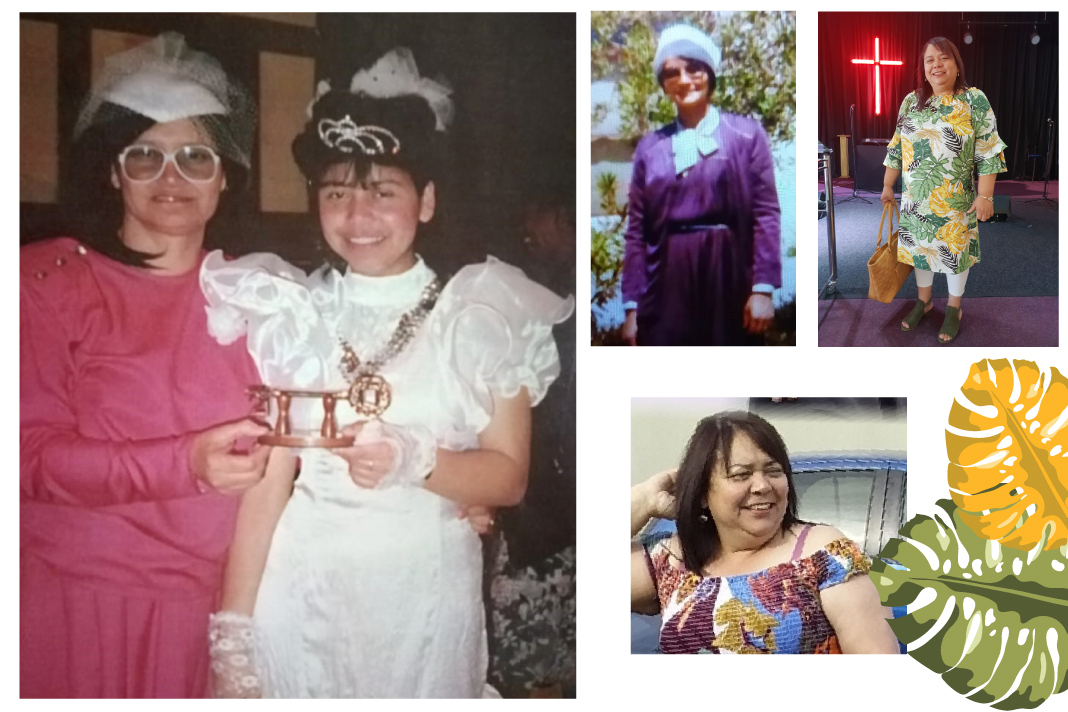 As believers, the ultimate price that Christ paid for our freedom from sin and forgiveness is ever present with us. The ultimate price that was paid for our sin was sacrificial – we were purchased by Blood. How priceless and amazing is that? The truth unearthed in my spirit are the words spoken by Jesus Himself: “It is finished.” These words speaks to me – Jesus paid the price once and for all. Everything we need was paid for at Calvary. All pain, disappointment, broken dreams, or illness – everything was covered at Calvary.

The power of a praying mother is priceless, but the power of a mother modelling her faith uncompromisingly on a daily basis affects generations to come.

Honouring the voice of God
Such a mother was aunty Kathy, Elvira’s mom. In her sixth month of pregnancy, she was in a severe and tragic car accident. Elvira was still in her mom’s womb – her mom was the driver. Trapped in the car, the steering wheel was stuck into her stomach and only the jaws of life could remove it. The ambulance rushed aunty Kathy to the hospital and the baby was declared dead on arrival. Instructions to prepare theatre for an emergency operation were declared. The dead baby had to be removed.
As the porter pushed aunty Kathy to theatre, she heard the Lord speak clearly that her baby was alive and would survive. In sharing this with the porter, shock and surprise was written all over his face. She negotiated an agreement with the porter that if he would wheel her out of the hospital rather than into surgery, she would pay him R50 (which was a lot of money at the time). She was a woman of faith and believed God for everything.

Elvira’s life is a testimony of fully trusting in God.

Miracle number 1
Discharging one’s self from hospital was a crime in those days and the police would arrest you for such an act. Aunty Kathy found her way to a friend’s house by taxi. She hid in the house so that the police could not find her. Here she was hiding with a ‘dead baby.’ A few days later, the baby was born in the house with the help of a midwife. Little Elvira was born healthy and in perfect order. Kathy took the baby back to the hospital to show the doctors the baby whom they had declared dead.

Miracle number 2
The doctors were taken aback. They immediately ran tests on Elvira. They found that her limbs were all just falling in all different directions. She was diagnosed with another problem and the doctors declared that she would not live to more than a year old. One year later, Kathy took her baby back to the doctors to show them that she had made it to her 1st birthday.

Miracle number 3
At only 1 year old, Elvira was diagnosed with a kidney condition and the doctors declared that she would not make it to 3 years old. Guess what, she made it again! Faithfully, her mother once again took her back to the hospital to showcase God’s promise to them. The promise that her child would make it was honoured by God Himself.

Miracle number 4
Many healthy years later, Elvira grew up, got married, and had a beautiful daughter (after it had been declared that it was impossible for her to bear any children). Psalm 50:15 was repeating in Elvira’s head, “I will help you and you will honour me.”

God is in the business of bringing healing and restoration.

Miracle number 5
5 years ago, Elvira received a terrible diagnosis once again. She had contracted cancer of the womb. She wept and called out to God to heal her. After 3 MRIs, doctors were astounded that the cancer had completely disappeared. CT scans confirmed again. Elvira said to the stunned doctors, “You don’t know my God. God has done it!”

Miracle number 6
In the early months of 2020, a cancerous growth was discovered in Elvira’s breast. The growth had several layers on top of it, which worsened the case. She was reminded that her mother and several members of her family had died from breast cancer. After several tests and retests, the doctors asked for her ID book to make sure it was the correct person after receiving the test results. The scans were once again clear, Elvira had been healed. “My God has done it again. You don’t know my God.”

Several miracles were experienced by one person over and over again just because she took Him at His Word on a promise He had given her mother.

God is always at work!
We give God all the glory and all the praise. The honour belongs to Him. God has done it again! The grace of God will enable you to stand and see the goodness of God. Miracles still happen. God can do it again for others too. Several miracles were experienced by one person over and over again just because she took Him at His Word on a promise He had given her mother.

Reflection:
What would it cost you to recall the promise God made concerning yourself, your family, or any situation? What did God say? There is grace to trust Him yet again, knowing that He is able if we are willing to take Him at His Word. Can you trust Him again and remind Him of His promise? The Cross of Jesus Christ, through the Holy Spirit, enables us to see that the work of Christ on the Cross is our victory. It is finished!