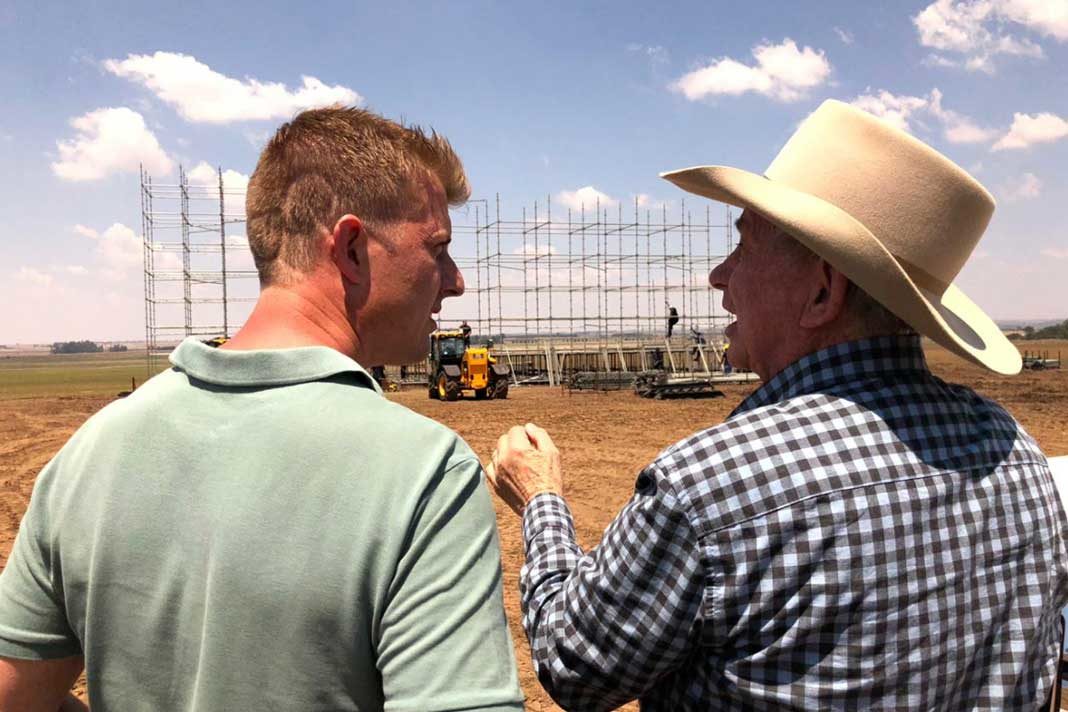 With the It’s Time Pretoria prayer day tomorrow Angus Buchan’s priority during this time is to “go up the mountain to prepare my heart for the biggest prayer meeting this country — and I think this continent — has ever seen”.

Explaining that his mountain-top time will take place in his prayer room in his farmhouse near Greytown, KwaZulu-Natal, he said that in preparing for the event: “I want to be sensitive to the Lord. I don’t want to be tired. I want to be fresh. I want to be strong. I want to be pertinent.”

He said he had to record some programmes today, but that from tomorrow, until he goes to Pretoria on Friday next week, he aims to spend most of his time before the Lord in his prayer room, with his phone switched off.

He said he has been getting lots of advice from people regarding the prayer day at Rhino Park airfield on October 27, and he recognises that God does speak through people.

“But I want to be sensitive to the Lord. I want to hear from Jesus exactly what He wants me to do,” he said.

Just over two months ago Buchan shared a video message in which he said he had heard God say he wanted him to organise another It’s Time prayer meeting and that it would be the biggest ever seen in Southern Africa. In that video message the farmer-evangelist, who was the visionary behind the historic It’s Time prayer events in Bloemfontein in April last year and in Cape Town in March this year, did not  disclose the date and the venue of the latest prayer day but said it was crucial, as the country was on a knife-edge and needed the intervention of Jesus.

Helicopter visit
On Tuesday this week Buchan went on a helicopter flight to the It’s Time Pretoria site.

“It’s huge, man. It’s massive,” he said, clearly in awe of what God is doing through the generosity and hard work of volunteers who are preparing infrastructure capable of hosting 5 million people — which  is more than double Pretoria’s estimated urban area population of  2.125 million. 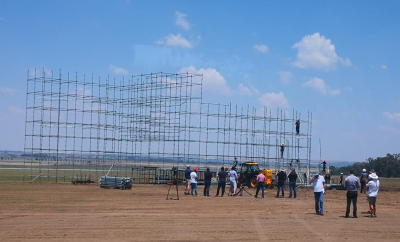 He said he was told that the prayer venue site is 2 000 hectares in size and that 65km of roads had been constructed on it. They are erecting the biggest sound system ever seen in South Africa as well as 29 stations with big screens and banks of speakers. Construction started on Tuesday on a four-storey stage made out of 70 tons of steel. The grass cover, toilets, taxis, buses, advertising all involved similar stories of selfless sacrifice.

“We are just going for it — it’s all or nothing,” said Buchan who broke bread with his on-site team during his visit on Tuesday.

“I think they appreciated that [sharing Holy Communion]. You know they are under attack, the devil doesn’t like what we are doing,” he said.

Quiet time
When Buchan spends quiet time before the Lord in the week ahead he will be aware of  the investment of faith, sweat and finances that his call to prayer has prompted, and the huge expectation of many for the day.

Talking about the weightiness of the fast-approaching event he said: “But God knows that, and I’ve got an absolute peace in my heart that this is of the Lord, that the timing is perfect, and everything is just falling into place.”

More information about It’s Time Pretoria is available on the website www.angusbuchan.com. View the videos below for information on parking, posters for businesses that plan to close for the prayer day, and directions to the prayer venue.