Home News Errol Naidoo Joins Forces With The ACDP, Calls For Support In The... 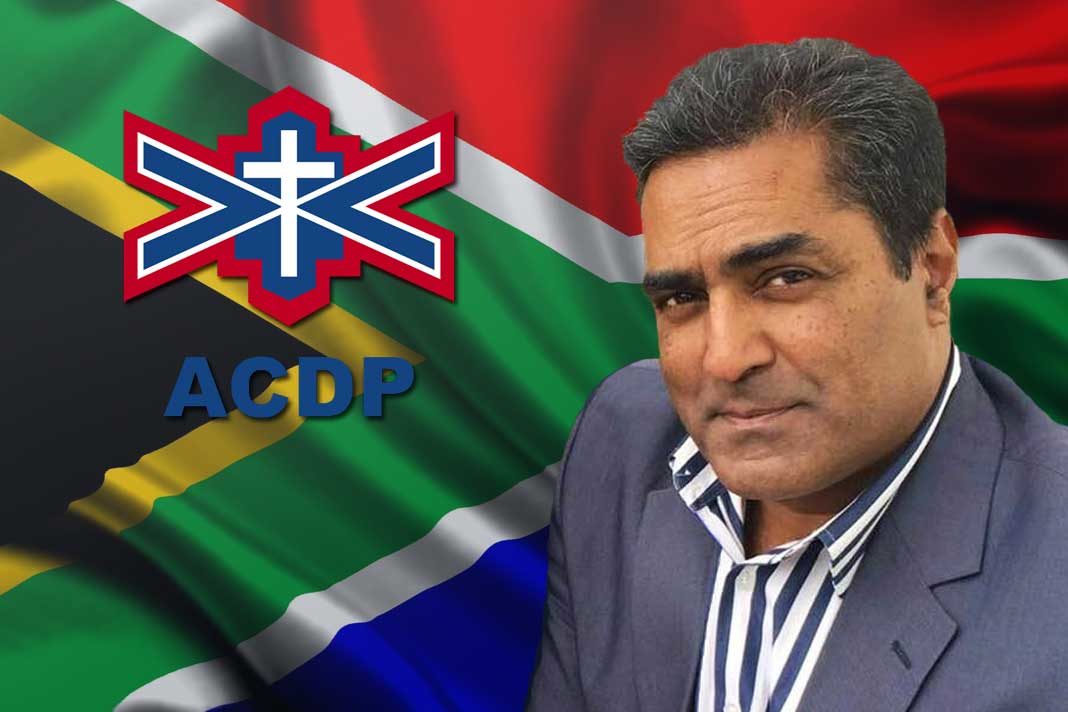 Errol Naidoo, Founder and Director of the Family Policy Institute – an NPO that is dedicated to articulating and advancing a family-centered philosophy of public life in South Africa – has announced that he will be following God’s call into politics, joining forces with the ACDP – the African Christian Democratic Party.

“Through Family Policy Institute, we have been very successful and have had many victories for faith, family, and freedom in this country,” Errol said in a video that he released on his Facebook, which has since garnered close to 10 000 views.

The ACDP stands uncompromisingly on Biblical values. Errol is working with the party to revitalise and revision their reputation and their reach, to bring them to the forefront – to ascertain a change of the spiritual atmosphere in South Africa. The ACDP brings a message of hope in a time of hopelessness.

“Please support the vision for Godly Governance in SA. Honest and competent governance is possible. But it won’t happen by accident. Be a part of the SA miracle.”

Millions of prayers have gone out in the past few years, calling for God to step into the political climate in this nation. The ACDP wants to be an answer to that prayer – to be the catalyst for change.

The ACDP needs support to fulfil their role as agents of change. This will only be possible through three avenues:

“This nation is in trouble. Our economy is on the brink of collapse. Most of our state-owned enterprises have huge debt. Eskom itself has a debt of almost 400 Billion Rand. The majority of our municipalities are bankrupt because of looting with impunity. The health ombudsman has said that South Africa’s health sector is on the brink of collapse. So is education – there has been a rapid decline of educational standards in South Africa. Crime and corruption is increasing. You and I have to do something. We can change this climate by sending Godly men and women into parliament to change the atmosphere in parliament. To speak righteousness, truth, reconciliation and nation building. We need your help – please give to this vision. Please give whatever God leads you to give. Get behind the vision. We want to change South Africa, and we can do this by sending Godly men and women into parliament. This is a vision from God. With God on our side, we can accomplish this task.”

Watch the video below and learn more about the ACDP’s goal and vision for this country. If you feel led to partner with them and make a donation to the election campaign, the official banking details are: