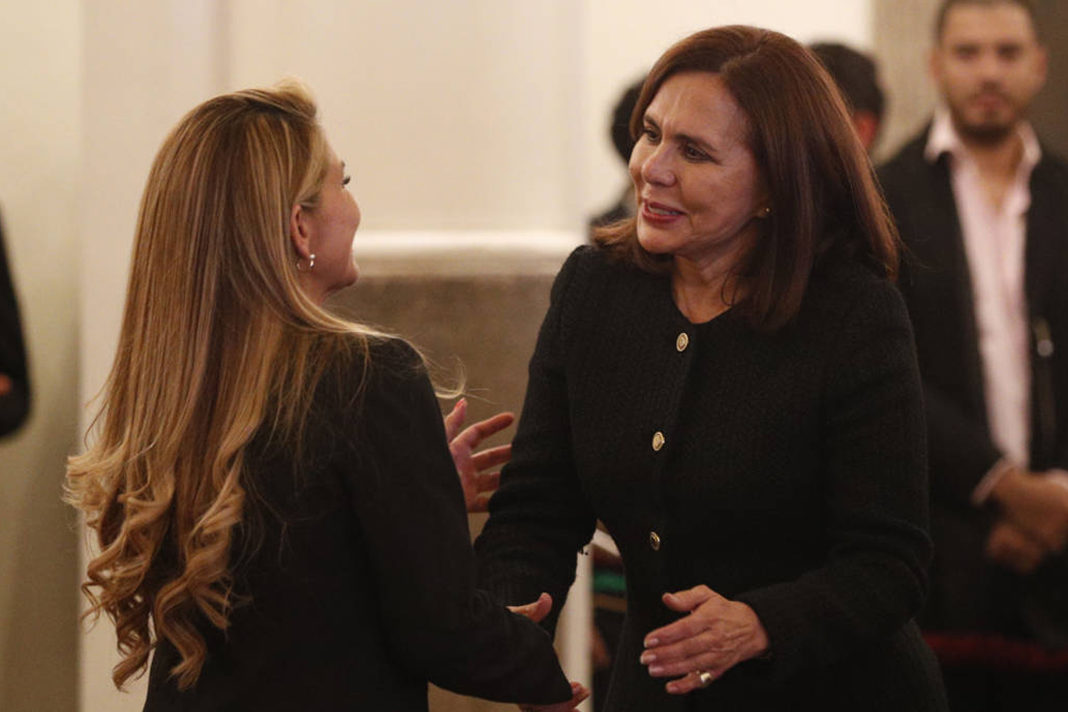 Relations between Israel and Bolivia have been frozen for over a decade, but that is poised to change.

Following the announcement from Bolivian Foreign Minister Karen Longaric on Thursday that her country plans to renew diplomatic relations with Israel, US Secretary of State Mike Pompeo and Israel Foreign Minister Yisrael Katz welcomed the news.

“We welcome the statement from Foreign Minister Longaric that Bolivia will work to reestablish diplomatic ties with Israel and the transitional government’s desire to engage with the world’s democracies as it moves towards free and fair elections,” Pompeo tweeted on Sunday.

Bolivia’s former President Evo Morales resigned in November amid protests that he forged votes and manipulated data in the last Bolivian election. He has fled to Mexico.

“I applaud the Bolivian government’s announcement of its intention to renew relations with our country,” Katz tweeted on Thursday. “The departure of the president hostile to Israel, Morales, and his replacement with an Israeli-friendly government, allows the process [of renewed relations] to proceed.”

The date for formally renewing ties has not been announced. However, the Bolivian government hopes that warming relations with the Jewish state will boost tourism.

Relations between Israel and Bolivia were severed in 2009 by the virulently anti-Israel Morales following Israel’s military operation in Gaza to stop terrorists from launching rockets into the country. In 2014, Morales claimed Israel was a “terrorist state” following its “Operation Protective Edge” defensive war in Gaza to counter Hamas terrorism.

Since Morales’ departure, Bolivia has strived to improve its image worldwide, including breaking ties with socialist dictators in Venezuela and Cuba.