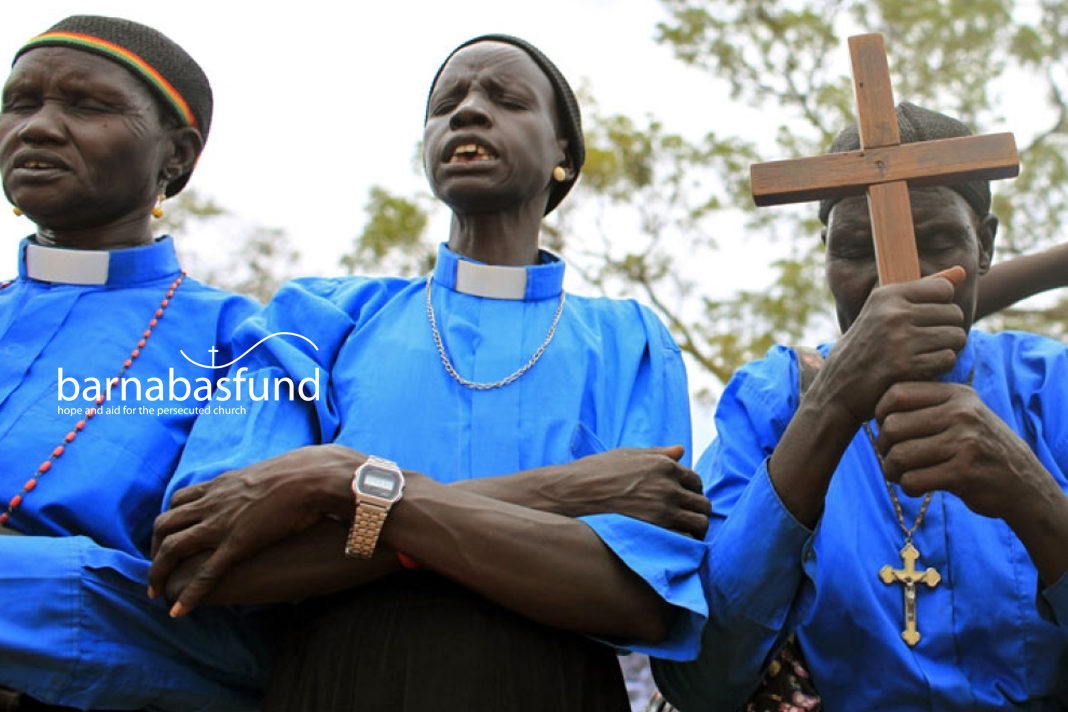 Sudan’s new minister for religious affairs says Christians who suffered and endured “very bad practices” under previous president, Omar al-Bashir, have the right to freely practise their faith and should no longer be considered a minority group.

“They are Sudanese and their religion is heavenly with its values and beliefs,” said Nasreddine Mufreh, who is part of the transitional joint military and civilian council now running Sudan. He pledged that property stolen from churches and Christians during the 30-year rule of dictator al-Bashir will be returned.

Sudanese Christian women, imprisoned under sharia law, worshipping with their children in jail. Barnabas Fund supports a prison ministry that has helped more than 1,200 women and 150 children

Al-Bashir, ousted and arrested by the military in April 2019, deported Christians to South Sudan, closed Christian schools, demolished churches and forced Christians to live with a second class status under Islamic sharia law.

Mufreh said his ministry plans to combat extremist ideals, fight terrorism and reform school curricula. “The Sudanese Islamic Movement project has been defeated in political and community life,” he said.

In a separate development, Sudan has repealed the strict sharia law that controlled how women acted and dressed in public. Under al-Bashir’s regime, women could be thrown in prison for letting a little hair show or for travelling on a bus without a man to accompany them.

In a post on Twitter on 29 November, Prime Minister Abdalla Hamdok paid tribute to women who had “endured the atrocities that resulted from the implementation of this law”.

Barnabas Fund is helping fund a prison ministry in Sudan to aid Christian women who were jailed, often with their children, for infringing the laws on public conduct. In 2018, more than 1,200 detainees were helped, including about 150 children.