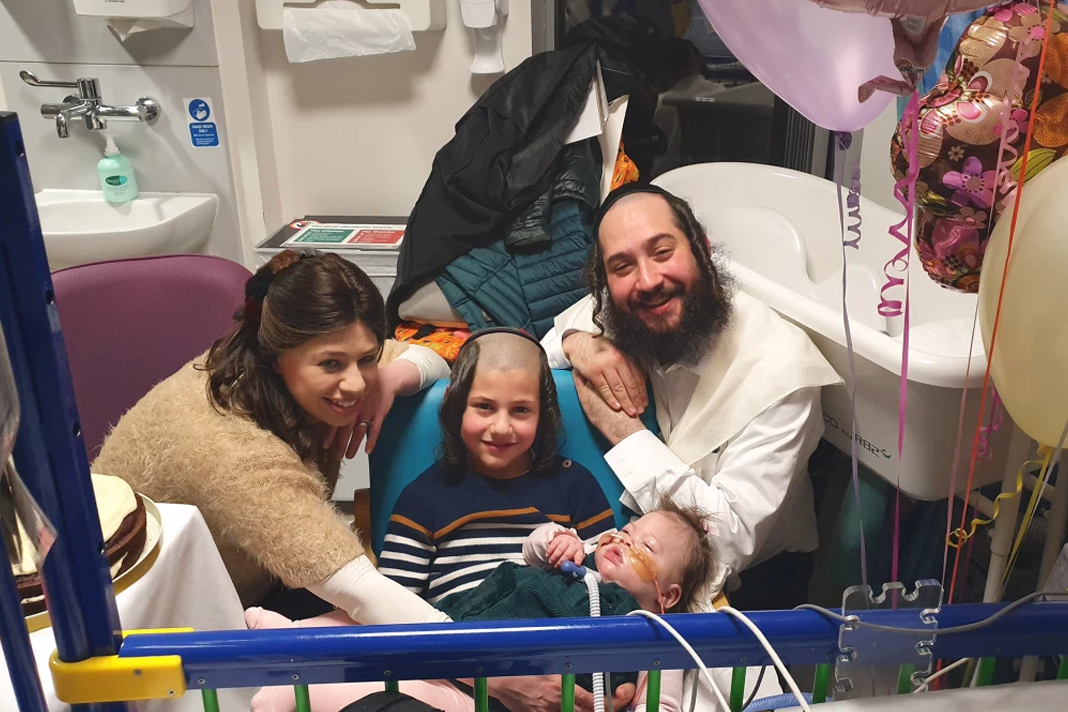 The parents of a toddler in the United Kingdom appear to have exhausted their last legal option to prevent their daughter’s life support being removed against their wishes.

Two previous High Court decisions ruled in favor of Royal Manchester Children’s Hospital, which seeks to remove two-year-old Alta Fixsler’s life support because her medical team believes she has no meaningful prospect of recovery and says she appears to be in significant pain. After losing their most recent appeal, Alta’s parents filed a last-ditch appeal to the European Court of Human Rights (ECHR) asking the legal body to intervene in the case, and to allow the girl to be transported to an accepting facility in another country. But on August 2, the ECHR declined to intervene, meaning that Fixsler’s life support could be removed in the very near future.

Alta Fixsler was born eight weeks premature in December 2018, and oxygen deprivation during the labor and delivery process caused severe and permanent hypoxic brain injury that prevents her from responding to those around her. She has been hospitalized in the pediatric intensive care unit of Royal Manchester Children’s Hospital for her entire life outside the womb. For the majority of that time, she has required mechanical ventilation, also known as life support, which is delivered through a tracheostomy tube in her throat. She also receives nutrition through a feeding tube.

Fixsler’s parents are devout Hasidic Jews and strongly object to the removal of life support because of their religious beliefs about the sanctity of human life. They also remain hopeful that other treatment options at another facility might offer some hope for their daughter.

The Fixslers are Israeli citizens, and Israeli hospitals have already agreed to care for Alta if her current hospital would agree to a transfer. Medical transport has even been offered for free. Fixsler’s father also has American citizenship, and a health care facility in Haskell, New Jersey, hospital has also agreed to take her. A group of U.S. senators appealed to President Biden in late June, requesting that he intervene in the case because Fixsler’s father is an American citizen. Just one week ago, the U.S. government approved a non-immigrant visa for Fixsler that would allow her to travel to the U.S. for assessment and possibly care.

The ECHR’s announcement on August 2 brought an end to the family’s options for legal recourse. The Fixsler family’s lawyer, David Foster, told the BBC following the announcement, “We are considering our next steps. The legal route has ended but it is still the case that an agreement could be reached.”

Fixsler’s story is reminiscent of the stories of Alfie Evans and Charlie Gard, two other seriously ill children who were removed from life support against their parents’ wishes after prolonged and contentious legal battles with the United Kingdom hospitals that were caring for them. In each case, a court of law ultimately decided that hospitals could supersede the conscientious objections of the child’s parents, resulting in the death of each child.

Pro-lifers are naturally concerned that in such cases judge, jurors, and medical staff fail to grasp the sanctity of human life so evidently understood and valued by the child’s parents. The High Court’s May ruling in Alta Fixsler’s case only served to perpetuate this fear, as Judge Alistair McDonald disturbingly pronounced, “The sanctity of Alta’s life is not, within the context of the secular laws that this court must apply, absolute.”