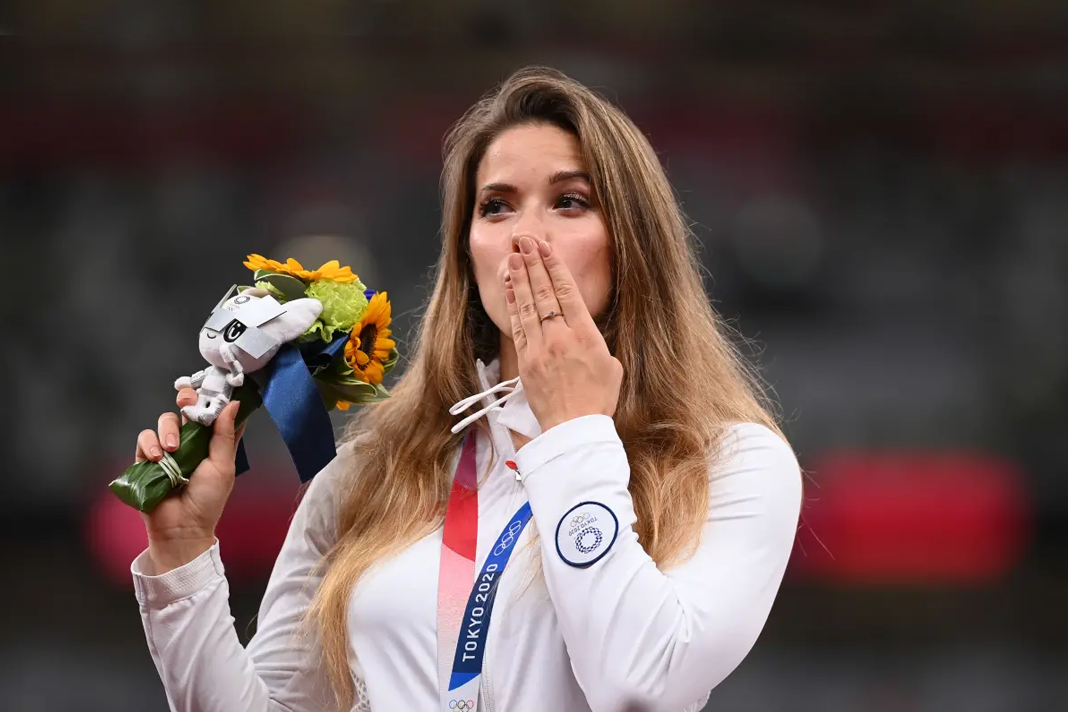 Just days after she took home the silver medal at the Tokyo Olympics for the javelin, Polish athlete Maria Andrejczyk placed the medal up for auction in order to help the parents of a baby boy pay for his life-saving heart surgery.

According to Yahoo Sports, Andrejczyk announced the auction on Facebook on August 11, five days after winning the silver, explaining that she wanted to raise money for eight-month-old Miłoszek Malysa, who needs to travel from Poland to Stanford University in California to undergo the surgery. She said she chose to hold the auction to benefit him because of his parents’ heartfelt pleas for help.

“Miloszek has a serious heart defect, he needs an operation,” she wrote. “He also has support from above from Kubuś — a boy who did not make it on time, but wonderful people decided to donate his funds to Miłoszek. And this is how I want to help too. It is for him that I am auctioning off my Olympic silver medal.”

Miłoszek needed 1.5 million Polish zlotys, the equivalent of about $385,000, to cover the costs of transportation and medical care. The family had already raised half of the funds and Andrejczyk hoped to raise the other half. She was able to exceed that goal — and keep her medal.

“We have the winner of the auction!” she wrote after Polish convenience store Zabka made the winning bid. “On Friday I received this wonderful information, and due to the fact that you dears have already done wonders and joint forces have paid more than the equivalent of the initial medal to the Miłoszek account — I decided to end the auction so that our Miłoszek will receive the whole amount as soon as possible and can fly to the USA.

“The winner, and at the same time, the company I will be eternally grateful to is the company Zabka.”

Zabka said it would not accept the silver medal, writing on Facebook, “We are moved by the beautiful and extremely noble gesture,” but that the company “decided that the silver medal from Tokyo will stay with Ms. Maria.”

At age 25, Andrejczyk is no stranger to medical challenges herself. In 2018 she was diagnosed with osteosarcoma, a bone cancer. She underwent surgery and was able to restart her training for the Tokyo Olympics in 2019. She didn’t think twice about auctioning off her hard-earned medal.

“The true value of a medal always remains in the heart,” she told the Times of London. “A medal is only an object, but it can be of great value to others. This silver can save lives, instead of collecting dust in a closet. That is why I decided to auction it to help sick children.”

Poland is one of the most pro-life nations in the world. In January 2021, the nation increased protections for preborn children, ending discriminatory abortions on children who receive a poor prenatal diagnosis.