Home News Finding Family: A Story Of Loss And Love – With Update! 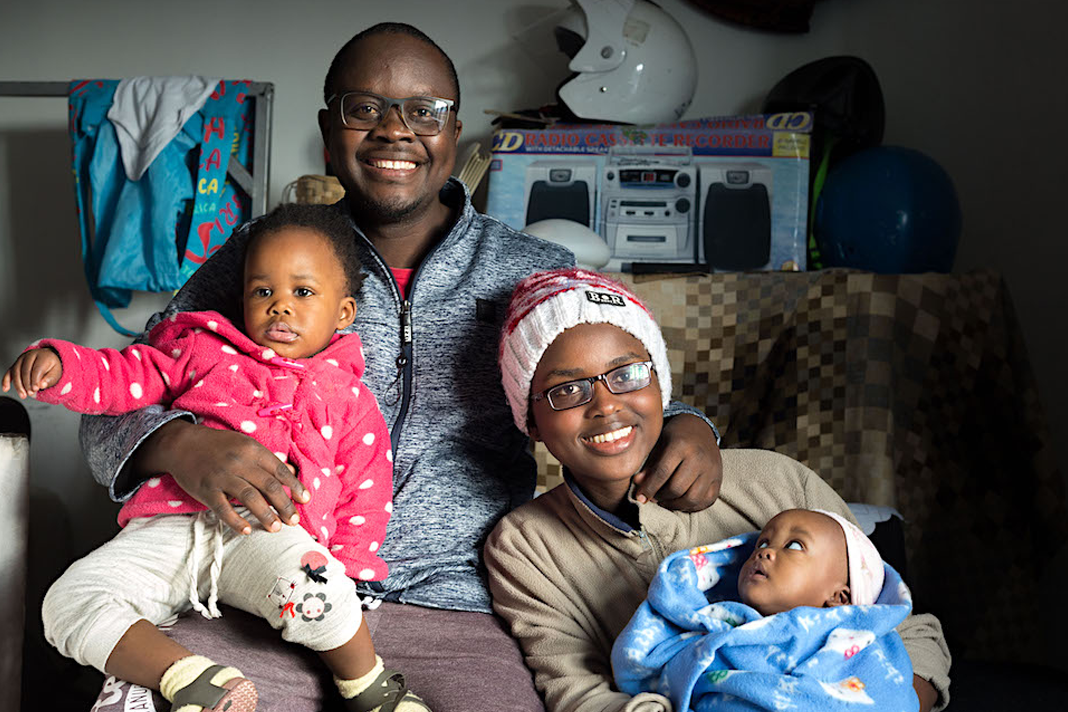 This article was first published in 2018, read to the end for its heartwarming update!

But First, Here’S A Video Glimpse Into Their Life

Both now 28, Isidore and Alida met almost a decade ago through a family friend when he was a university student and she a schoolgirl. They were vague acquaintances until they reconnected in South Africa after fleeing Burundi. They’re now married and  live in Lansdowne, Cape Town with their two small daughters.

Isidore
‘It was the worst day of my life. The month was February 2011: I don’t recall the exact day. When I woke up and got ready to go to the university campus in Burundi where I was studying English literature, I didn’t know it would be the very last time I would ever see my home or family.

Later that day I got a call from my neighbour to say that my father, a politician, and my sister had been shot dead and they were coming for me next. My mom was critically wounded. My brother had a heart attack and died when he heard the news.

I didn’t even have time to think or feel. I ran from the city towards the Tanzanian border, where I got a lift with a truck driver to Zimbabwe. I had no clothes, no food, no documents, no money and in Zimbabwe, there were no jobs. After five days of sleeping on the streets, I got on my knees and prayed, ‘Lord, help me.’ I believe God sent another truck driver who took me across the South African border to Messina, where I was told to report to the police in Pretoria and apply for asylum. 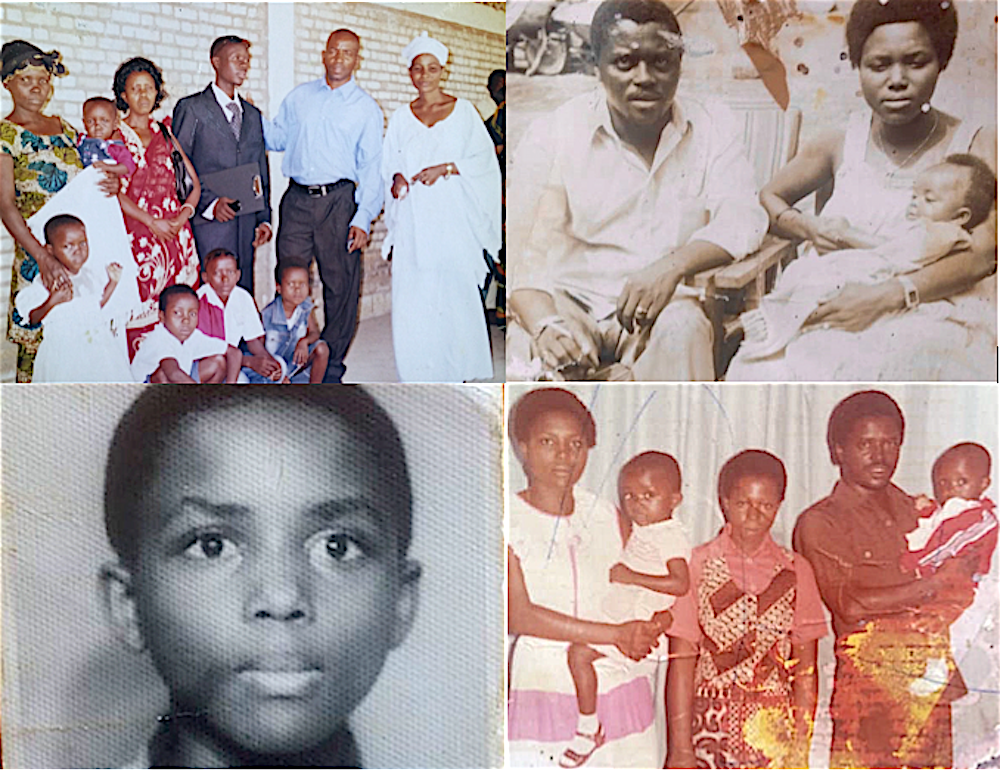 The photos are a little the worse for wear but they couldn’t be more precious to Isidore and Alida. Clockwise from top left: 1. Isidore with family the day he matriculated from school. As a result of political protests his mother (in red) was badly wounded but recovered, his uncle (in the blue shirt) is still whereabouts unknown, his aunt (in white) was killed  2. Alida as a baby with her parents 3. Alida aged three with parents and family members  4. Alida as a grade 7 schoolgirl

Life in Pretoria was hard. I was homeless. I sold sweets on the side of the road and I wasn’t able to make enough to pay the rent for a shared room. I had to try something different. I heard that car guards were needed in Cape Town, so I went there.

I’ve been in Cape Town for seven years now and found various jobs such as security guard and Uber driver. Currently I work at night delivering Debonairs pizzas on a scooter because this year I became a student again, studying nursing at the Cape Peninsula University of Technology. I’ve always dreamt of being a medical professional so I could contribute to public healthcare, where people are often neglected. I didn’t study medicine in Burundi because the admissions process was corrupt, but I dream of being able to move on to becoming a doctor after I qualify as a nurse.

I’m grateful to be living in Cape Town. I stress about how I’m going to make the rent and pay for my nursing tuition but I’m a survivor and I have faith. The same God who loved me in Burundi loves me now in Cape Town and got me here. Although things have happened to me, God has not forgotten me. He has blessed me with friends and family. 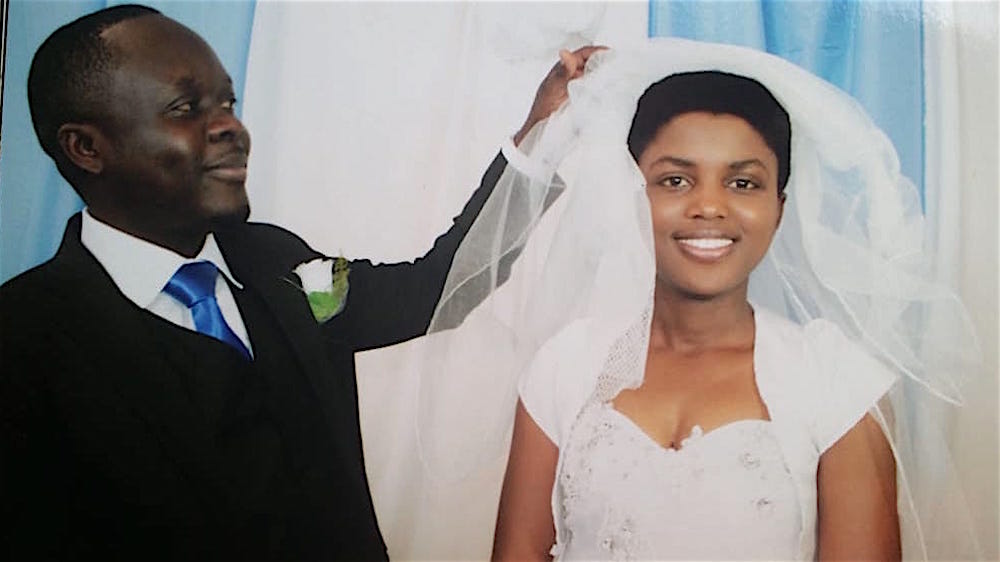 Making friends as a foreigner in South Africa is very difficult. There is much xenophobia and we are called rude names, but we’ve been welcomed by a church community at Christ Church in Kenilworth. We also have fellow refugee friends we visit who understand our challenges such as not being able to live in affordable areas like Gugulethu because we’re outcasts. Instead, we share expensive accommodation with other refugees from Burundi and Zimbabwe.

It’s very difficult to think of how much I lost that terrible day: my home, my education, my family, my childhood, my security, my country and my people. I can never return to Burundi. I’m considered to be a deserter or traitor and risk being thrown in jail or worse. 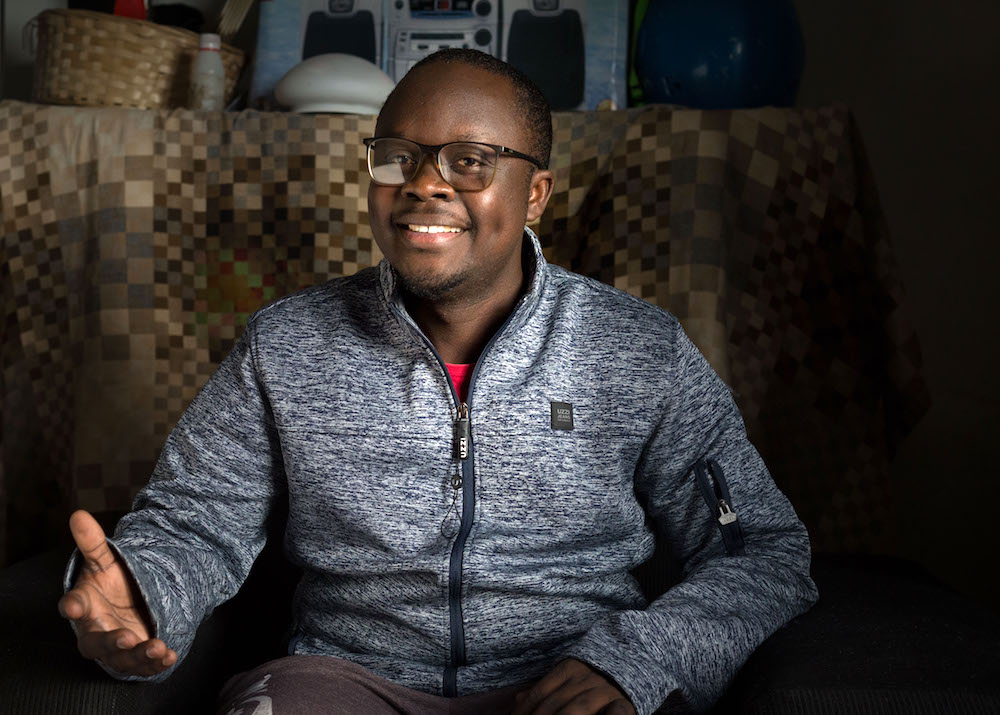 Financial stresses exist aplenty, but Isidore is trying his best to continue training as a nurse : ‘I didn’t think God would restore my life, but He has,’  he says  |  Photo: Nicky Elliott

I don’t like to talk about my story much. It makes me feel very sad. However, I’m grateful to be alive and I am grateful to be where I am. I have a family again with my wife Alida and my kids. We don’t have money and we’re not rich, but we pray together and we love each other. In everything I do Alida supports me, and in everything she does I support her. My wife is so beautiful and dutiful. We understand each other and share ideals. We problem-solve together and besides all of that, she only has eyes for me!

I didn’t think God would restore my life, but He has and He is with us and my new family.’

ALIDA
‘Five years after the terrible day that changed Isidore’s life forever, I had a similar experience. It was 2015 and Isidore was already in South Africa. The president of Burundi, a corrupt man, tried to change the constitution to allow him to serve a third term. When the youth protested, the military turned violent. My brother and father, who made a big contribution to the protests, were killed on the streets. My mother, sister and I were forced to flee and we were separated. They ended up in a refugee camp in Rwanda and I ended up in a camp in Tanzania where I wasn’t safe because most people there were from a different Burundian tribe and I was made to feel very unwelcome. It’s also not safe to be a woman in a refugee camp.

I just had to leave. I walked for days without food until I ended up in a transit camp in Zambia, where I still didn’t feel safe. Undercover Burundian militants were being sent into camps daily to find and kill protesters.

I needed to find somewhere safe for myself, somewhere far from the gunshots. I negotiated with the truck driver of a furniture removal company to sneak me into South Africa and hid in the back of the truck for four days. It was terrifying and I almost died. There was no air and my deepest fear as a woman travelling alone with a stranger was that I’d be abducted or raped, or that I’d be discovered without the right documents at the borders. I was, after all, an illegal traveller. 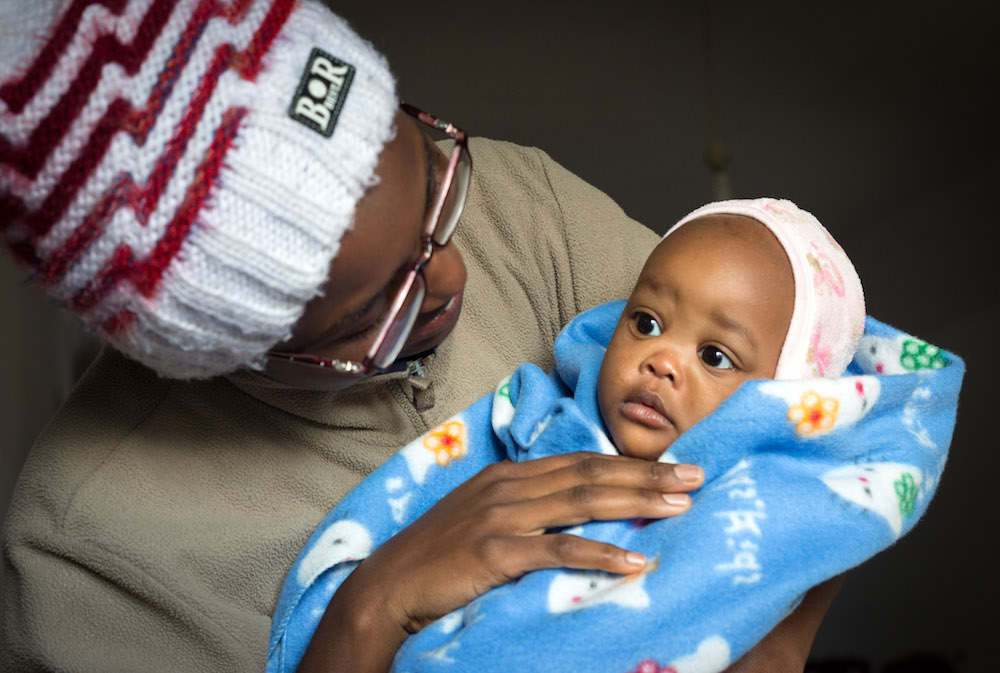 After her brother and father were killed on the streets following political protests, Alida fled Burundi and was separated from her mother and sister. Here she holds baby Keren, whose name means ‘ray of light’  |  Photo: Nicky Elliott

When I arrived in Pretoria, I made my way to a Burundian church I’d been told about. The pastor arranged for me to stay with one of their church members while I sorted out my documentation and looked for a job. Finding work was difficult because I could barely speak English and while I have a computer science degree, employers weren’t happy with my political asylum status and kept asking for a South African ID.

If you want to survive, you learn to manage yourself and I believe God has always been with me. When I was young, He surrounded me with a family who loved me. When everything changed, I said, ‘God where are you?’ I felt Him telling me all the time that He was by my side, sending people to help me and giving me the courage to move forward.

I believe that God protected me the day I fled. He sent me the pastor in Pretoria, who found me a job as a babysitter in Cape Town. I haven’t been able to find work since then because I still don’t have a South African ID or refugee status, but I have asylum seeker documents and I believe God will help me. He sent me friends and also the very best thing in my life – Isidore! 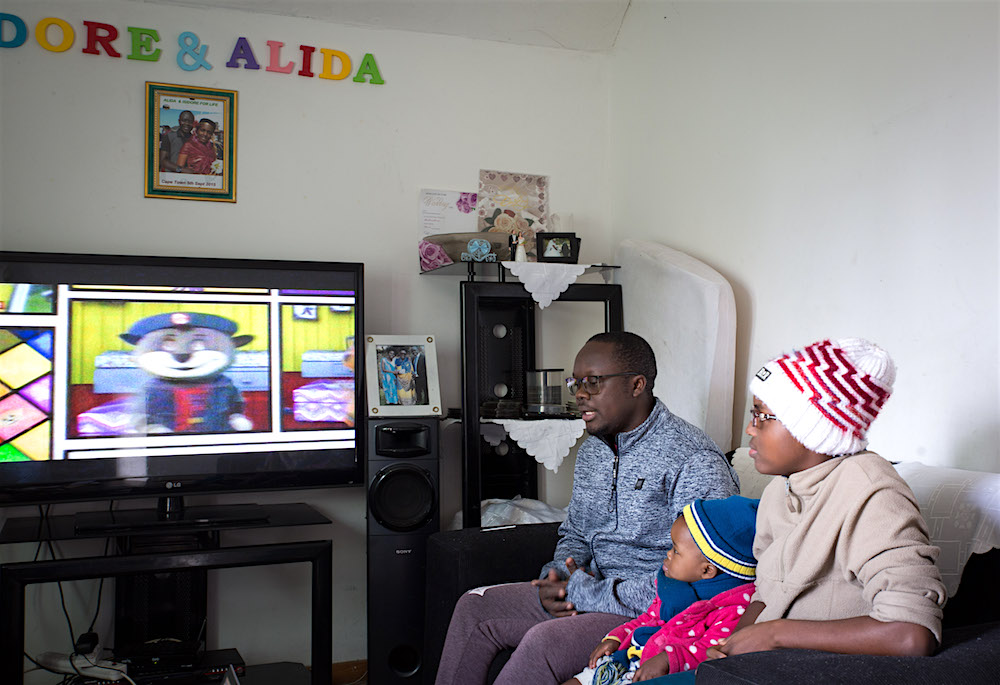 With life lived cheek by jowl in the family flat, cartoons are a lifesaver at times!  |  Photo: Nicky Elliott

I met Isidore at a church in Salt River. We shared our stories and our pain. We’ve passed through many things alone and together. When we look back, although it was tough, I believe God opened doors and our hearts to each other. I love so many things about Isidore. He is so handsome and he understands me. He always supports me. He is a kind, good and faithful man. We’re a great match!

Isidore and I have been married for three years and together, we are better. God has healed us by making us a family again. We have two precious little girls, Alisa who’s 18 months old and Keren who is five months old. Alisa means gift from God and Keren means ray of light. We are really thankful for God’s gifts and light.

I don’t know if I will ever see my Burundian family again. They are in Rwanda now. We stay in touch on Facebook while I’m far, far away in Cape Town. I’m really grateful to be able to live here with the new family I’ve made with Isidore. For now I’m a mom at home with my small children because I can’t find work. 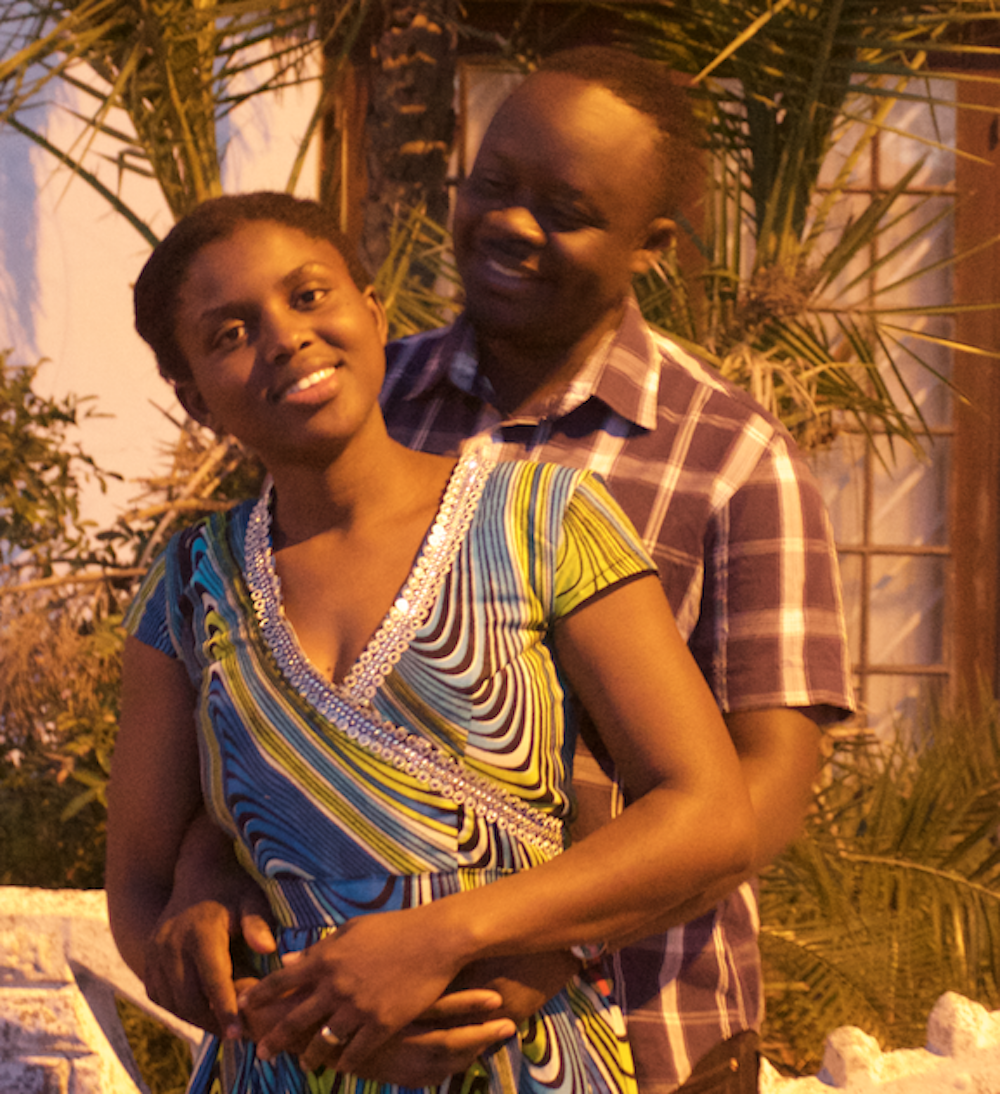 ‘Isidore always supports me and is so handsome!’ says Alida who dreams of getting accreditation for her Burundian IT qualifications

My biggest dream for the future is to become a lecturer and revisit my IT studies again. I had completed them in Burundi but I don’t have the funds to attain the necessary accreditation here.

Cape Town is such a beautiful city – I love the sea and the diversity of cultures. There are people here who have been so kind to us. The prayer team at Christ Church in Kenilworth are like a second supportive family. They visited when I was sick and they sent gifts when I was pregnant. This makes me feel special, valued and welcome.’ 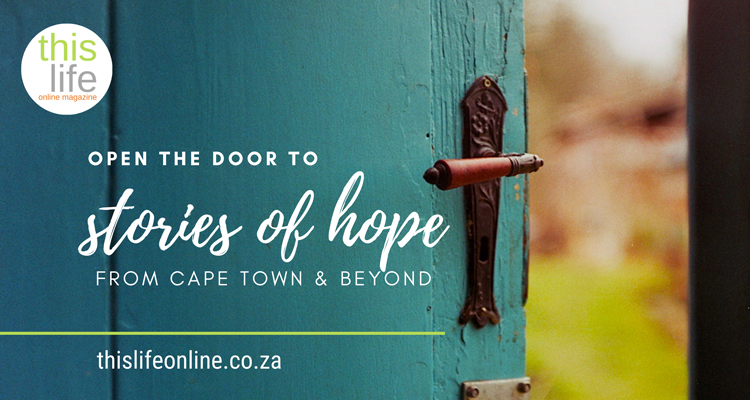