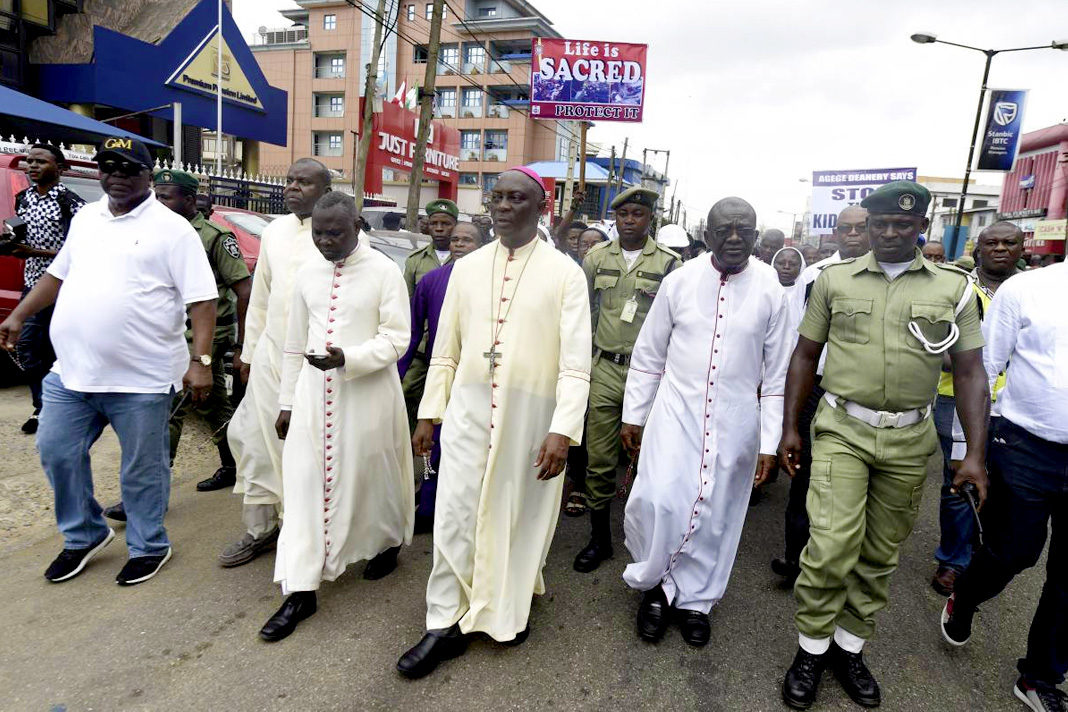 Four Catholic priests have been kidnapped by armed men during the latest in a spate of abductions affecting Christian figures in Nigeria.

The Holy See-run Vatican News website said: “Nigerian Catholic Church authorities have asked the faithful in that country to pray for the release of four priests abducted by gunmen…”

The group had been returning from a two-day reunion in Warri (pictured), celebrating their tenth anniversaries as priests when they were ambushed.

The vehicles they were travelling in were sprayed with bullets. Other priests managed to drive away but four members of their party were captured.

The incident comes a fortnight after the release of five nuns from the nearby town of Agbor who were kidnapped on 25th October.

Advising against all but essential travel in inland areas of Delta, the UK Foreign & Commonwealth Office currently warns there is a “high threat of criminal kidnap” in the area.

Four British missionaries were abducted in Delta State last October. One of them, 57-year-old Ian Squire from Shepperton, died in captivity.