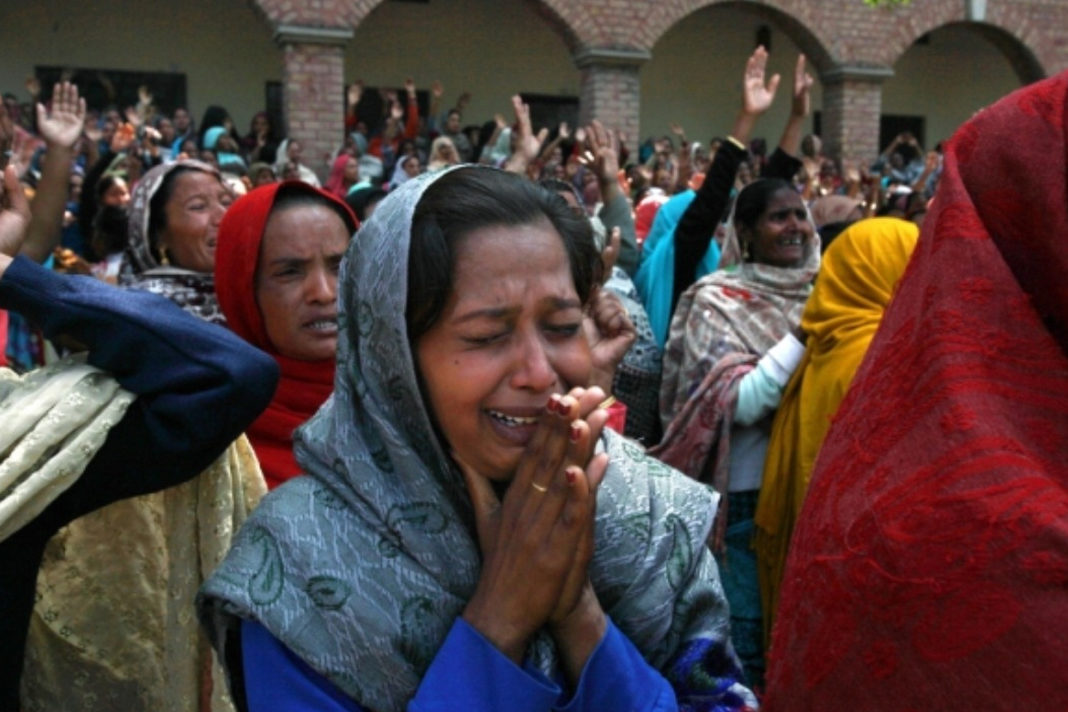 In October 2019, a 13-year-old Christian housemaid was sexually assaulted and blackmailed by Qari Zahid, a Muslim cleric of an Islamic seminary in Shujahabad. According to Iqbal Masih, a local social activist, Zahid assaulted the victim multiple times.

“The first assault happened in the evening as she stood out in the street,” Maish told ICC. “Qari Zahid forcibly took her to his seminary where he raped her. He then threatened that he would kill her and her family if she opened her mouth against him.”

“She told me that she hated herself for her vulnerability and wanted to die,” Masih continued. “However, she later decided to raise her voice against Zahid and shared everything with her parents.” Local police have since registered a First Information Report (FIR) against Zahid; however, no arrest has been made at the time of writing.

Another Christian girl, named Maria, age 15, was raped by five Muslim men, including two policemen, in October in Ferozwala. In a video posted to Facebook, Maria said, “I was alone at home. My parents went away for some business. Sajid and his friend knocked at the door to collect an installment of a loan which my father has taken from an Islamic organization.”

“The policemen told me that since my father has not paid the installment on time, I had to accompany them to the office for witnessing and updating the officials,” Maria continued. “They took me to an unknown place instead of the office. The five men, including the two policemen, raped me. They beat me and threatened me to keep silent. However, I need justice and punishment for the culprits.”

While speaking with ICC, Maria’s father explained that Maria was “thrown” near a local church the following day. He went on to accuse the police of pressuring his family to keep silent if they want to live in peace.

“Others are now threatening us to withdraw our complaint against them,” Maria’s father reported.

“Christian girls are taken [for] granted in this society, Iffat Mall, a Christian activist, explained to ICC. “Persons belonging to [the] Muslim community know that Christians are too weak to approach the police and are unable to bear legal expenses of bringing a case. Therefore, they take advantage of this situation and humiliate Christian girls with impunity. The authorities must take care of the marginalized groups and protect them.”