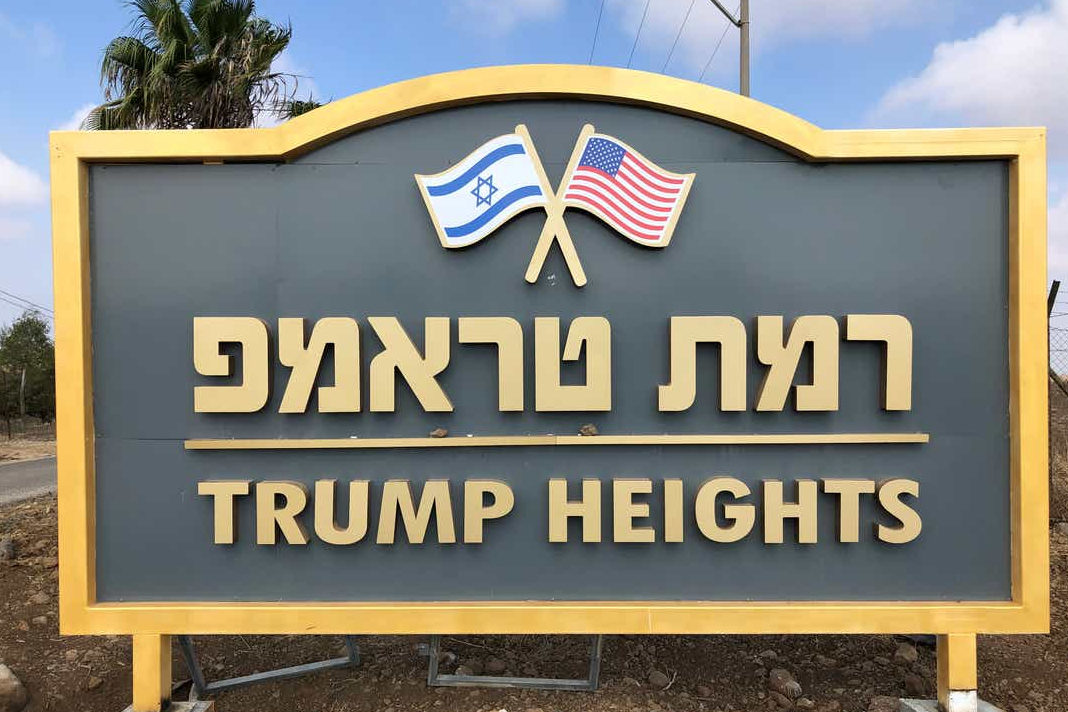 In June, Netanyahu unveiled a new settlement in the Golan Heights, named after Trump as a thank you for the president’s unwavering support of Israel.

An  Israeli pre-military academy is under construction in the area where Israeli’s newest settlement in the Golan, known as ‘Trump Heights,’ will be established, reports Israel National News.

Currently, 25 students are at the academy and many more are expected to follow after construction is completed.

On Thursday, the Settlement Division of the World Zionist Organization held an event to celebrate the opening of the academy.

In attendance were the head of the Golan Regional Council Chaim Rokach, Director-General of the Prime Minister’s Office Ronen Peretz, and MK Uri Ariel of the Yisrael Beiteinu party.

“This is an important step in the application of sovereignty here in the Golan.I see the members of the academy as pioneers of the settlement and believe that the young atmosphere and volunteer spirit of the core of families coming here in the summer will help establish the Golan Heights,” said Uri Ariel, the minister in charge of the Settlement Division.

Although Trump Heights hasn’t been constructed yet, a sign that bears its name stands at the intended spot.

Last December, Trump announced the United States official recognition of Jerusalem as the capital of Israel, and as a sign of commitment, he moved the U.S. Embassy from Tel Aviv to Jerusalem the following year.

On March 25, Trump recognized Israeli sovereignty over the Golan Heights, which was captured by the Jewish State from Syria during the 1967 Six-Day War.

In 1981, the Israeli Knesset passed legislation extending Israeli law to the Golan Heights.

However, the international community still refuses to recognize Israeli’s sovereignty over the territory.