Home News Mysteries That Couldn’t Be Revealed Until Now Fill The Pages Of Jonathan... 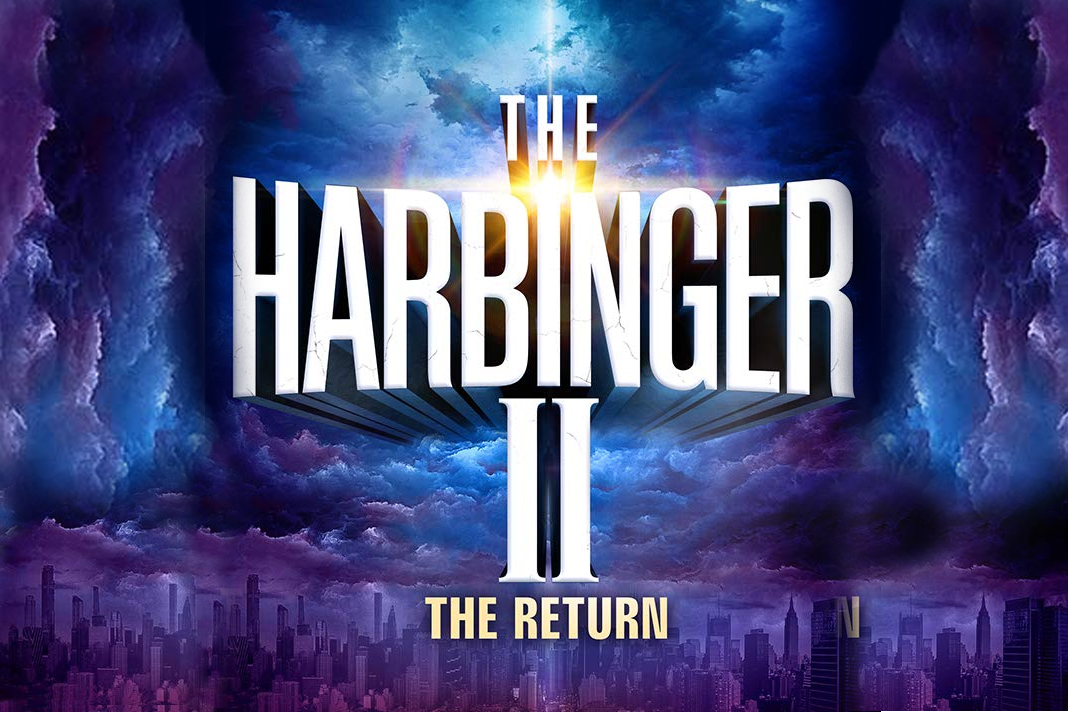 Ever since The Harbinger by New York Times’ bestselling author Jonathan Cahn was released eight years ago, people have been asking: “Has the mystery continued? Have more harbingers manifested? Is America closer now than ever before to judgment? And what does the future hold?”

The Harbinger ended by speaking of what was yet to come. It’s now coming true.

After years of holding back, Cahn is preparing to release The Harbinger II: The Return, which is being hailed as even more powerful and stunning than the first book, as it takes the mystery to new dimensions and discloses what could not be revealed in The Harbinger.

For the first time in The Harbinger II, Cahn opens up what could not be unlocked before—the mysteries that couldn’t be revealed until now, the manifestations that have taken place since The Harbinger was released and up to the present hour, and the mysteries of what is yet to come.

The Harbinger II will open up the mysteries of the Gate, the Watchmen, the Mystery Ship, the Word in the Ruins, the Book of Days, to the Image, the Judgment Tree, the Children of the Ruins, the Convergence, the Handwriting on the Wall and much more. It will ultimately reveal the mystery of what is yet to come, including the Shakings, the Plague, the Western Terrace, the Island, the Day of the Watchman and much more.

This prophet will now continue the revelation where he left off and open mysteries as stunning and mind-blowing as the first. As in the prophet’s first appearance, the revelations will be opened up, one by one, through the giving of ancient seals, but also through dreams and through a little girl as mysterious as the prophet.

As in his other epic bestsellers, Cahn takes readers on a mysterious journey throughout The Harbinger II during which they will uncover the all-new revelations. The Harbinger II will also reveal the specific answer, keys and hope, and just as with The Harbinger, readers will never see the world the same way again.

Cahn is also the author of the massive worldwide hits The Oracle, The Paradigm, The Book of Mysteries and The Mystery of the Shemitah. He was named, along with Billy Graham and Keith Greene, one of the top 40 spiritual leaders of the past 40 years to have radically impacted the world. Called the prophetic voice of this generation, Cahn is a much-sought-after speaker and has been highlighted in The New York Times as well as in many national and international media. He has spoken on Capitol Hill, at the United Nations and to millions of people around the world. Cahn is known for opening the deep mysteries of Scripture and bringing forth messages of prophetic import. He leads Hope of the World ministry, an international outreach of teaching, evangelism and compassion projects for the world’s most needy. He also leads the Jerusalem Center/Beth Israel, a worship center made up of Jews and Gentiles, people of all backgrounds, just outside New York City in Wayne, New Jersey. His ministry can be contacted at HopeoftheWorld.org and Jonathan Cahn Facebook.