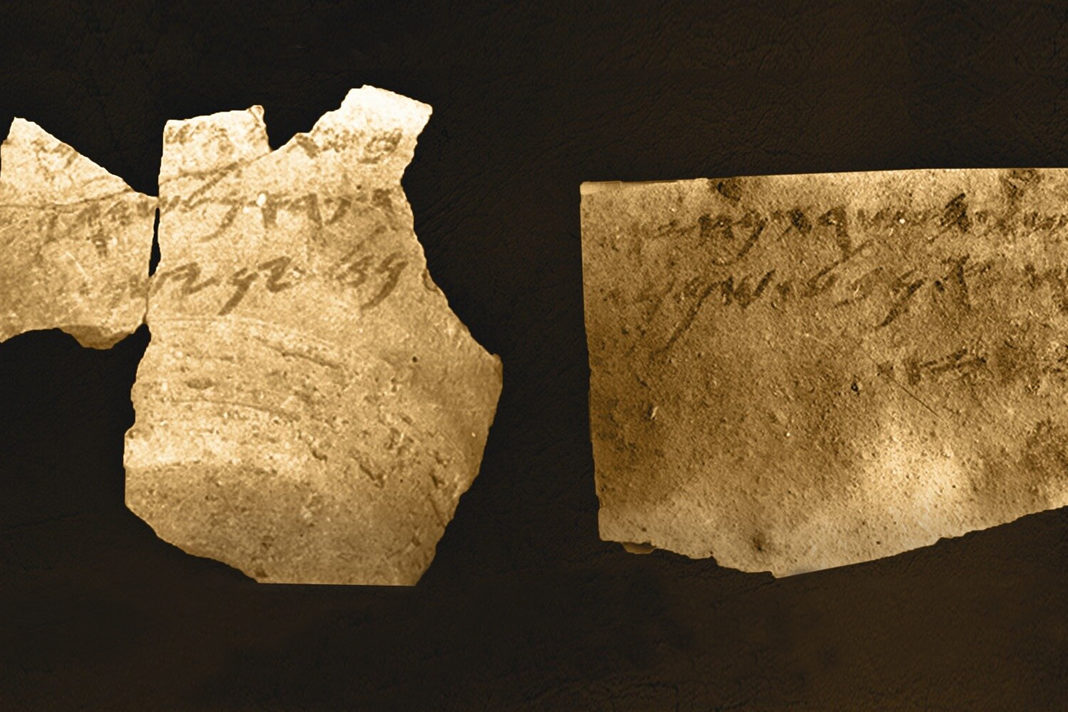 In 1910, Harvard University Egyptologist George Andrew Reisner was conducting an excavation in the palace of King Ahab in Samaria. Once the first capital of the biblical Kingdom of Israel, the adjoining village of Sebastia had been reduced to a backwater in Ottoman Palestine. There the American stumbled on an extraordinary discovery – more than 100 pottery fragments inscribed with biblical Hebrew inscriptions dating from 850 to 750 BCE.

Called the Samaria ostraca, the broken clay pieces are today held in the Istanbul Archaeology Museums. Reading them was relatively straightforward. But what was their wider context in the ancient world and the Bible? What did they mean? Who wrote the inscriptions?

Archaeology was then in its infancy as a science. Unlike his 19th century predecessors, Reisner wasn’t an imperial grave robber intent on finding treasures to display in the British Museum in London, the Louvre in Paris or the Altes Museum in Berlin. But before William Foxwell Albright (1891-1971) revolutionized excavating in the Near East, and used this influence to advocate “biblical archaeology” – in which the archaeologist’s task, according to fellow Biblical archaeologist William Dever, is seen as being “to illuminate, to understand, and, in their greatest excesses, to ‘prove’ the Bible,” – Reisner was operating in the dark.

With few texts preserved from 2,800 years ago, the ostraca are an invaluable resource. They detail place names, royal officials, receipts for commercial transactions and tax purposes, and taxpayers.

But despite a century of research, major aspects of the ostraca remained in dispute, including their precise geographical origins — either Samaria or its outlying villages — and the number of scribes involved in their composition. But a Tel Aviv University (TAU) study published Wednesday (Jan. 22, 2020) in PLOS ONE, has found that just two writers were involved in composing 31 of the more than 100 inscriptions, and that the writers were contemporaneous, indicating that the inscriptions were written in the city of Samaria itself.

Research for the study was conducted by PhD candidate Shira Faigenbaum-Golovin, Dr. Arie Shaus, Dr. Barak Sober and Prof. Eli Turkel, all of TAU’s School of Mathematical Sciences; Prof. Eli Piasetzky of TAU’s School of Physics; and Prof. Israel Finkelstein, Jacob M. Alkow Professor of the Archaeology of Israel in the Bronze and Iron Ages, of TAU’s Sonia and Marco Nadler Institute of Archaeology.

The inscriptions list repetitive shipment details of wine and oil supplies to Samaria and span a minimal period of seven years. For archaeologists, they also provide critical insights into the logistical infrastructure of the kingdom of Israel. The inscriptions feature the date of composition (year of a given monarch), commodity type (oil, wine), name of a person, name of a clan and name of a village near the capital. Based on letter-shape considerations, the ostraca have been dated to the first half of the eighth century BCE, possibly during the reign of King Jeroboam II of Israel.

“If only two scribes wrote the examined Samaria texts contemporaneously and both were located in Samaria rather than in the countryside, this would indicate a palace bureaucracy at the peak of the kingdom of Israel’s prosperity,” Prof. Finkelstein explained.

“Our results, accompanied by other pieces of evidence, seem also to indicate a limited dispersion of literacy in Israel in the early eighth century BCE,” Prof. Piasetzky said.

“The innovative technique can be used in other cases, both in the Land of Israel and beyond. Our innovative tool enables handwriting comparison and can establish the number of authors in a given corpus,” added Faigenbaum-Golovin.

The research follows up from the findings of the group’s 2016 study, which indicated widespread literacy in the kingdom of Judah a century and a half to two centuries later, circa 600 BCE. For that study, the group developed a novel algorithm with which they estimated the minimal number of writers involved in composing ostraca unearthed at the desert fortress of Arad. That investigation concluded that at least six writers composed the 18 inscriptions that were examined.

“It seems that during these two centuries that passed between the composition of the Samaria and the Arad corpora, there was an increase in literacy rates within the population of the Hebrew kingdoms,” Dr. Shaus said. “Our previous research paved the way for the current study. We enhanced our previously developed methodology, which sought the minimum number of writers, and introduced new statistical tools to establish a maximum likelihood estimate for the number of hands in a corpus.”

Next, the researchers intend to use their methodology to study other corpora of inscriptions from various periods and locations.