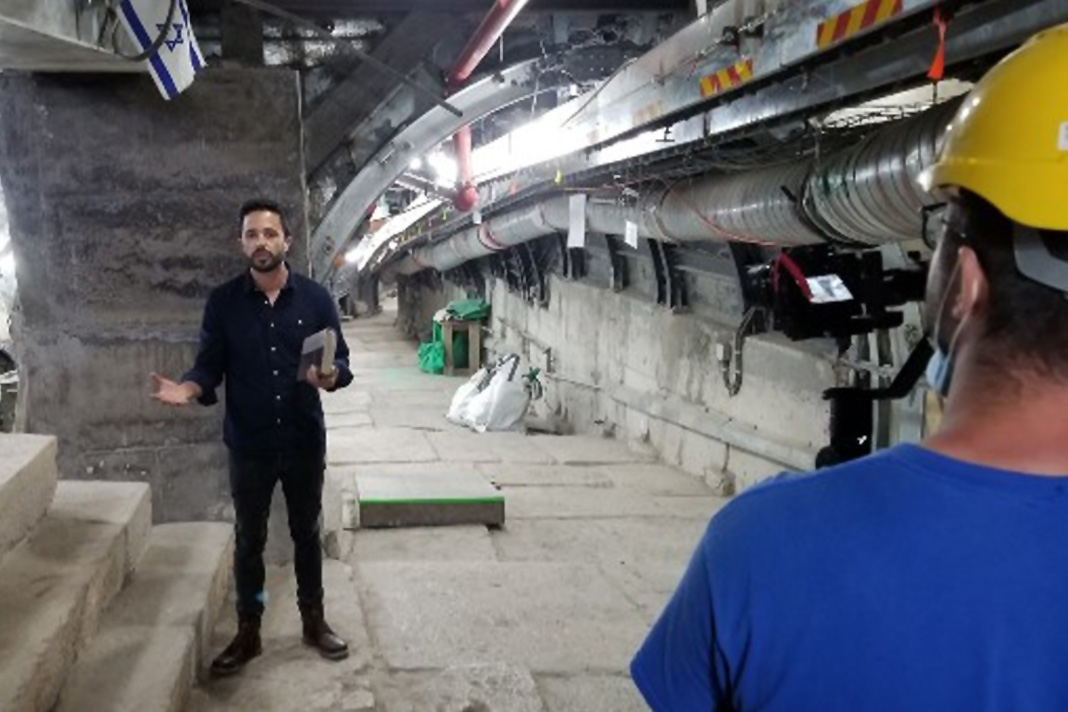 The latest excavations done at the City of David site unearthed an ancient street referred to as “the Pilgrimage Road,” which dates back to Jesus’ time and leads from the Shiloach Pool up to the entrances of the temple. Alongside the ancient street, a podium once used for addressing passers-by was unveiled.

Archaeologists and historians are convinced that the street was used by the millions of pilgrims going up to the temple year after year during the holy days mentioned in the Bible. One of those pilgrims was Jesus Himself.

During Shavuot (Jewish feast), also known as Pentecost, pilgrims from all over would gather in Jerusalem to thank God for the first fruits. A famous account of Shavuot is found in Acts 2:1 (CJB): “The festival of Shavu’ot arrived, and the believers gathered together in one place.”

According to the Gospels, during this gathering, the Holy Spirit was poured out. The sound of it was heard wide, beyond the house. Peter took the opportunity to explain what was going on, and so he “stood up with the eleven, raised his voice and addressed the crowd” (Acts 2:14a, NIV).

In his speech, Peter introduces Jesus as the Messiah, being, as foretold, a descendant of the well-respected King David whose grave is “here with us today” (Acts 2:29b, NCV) in the nearby City of David and, after a fiery speech, the Gospel indicates that about 3,000 people were immersed (Acts 2:41, CJB).

“The close proximity to the burial site of David, the dating and location of the ancient Pilgrimage Road and the fact that baptism of 3,000 could only have taken place in the public mikweh (or mikveh) of the Shiloach Pool, give us very strong indications that Peter and the eleven addressed the crowds from such a podium unearthed right now,” states, Moshe Gabay, licensed tour guide in Israel and director of Keshet Journeys.

The Shiloach Pool, which is dated to Herod’s period, was the largest public mikveh, considering that the pools uncovered by the southern steps of the temple were private. The geographic aspects of the discovery in the nearby City of David could point to the event where the 3,000 were immersed right after Peter’s speech.

Gabay concludes that “While waiting for different times and the return to our ‘temples’ of today, this might be the opportunity to focus on the core and the mission of the church. Realizing the significance that God, through archaeology, reminds His people—in the midst of this pandemic—of the church’s mission: sharing the Good News and that His kingdom is at hand.

The City of David is working to open these discoveries to the public by the end of 2021, including the Pilgrimage Road, the podium and Shiloach Pool. Keshet Journeys will be adding the new discoveries to its existing tours of the ancient city.