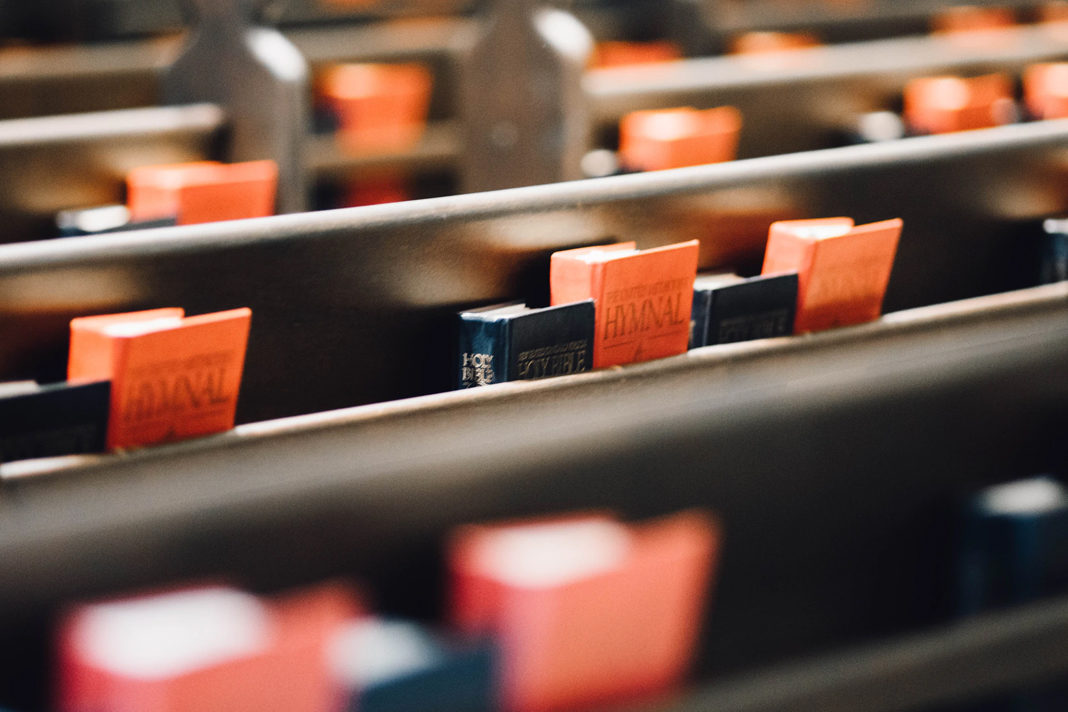 Any books and printed materials not approved by the regime are confiscated, and religious periodicals are prohibited from being published and distributed.

Starting from April 2018, the Chinese government banned the sale of Bibles and other religious materials that are not sanctioned by the regime and started closing down stores that sell them. Since then, people of faith can purchase religious texts only from state-run organizations, while censorship measures are tightened on religious texts as part of the nationwide campaign to “eradicate pornography and illegal publications.”

Religious books from abroad, magazines and hymn books published by printing houses that are not approved by the state, even gospel leaflets have been included on the list of materials to be confiscated, people banned from having them under the threat of punishment.

In October, a House Church

“>house church preacher was investigated by the police for having purchased online a Christian book published by a US publishing house three years ago. He was treated as a criminal: police officers took photos of him and collected his fingerprints. Not only his book was confiscated, but data on his cellphone was inspected as well. The preacher was warned not to buy religious materials that are not approved by the state.

“The police tracked him down by investigating his activities online. Such monitoring of citizens’ purchases on the internet is widespread in China,” a government source explained to Bitter Winter.

A couple from the Prefecture-level City

(地級市). One of the 294 main units of the second level, the Prefectural Level, of the administrative division of China. It is constituted by a city and the surrounding rural areas.

“>prefecture-level city of Taizhou in the eastern Province

“>province of Zhejiang were arrested by the local police in September, accused of selling religious literature imported from Hong Kong, Taiwan, the United States, and other countries.

According to a government insider, after the arrest, public security officers tracked down each buyer throughout the country the couple had sold religious materials to. They confiscated all books and talked to every buyer to collect information for further investigations. Even people who live in other provinces, like Henan, and purchased books from the couple two years ago were brought in for interrogation.

“These were regular books on religion, published by publishing houses or organizations abroad, for example, A Kernel of Wheat Christian Ministries in the United States. But they are the cause of investigations and are confiscated,” a house church preacher said worriedly. “Since last year, the regime has been intensifying its control over people’s faith, banning non-government-approved publications of various religions, including Christianity, Islam, and others. They are even revising the Bible. No books will soon be able to reach mainland China.”

It stands for Chinese Communist Party, which from 1949 controls all social and political life in China. Members of CCP should in principle be self-proclaimed atheists. The ultimate goal of CCP is suppression of religion. However, how this goal is achieved has varied during time, and after Chairman Mao’s death the CCP has acknowledged that, notwithstanding its efforts, religions may survive in China for a long time.

“>CCP’s high-pressure policy, religious periodicals are also struggling to survive. An editor of a religious magazine who required anonymity told Bitter Winter that launching a religious publication is now considered a serious crime in China. “Only those censored by the government are allowed. Even then, many issues are banned from their pages, like cases of removal of crosses from churches,” the editor added. “Since Xi Jinping

The secretary of the CCP since 2012 and the president of China since 2013. He has promoted a personal dictatorship and a cult of his personality reminiscent of Chairman Mao, and a crackdown on all religions stronger than in the previous decades, which found its legal expression in the new Regulation on Religious Affairs.

“>Xi Jinping took power, the government’s control over this field has intensified colossally.”

Pressured by the government, many publications have been discontinued. The Spring Rain News, a newspaper founded by the Seventh-day Adventist Church in October 2014, was targeted during a nationwide campaign last year that resulted in its closure and arrests of subscribers.

The Catholic newspaper Breeze, published by the Ningjin Diocese in the northern province of Hebei, was forced to cease publication in October 2018. Primarily distributed among members of congregations in the diocese, each issue had a circulation of around 10,000 copies. 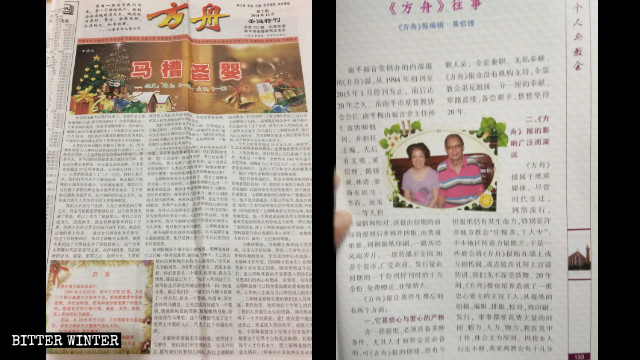 Catholic newspaper Breeze was forced to be discontinued in 2018.

The Ark was founded in 1994 by a Three-Self Church

“>Three-Self church in Nanping, a city in the southeastern province of Fujian. Initially, the newspaper was distributed in the Yanping District

(市轄區). An administrative unit at the same level of a county, but normally located within a municipality or a prefecture-level city.

of Nanping, with a circulation of about 1,000 copies. Later on, the readership increased to over 100,000 copies, and it was disseminated in over 20 provinces and cities. 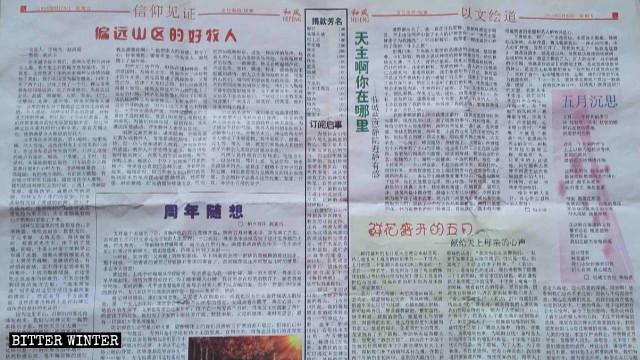 The discontinued Protestant newspaper The Ark.

The newspaper was issued all necessary government permits. Regardless, in 2015, the authorities ordered the newspaper to be discontinued, claiming that it was “an illegal publication” and “its circulation too high.” Officials even threatened to arrest the pastoral staff if their orders were ignored.