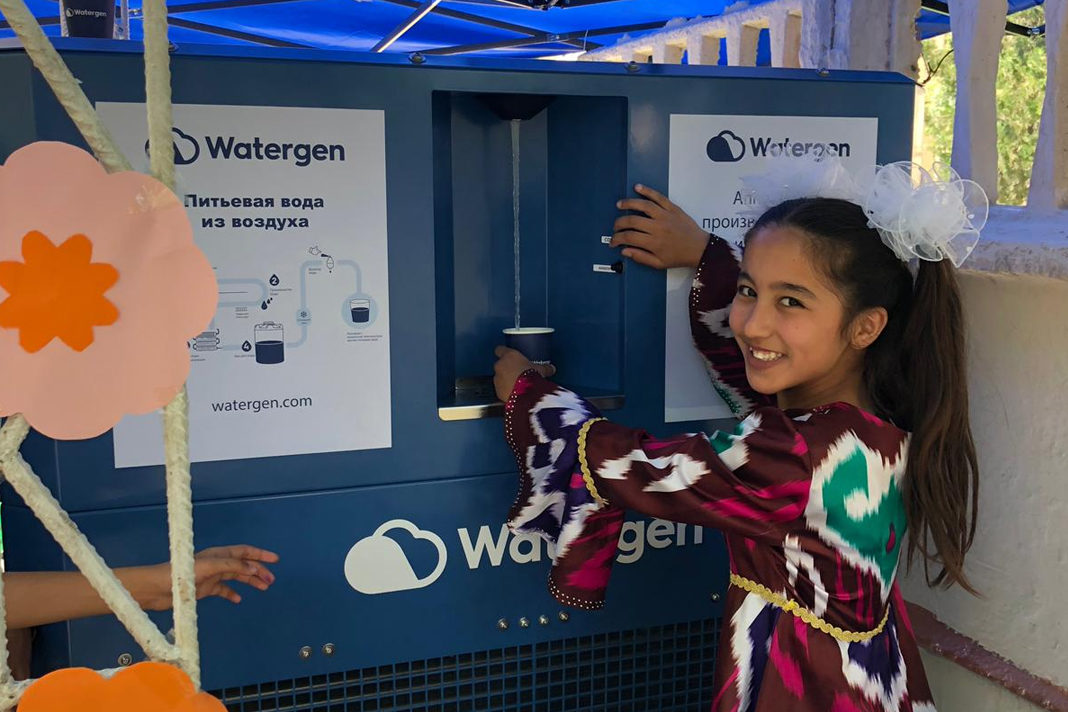 Watergen has made its technology available to countries such as India, Vietnam, Sierra Leone, Colombia, Uzbekistan and South Africa.

A machine that makes safe, clean drinking water out of ambient air—manufactured by the Israel-based company of Watergen—was included in Time magazine’s list in 2019 of the top 100 inventions published on Nov. 21.

Resembling a typical water cooler and designed especially for homes and offices, the machine, which is named “GENNY,” can produce as much as 27 liters of water per day.

The apparatus makes water by using Watergen’s patented, heat-exchange GENius technology. It first collects water vapor in the air and then cools the air at its dew point. Subsequently, the water goes through physical, chemical and biological treatment, followed by a mineralization process, to maintain its cleanliness, tastiness and healthy quality.

Essentially, the “GENNY” not only functions as a dehumidifier, but also provides an environmentally friendly alternative to bottled water. Like Watergen’s other water generators, it needs no infrastructure to operate except for a source of electricity.

The GENNY was also recognized in January by the Consumer Technology Association at this year’s Consumer Electronics Show in Las Vegas, earning “Best of Innovation Honoree” in the “Tech for a Better World” category. It was also distinguished as an honoree in the “Home Appliances” category.

Watergen has been active in making its technology available to many developing countries, including India, Vietnam, Sierra Leone, Colombia, Uzbekistan and South Africa.

Its goal in making clean water available to all parts of the globe with the help of it water generators earned the company its place on the World Economic Forum’s list of the world’s top technology pioneers in 2018.