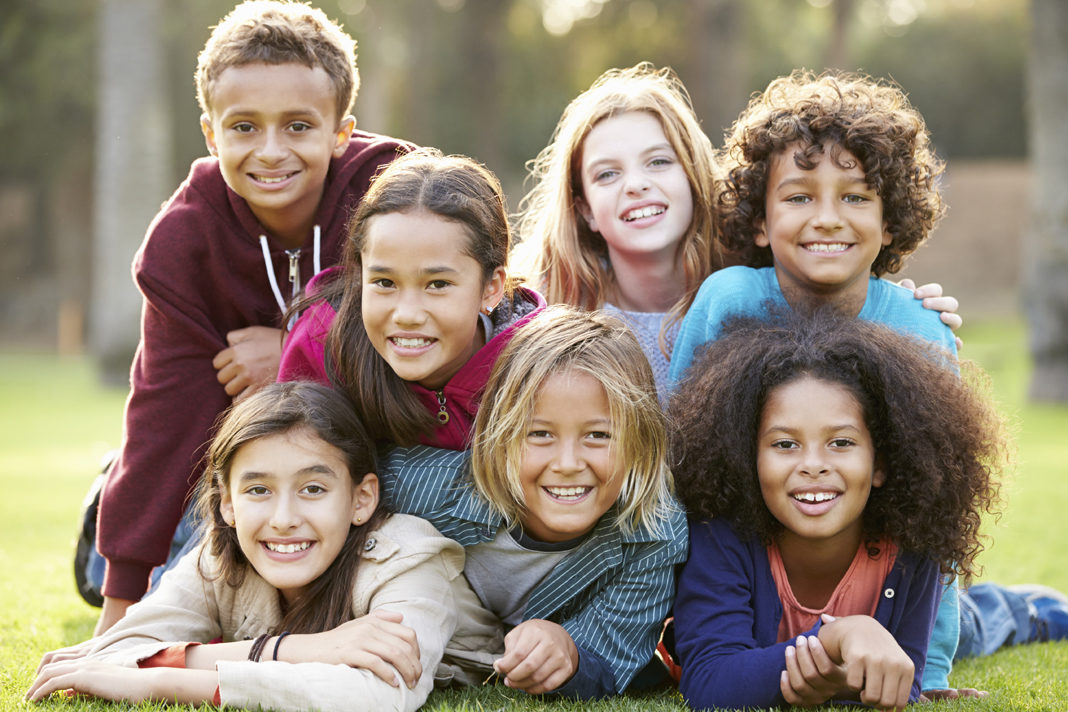 FPI & FWI drafted an Online Letter addressed to the Minister of Basic Education, Angie Motshekga – other relevant government departments – and members of Parliament detailing seven critical reasons why “Comprehensive Sexuality Education” (CSE) must not be implemented in South Africa’s public schools in 2020.

We aim to build a broad alliance of religious and civil-society groups through PCSAC.  Christian denominations, Church networks, parents groups, medical and business organisations and teachers groups can sign on as members of the “Protect Children SA Coalition” by signing the Online Letter that will be delivered to the Department of Basic Education soon.

We also strongly urge individual citizens to sign the Online Letter urgently to demonstrate the overwhelming opposition to CSE in South Africa. Most citizens informed about CSE were horrified the Department of Basic Education (DBE) would implement blatant sexual indoctrination in the nations public schools that is clearly influenced by global sexual rights radicals. 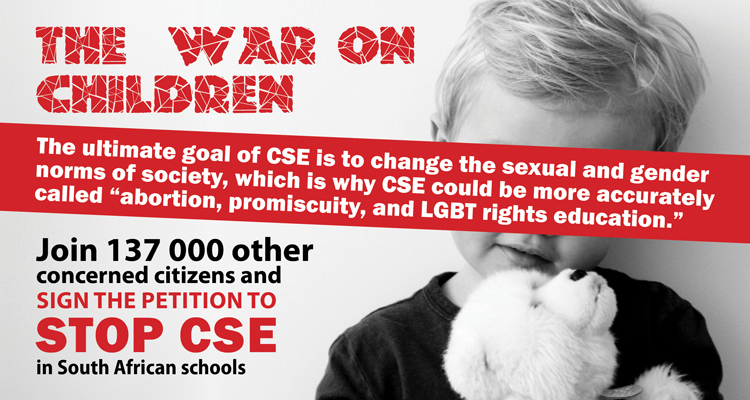 WE URGENTLY NEED YOUR HELP! PLEASE FORWARD THIS EMAIL WITH THE ONLINE LETTER TO FAMILY, FRIENDS, CHURCH MEMBERS, COLLEAGUES ETC AND URGE THEM TO SIGN IT!

South Africa’s school children face the grave threat of harmful sexual indoctrination under the guise of “sex education” by groups like “International Planned Parenthood Federation” (IPPF) – the largest abortion provider in the US.  CSE was devised by IPPF and the global sexual rights movement to bypass parental authority and indoctrinate children with sexual perversion.

FPI sent a letter to the Minister of Basic Education co-signed by seven major Christian denominations on 14 August expressing deep concern with the proposed implementation of CSE in South Africa. We further requested a meeting with the Minister to discuss valid concerns with the content of this controversial program and the rationale behind it.

Although the Minister’s private secretary acknowledged receipt of the letter and despite several reminders, Ms Motshekga – a public servant – has thus far refused to respond to public concerns.

In addition, on 29 August I sent a letter to the Department of Basic Education again expressing concern with the proposed implementation of CSE and requested clarity on the program and its contents. This time the DBE flatly ignored the letter despite several attempts to get a response.

Alarmingly, the content and rationale behind the implementation of CSE in South Africa’s schools appears to be a closely guarded secret. The fact that government refuses to divulge highly contentious material contained in a program devised by foreign groups that instructs South African children about decisions on sex, gender identity and values – is outrageous!

Churches, religious organisations, civil society groups, parent networks, medical and business organizations and individual citizens must speak up now to protect the dignity and innocence of children and the rights of parents to determine their children’s education standards.

Please sign the Online Letter today by adding your organization’s name and your name to the “Protect Children SA Coalition.” We will deliver the Online Letter to government – hopefully including millions of signatures – demanding they scrap CSE in South Africa!

The health and innocence of South Africa’s school children depend on you acting on your convictions today. Please sign now to defend the fundamental rights of parents and help protect young children from destructive state-driven sexual indoctrination.

We have very little time left to stop this assault on children! Please forward this email to everyone on your database and urge them to add their names to the “Protect Children South Africa Coalition” by signing the Online Letter today!