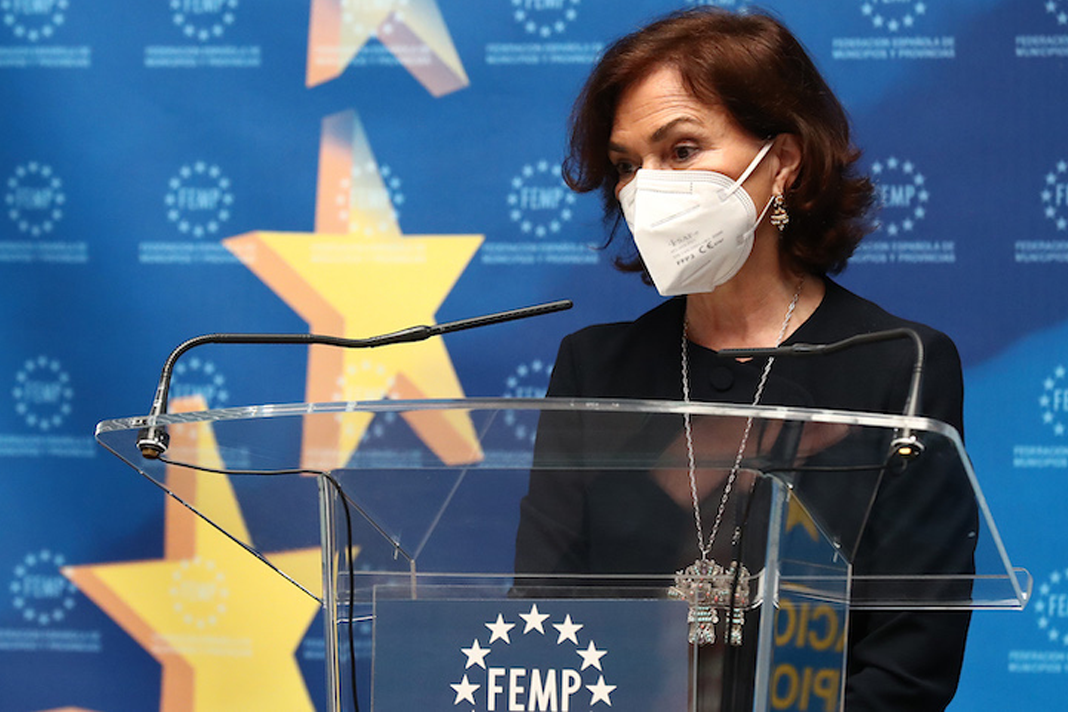 The Spanish Vice President presented a project to provide city councils with tools and resources “to manage religious diversity with equality, freedom and tolerance”.

The reality of religious diversity in Spain is mainly managed by the city councils but these do not always have adequate knowledge of the matter.

This has led to management problems and in some cases even to a warning in the United Nations Human Rights Council, due to discriminatory treatment of religious minorities.

That is why the Spanish government, through the Pluralism and Coexistence Foundation, the Spanish Federation of Municipalities (FEMP) and the University of Deusto (Basque Country), has developed a project that aims to provide the necessary tools and resources to improve the day-to-day management of this reality.

The project, called “Municipalities for tolerance: Towards better management of religious diversity”, was presented at the headquarters of the FEMP, with the participation of its President, the mayor of the Galician city of Vigo, Abel Caballero.

Carmen Calvo, Spanish Vice President, who is in charge of relations with the faith groups in Spain, also attended the event. She pointed out that Spain is“a democracy that protects religious diversity as one of the great fundamental rights”.

The project seeks to help local governments to manage religious diversity, “with equality, freedom, respect and tolerance for the fundamental right to practise the religion of your choice, not to practise any religion and that no one can impose it on you”, said the Minister.

According to Calvo, “we have built a network of municipalities that will be attended to by professionals who understand the subject, with an inclusive, free, egalitarian approach”, which is “typical of a democracy that has to respect the religion of each of its citizens”.

Promoting coexistence and equality
Calvo stressed the “importance of being vigilant” because “freedoms, dialogue, peace, coexistence, solidarity and equality are at stake” in times of crisis in which “there are turning points that can lead to light or darkness”.

“Freedom cannot be practised without equality”, because “equality is built with solidarity, there is no other way”, she added.

For Calvo, Spain’s evolution in terms of religious diversity “is an asset, a reality that has put us in a modern place of freedoms”.

“The reality of diversity in our country cannot be denied”, pointed out Calvo, as she thanked the participating mayors, “and those who will join in”, for being open to “projects that build this country in a peaceful, dialogue-based and brilliant way”.

Committed to improve religious diversity
In the founding charter, the signatory municipalities commit themselves to “ensure, within the scope of their functions, the exercise of freedom of religion”; “eliminate of all forms of unjustified discrimination based on beliefs”; “the promotion of respect, understanding and tolerance towards religious diversity” and “inter-administrative coordination and collaboration”.

Date published: 02/06/2021
Feature image: Carmen Calvo during the presentation of the project in Madrid. / Pool Moncloa.