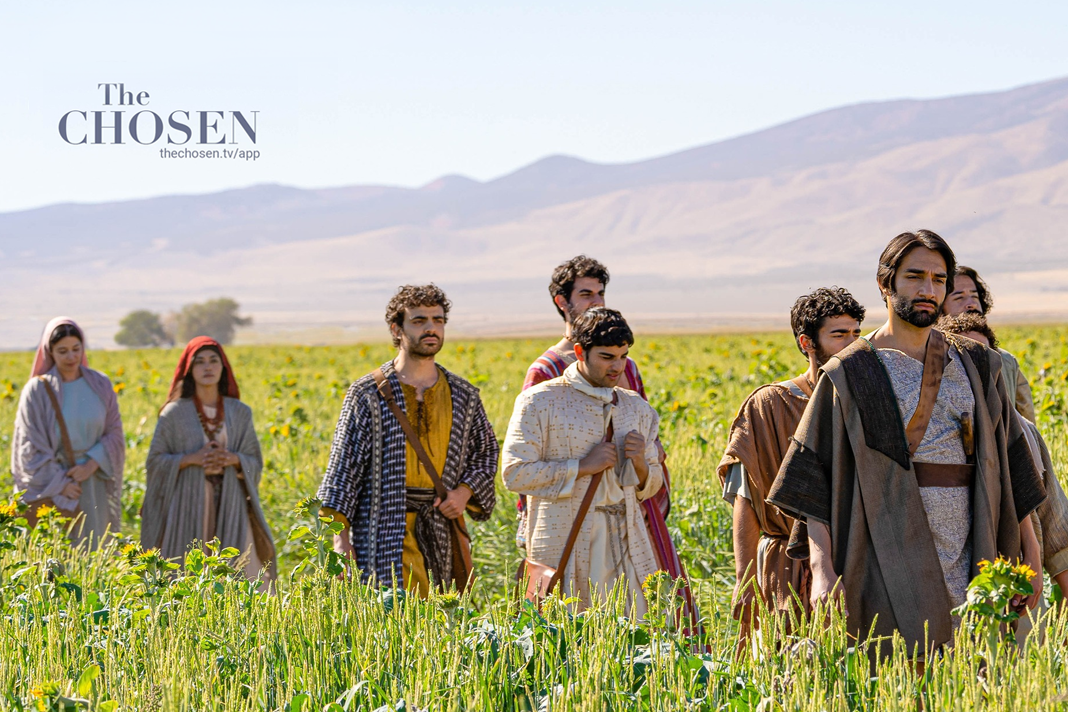 “The Chosen” creator Dallas Jenkins’ recent Instagram post says it all: “Why are there tears in my eyes? Because this is Alex, the man who messaged me over five years ago at 4 in the morning in the lowest moment of my career. God prompted him out of the blue to tell me, ‘It’s not your job to feed the 5,000, it’s only to provide the loaves and fish.’

Jenkins obeyed the prophetic word—and the rest is cinematic history. “The Chosen,” now filming for Season 3 on its own app, became the highest crowd-funded media project ever, raising $11 million for its first season. As his Instagram post recounts, Jenkins brought Alex all the way from his native Romania to participate in this past week’s filming of the feeding of the 5,000. The scene was filmed on land belonging to the Salvation Army’s Camp Hoblitzelle in Midlothian, Texas.

Approximately 12,000 extras, including Alex, arrived from across the globe for the filming of the biblical story. Late last year, the show announced that anyone who donated $999 or more between Aug. 22, 2021, and Dec. 31, 2021, had qualified to be on set for the filming. Qualified donors and their immediate families could register to attend on June 7 or 8 and pay a fee to cover facilities and catering, organizing their own travel, transport, accommodations and costumes for the available 10,000 spots. Fans from 32 countries and every U.S. state signed up to participate, and many who came used social media to express their enthusiasm for the massive project:

With my bride right now on the set of The Chosen as 2 of 5,000 extras for the filming of the feeding of the 5,000. #thechosen. pic.twitter.com/hrIAgtcnkH

Joining thousands in filming the “Feeding of the 5,000 miracle” in Texas heat.

Have you seen @thechosentv yet? This show about the life of Jesus & his disciples has been such a beautiful & impactful source of encouragement in our lives & we were privileged to join thousands of others in re-telling the feeding of the 5,000 miracle. pic.twitter.com/LAlA0R03xP

“The majority of the people here have made their own costumes,” Derral Eves, CEO and executive producer of “The Chosen,” tells KLTV. They’ve come at their own expense to be here. It’s really great to see the diversity of costumes and the diversity of people, and it’s just a blessing to see all the support.”

“Ultimately, the people that are putting their life on pause, coming out here, helping us with the feeding of the 5,000 means so much to me because they’re so dedicated to the show and that will also translate to them sharing it more because they’re going to be in an episode, and they’re going to want to share that with their friends and family,” Eves says. “I want people to walk away feeling like they experienced it, and when they get back to the Bible and into that verse, they’ll see it a little bit differently because of their experience here, and hopefully it will deepen their relationship with Jesus Christ.”