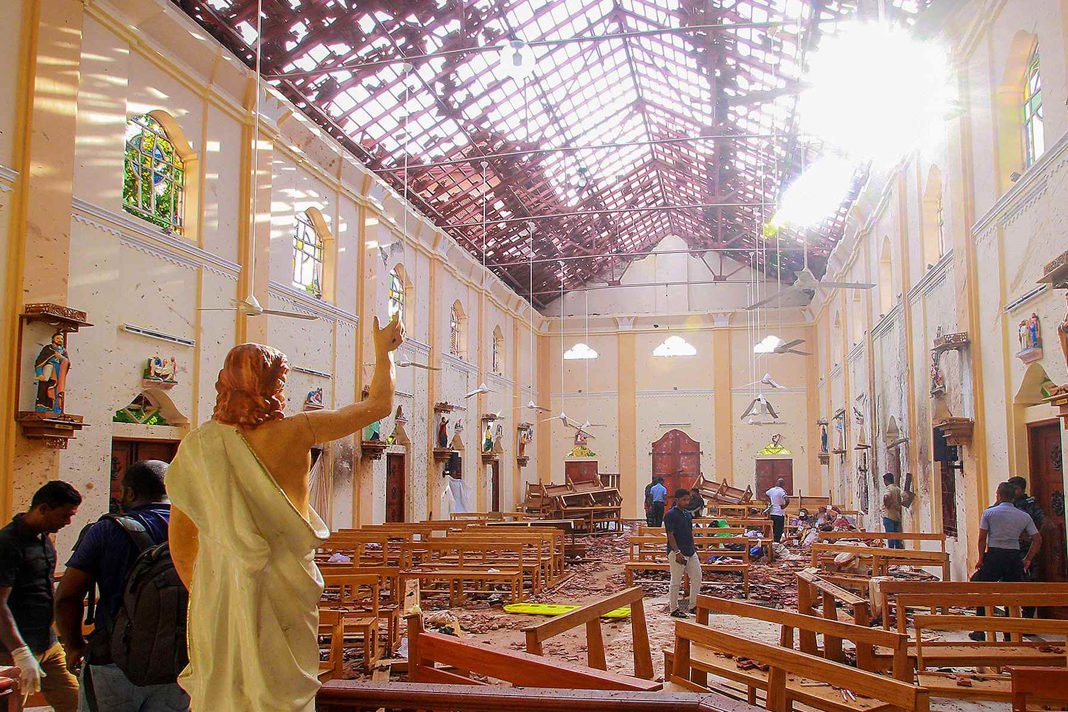 Acts of violence based on religion or belief are on the increase globally. This includes atrocities that amount to genocide and crimes against humanity. While such acts of violence (and also severe deprivation of human rights) affect all religious groups (especially minority religious groups), over the recent months, report after report has been raising the issues that relate to the persecution of Christians globally.

A recent report, produced by the Bishop of Truro for the British Foreign and Commonwealth Office, identified “a global phenomenon of discriminatory behavior and physical attacks, some sadly deadly, on Christian children, women and men, often from the world’s poorest communities.” Studies consistently show that Christians suffer significantly higher levels of persecution and intolerance. In June 2018, the Pew Research Center stated that over the course of 2016 Christians suffered harassment in 144 countries. By this calculation, Christians emerge as the world’s “most widely targeted” faith group, slightly ahead of Islam.” Similarly, Open Doors’ World Watch List 2019 shows an increase in the persecution of Christians in 73 countries (affecting 245 million Christians). It says that Christians faced extreme, very high and high levels of persecution in 2018. According to Open Doors, the data for 2018 suggest an increase from 58 countries (215 million Christians) in 2017. However, as another recent report “Persecuted and Forgotten”, produced by the pontifical charity Aid to the Church in Need, emphasises “in spite of the growing wealth of information on the subject, the extent of the crisis facing Christians persecuted for their faith remains little known and understood.”

Some of the concerns raised in the several report have been heard. Indeed, the British Prime Minister Boris Johnson stated that “in light of mounting evidence that Christians suffer the most widespread persecution, we asked the Bishop of Truro to carry out an independent review to ensure that our work in this area matched the scale of the problem. We have accepted, and will implement, all of the review’s challenging recommendations. We will use the U.K.’s global reach and program funding to improve the lives of persecuted people.”

Among the recommendations produced by Bishop of Truro in his report, one calls for the recognition of the phenomenon of the persecution of Christians. The underlying issue is that a new approach to this global issue is required, one that recognizes that the widespread issue of persecution of Christians is a phenomenon and not a series of single incidents of violent human rights abuses. A phenomenon that requires a more comprehensive response that acknowledges the level of the issue.

Yet, while the U.K. is rightly exploring the issue, it is crucial to emphasize that some states have already reached that conclusion. Among others, Hungary recognizes that the attacks on Christians around the world are not a matter of coincidence, that they constitute a global phenomenon that will not cease on its own. As a result, the Government of Hungary has established the State Secretariat for the Aid of Persecuted Christians which has been tasked with “providing direct support for persecuted Christian communities and raising domestic and international political and public awareness of the phenomenon and increasing scale of Christian persecution in the 21st century.”

The Government of Hungary also established the Hungary Helps Program to provide a broad range of humanitarian services to Christians persecuted for their religion in many countries in the Middle East and Africa. The scope of their work continues to expand geographically. Some of the main achievements of Hungary Helps are rebuilding a whole village in the Nineveh Plains of Northern Iraq to ensure that the lawful home owners can return to their homes, providing scholarships to students to allow them to continue their education in Hungary, building schools, funding hospitals and more. It is the only state-run program of its kind. In November 2019, for the second time, Hungary organized an international conference on Christian persecution, uniting over 700 people from all over the world, state leaders, religious leaders, survivors, experts and civil society, to engage with the issue and seek further approaches to address it. The tailored approach taken by Hungary is a unique one and one that is not replicated elsewhere.

There are many ways states can assist the persecuted Christians globally, and especially those communities on a verge of annihilation. However, a comprehensive response will not happen without recognizing that the atrocities are a part of a global phenomenon. Until then, the response will be too fragmented to make a change to the lives of those targeted.

Ewelina U. Ochab is a legal researcher and human rights advocate, PhD candidate and author of the book “Never Again: Legal Responses to a Broken Promise in the Middle East” and more than 30 UN reports. She works on the topic of persecution of minorities around the world. This piece was re-published from Forbes with permission.

Date published: 29/12/2019
Feature image: A blood-stained statue of Jesus Christ is pictured while officials inspect the site of a bomb blast, as the sun shines through the blown-out roof, inside St Sebastian’s Church in Negombo, Sri Lanka, April 21, 2019. / Reuters Photo