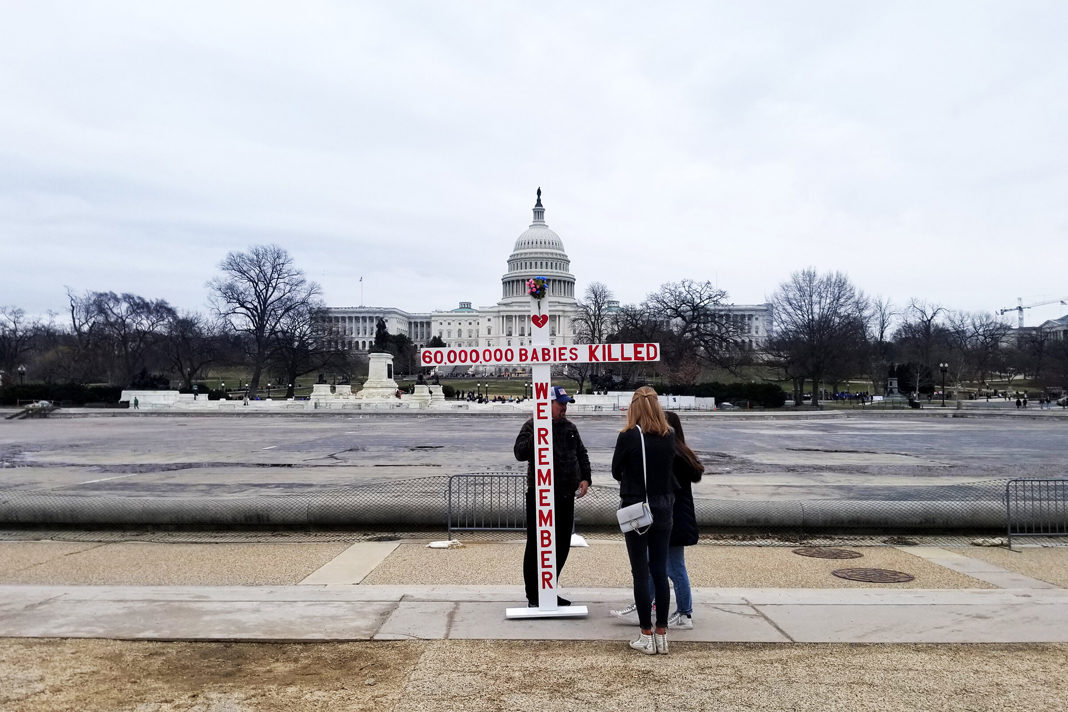 The tens of thousands of demonstrators who packed the National Mall became the first audience to witness an American president attend the annual March for Life.

As the mall’s lawns teemed with families, high school groups and a smattering of clergy wearing various vestments during the pre-march rally on Friday, President Donald Trump was announced and the crowd erupted in cheers.

The president called the turnout “tremendous” and thanked the thousands of high school and college students who took long bus rides to be there.

“Young people are the heart of the March for Life, and it’s your generation that is making America the pro-family, pro-life nation,” he said. “The life movement is led by strong women, amazing faith leaders and brave students who carry on the legacy of pioneers before us who fought to raise the conscience of our nation and uphold the rights of our citizens.” 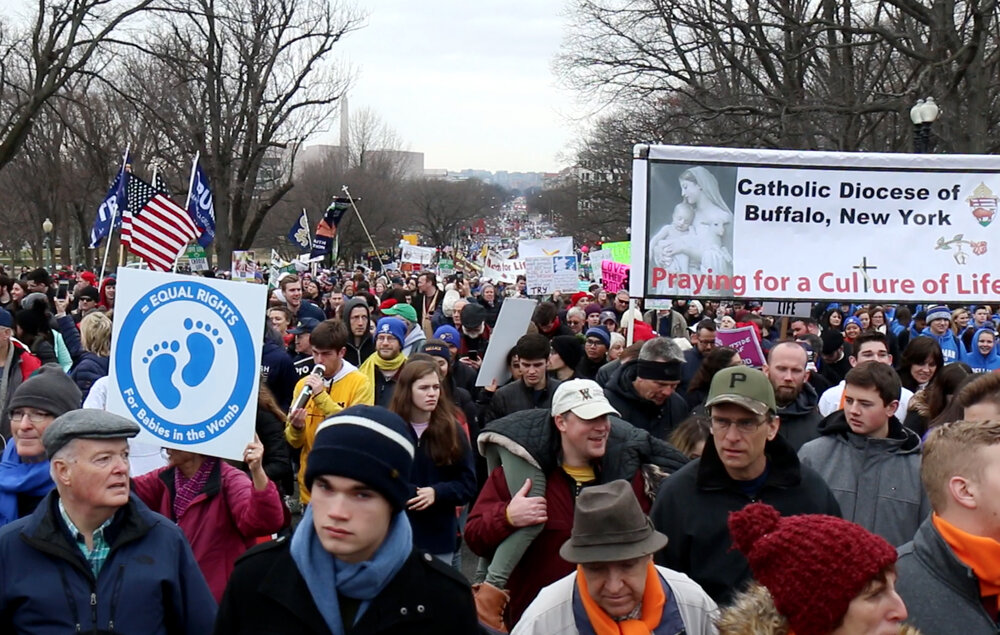 Trump said his administration has taken decisive action to protect religious liberty, which he said is under attack around the world and in the United States.

“You see it better than anyone, but we are stopping it,” he said.

Trump accused the far left of actively working to erase “our God-given rights, shut down faith-based charities, ban religious believers from the public square and silence Americans who believe in the sanctity of life. They are coming after me because I am fighting for you, and we are fighting for those who have no voice, and we will win because we know how to win.”

He said that Democrats have taken radical positions on abortion, citing lawmakers in New York who he said “cheered with delight” when they passed legislation “that would allow babies to be ripped from mother’s womb until the moment of delivery.”

The state passed the Reproductive Health Act last year, which expanded access to abortion after 24 weeks of pregnancy.

New York had only allowed third-trimester abortions in cases where the mother’s life was at risk. The new law allows them when they are determined to be “necessary to protect the patient’s life or health.” The change also allows abortion at that stage when there is an “absence of fetal viability.”

The march was the 47th to be held since the Supreme Court’s Roe v. Wade decision in 1973.

Date published: 01/01/2020
Feature image: A demonstrator picked a spot away from the throngs of people who attended the 47th annual March for Life on Jan. 24. Photo by Micah Danney.