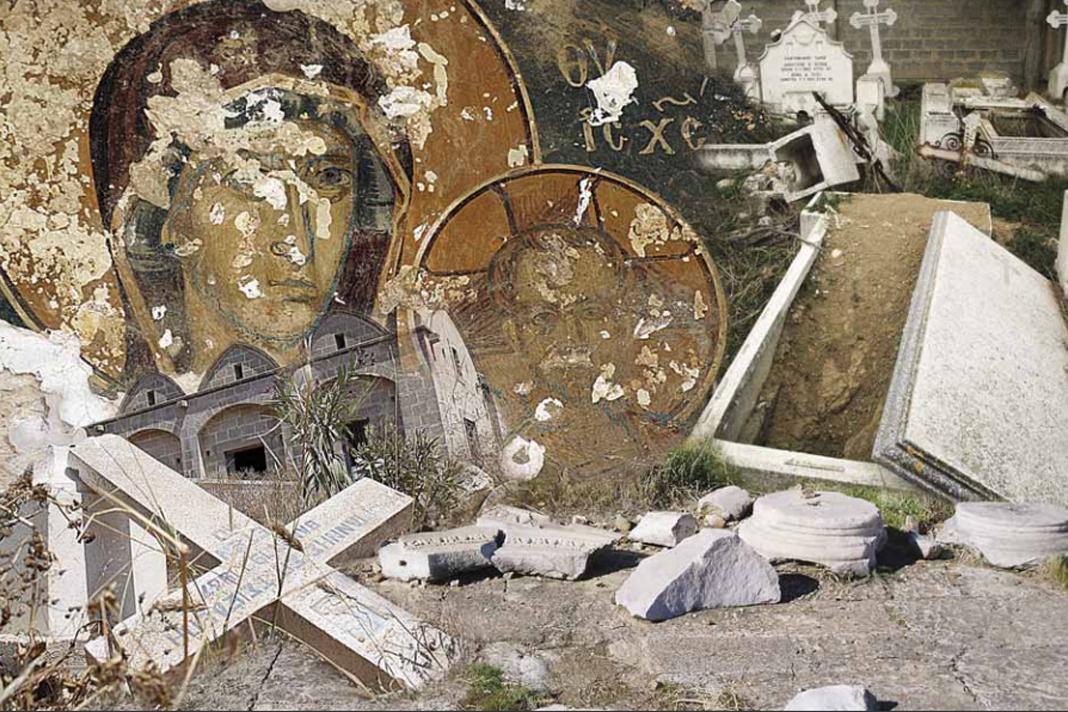 The Turkish invasion of the island of Cyprus has led to the destruction of the ancient Christian and Cypriot culture. The NATO country has occupied the EU member island nation since 1974.

Some 40,000 Turkish soldiers remain in the northern part of the country after Turkey established the Turkish Republic of Northern Cyprus (TRNC).

Cyprus was a majority Greek nation with a deep Greek Orthodox and Christian heritage. Since the Turkish invasion, Greek Cypriots have fled their homes and churches in the north.

Christian cemeteries and churches were converted to mosques and assorted businesses while other religious monuments were vandalized or destroyed.

Ninety-year-old Greek Cypriot citizen, Spyros Hadjigregoriou, passed away in November 2021. Although he died in his native country of Cyprus, he was deprived of his final wish, to be buried in his home village of Gerolakkos.

Hadjigregoriou, like many Cypriots, spent years attempting to receive permission to visit his home village and to be allowed to be buried in his home.

His requests were regularly denied. He regularly advocated for peace and promoted community in his area. Hadjigregoriou visited his requested burial place and discovered that the majority of the gravestones were no longer there, after years of neglect and vandalism.

Date published: 17/06/2022
Feature image: Great numbers of ancient Greek, Roman and Byzantine artifacts and monuments have either been destroyed or lie neglected in the occupied northern part of Cyprus. Credit – Cyprus Ministry of Foreign Affairs