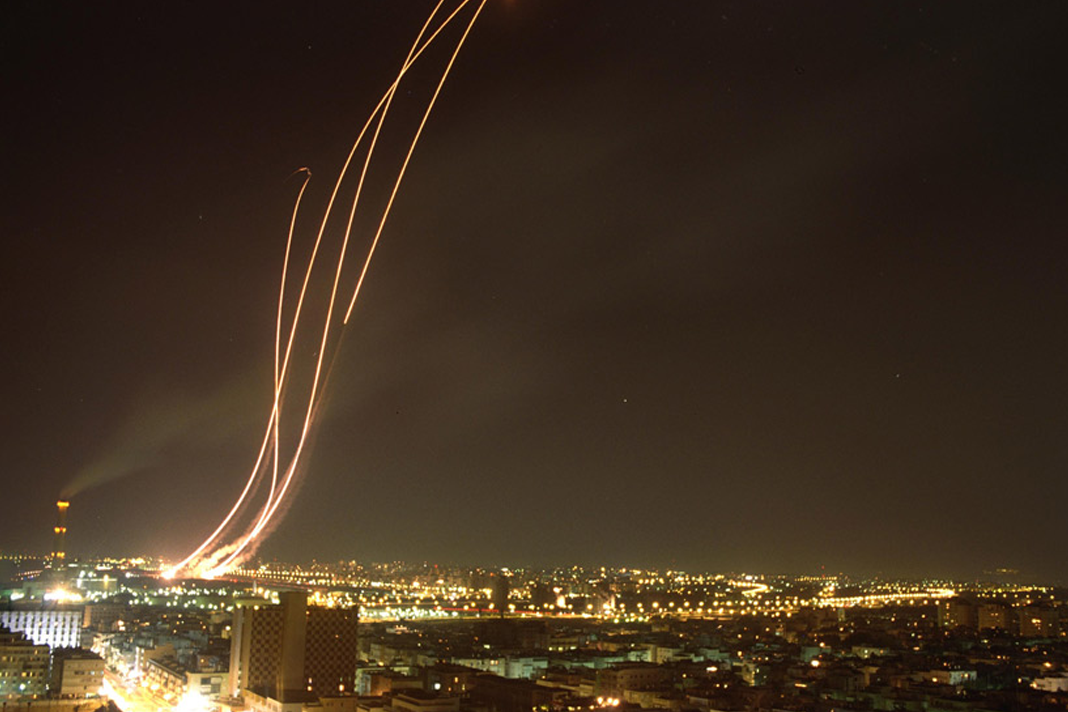 Given the history of the region, it is a given that the Palestinian-Israeli conflict will be complex and painful. It is also a given that, in the international court of opinion, the guilt of Israel is assumed and Jew-hatred is never far from the surface.

Throughout the small country of Israel, families have been hunkering down in their bomb shelters — every home in Israel must have a bomb shelter — as the IDF seeks to fend off the attacks and protect its people.

So, Hamas terrorists, apparently aided and abetted by Iranian money, shoot several thousand rockets into Israel, reaching Jerusalem and Tel Aviv and even the Galilee, killing children as young as 5. Yet when Israel responds forcefully, it is Israel that is the arch villain, sparking world outcries and massive rallies. “Stop the genocide!” the crowds cry.

Throughout the small country of Israel, families have been hunkering down in their bomb shelters — every home in Israel must have a bomb shelter — as the IDF seeks to fend off the attacks and protect its people. (And remember that the D in IDF stands for “defense.”)

But there is no sympathy for these families, no concern for their wellbeing. Instead, to a person they are deemed guilty of genocide, seeking to wipe out the Palestinian people. At least that is the message being conveyed in rally after rally, as if the Hamas terrorists are the good guys and all Israelis are the monsters.

Yet what else should we expect? After all, Israelis, by and large, are Jews. And Jews … . Well, enough said.

Ah, but it’s such a cool-sounding slogan. Why not use it anyway?

That’s why this same Twitter account rebuked supermodel Bella Hadid, whose father is Palestinian and who livestreamed her participation at one of these rallies. (She had also posted some Israel-damning posts on her massive Instagram account, posts which were subsequently removed by Instagram.)

Israel’s tweet read:
When celebrities like @BellaHadid advocate for throwing Jews into the sea, they are advocating for the elimination of the Jewish State.

This shouldn’t be an Israeli-Palestinian issue. This should be a human issue.

What Should Israel Do?
Certainly, questions can be raised about larger Israeli policies and about the radical-right elements rising in Israeli society. And certainly, we must have compassion on the Palestinians living in the West Bank and Gaza, since, in many ways, they are the ultimate victims of their corrupt leadership (be it Hamas or the Palestinian Authority).

In particular, growing up in Gaza, living with terrible unemployment, exposed to state-run, Israel-bashing propaganda, shut in by a blockade (to thwart terrorist activities), and subjected to periodic, devastating bombing, resulting in hundreds of casualties, it is easy to understand why you would hate the Jewish state.

Yet, in reality, when Israel turned Gaza back to Palestinian control in 2005, had the Palestinian leadership sought to live at peace with Israel, the Gaza Strip could be flourishing today. Instead, after bloody infighting between Hamas and the Palestinian Authority, Hamas emerged victorious. And with its fundamental purpose being the annihilation of the Jewish state, how can there be peace or harmony? What, pray tell, should Israel do?

Israel Seeks to Avoid Civilian Casualties. Hamas Uses Human Shields
Not only so, but every woman or child or non-combatant male in Gaza killed by Israeli bombs is a massive PR victory for Hamas. The more they mourn their dead — and the people certainly feel these losses as acutely as any other families would — the worse Israel looks. Victory for Hamas!

As for Israel, it is well-documented that the IDF does everything in its power to avoid civilian casualties. Yet when Hamas uses the civilian population as human shields, many casualties are guaranteed.

For the average Israeli, this, too is a tragedy. They do not glory in Palestinian children being killed. For the average Hamas fighter, a dead Israeli, of any age, is a cause of rejoicing. Yet in the eyes of the world, the Hamas terrorists are the freedom fighters, worthy of praise and support, while the Israelis are despicable.

Antisemitism on Display
But it goes deeper still. It is the Jews themselves who are guilty, which is why synagogues in Germany were attacked in recent days.

That’s also why Adeel Raja, formerly a freelance contributor to CNN but just fired, tweeted on Sunday, “The world today needs a Hitler.” (That’s why he was fired.)

And that’s why I summed things up with my own tweet on Sunday, saying, “Three things we have learned from the latest conflict between Israel and Hamas: 1) there is no simple solution to the Israeli-Palestinian conflict; 2) Hamas truly is a terrorist organization; 3) at a moment’s notice, the world will turn completely hostile to Israel (and the Jews).”